Rugby league journalist Paul Kent has teed off on sections of the media who called for Raiders coach Ricky Stuart to be banned for the rest of the NRL season following his foul-mouth tirade directed at Panthers star Jaeman Salmon.

Speaking on NRL 360 on Tuesday, Kent told ‘idiots on radio’ who ‘don’t even use their own names’ to ‘p*** off’ after they publicly stated Stuart had crossed the line and needed to be held accountable for his savage comments.

Kent could have been directing his fury at rugby league identity Andrew Voss, who is employed by SEN Radio as well as Fox Sports.

Speaking post-game on Saturday night after the Raiders were blitzed 26-6 by an undermanned Panthers side, Stuart labelled five-eighth Salmon a ‘weak-gutted dog’ in an extraordinary attack.

The NRL has since fined Stuart $25,000 and suspended him for all coaching duties until August 16.

Kent – who is good mates with Stuart – acknowledged the Canberra coach was out of line, but felt calls for the Raiders club legend to be banished for the remainder of the NRL season were excessive.

‘I don’t agree with it,’ Kent said when asked by co-host Braith Anasta if Stuart’s punishment was sufficient.

‘I think the NRL have been looking to suspend a coach and they engineered backwards on this one.

‘I think they went backwards from OK this is an opportunity to do it, so let’s apply it.

‘I had a vigorous conversation with (NRL CEO) Andrew Abdo. I understand where he is coming from. I don’t agree with it and he doesn’t agree where I’m coming from.’

Kent wasn’t finished yet, telling those calling for a harsher punishment for Stuart to ‘p*** off.’ 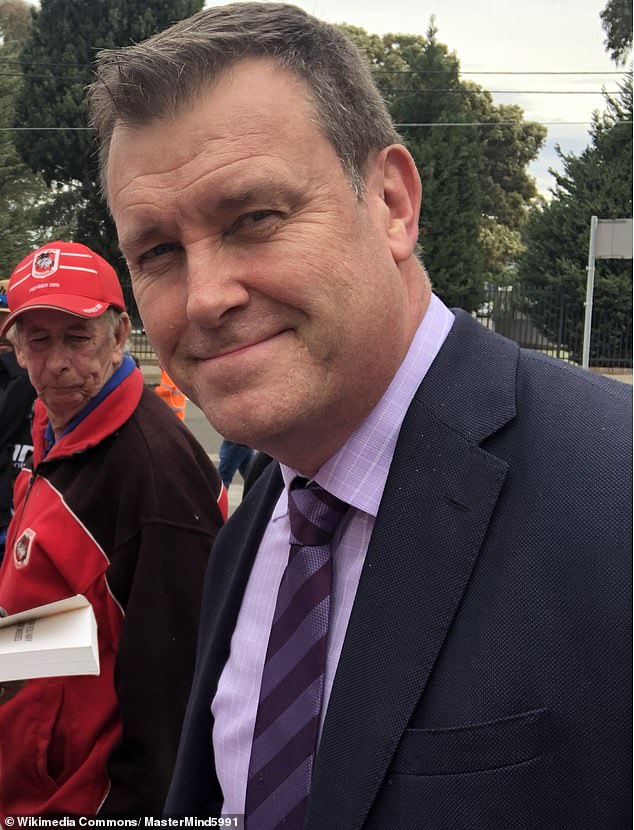 Speaking on NRL 360 on Tuesday, Kent told ‘idiots on radio’ who ‘don’t even use their own names’ to ‘p*** off’ – he is believed to have aimed his jibe at SEN radio host Andrew Voss (pictured) 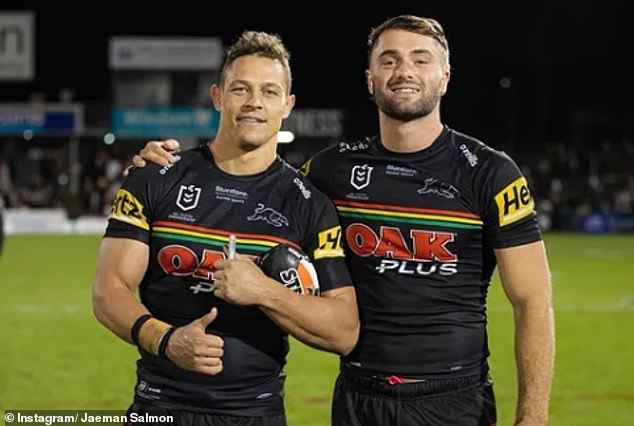 The NRL has since fined Stuart $25,000 and suspended him for all coaching duties until August 16 after the incident with Jaeman Salmon (pictured right)

‘Those idiots on radio who don’t even use their own names and sit there and say he should get the rest of the season, p*** off,’ Kent said.

‘Who cares what they think. There is too many people who I don’t think are invested enough in the game. They just have these off the cuff comments.

‘I have not defended once the fact that he said it where he said it. I understand the reasons he did and I still believe if the reasons ever came out then people and public opinion would swiftly turn in his favour.’

On Monday, Voss told listeners the Raiders must severely reprimand Stuart after his ‘weak-gutted dog’ comments.

‘Can I say for the record, because we do have to take a stand – I believe Ricky Stuart should be suspended for the rest of the year,’ he said.

‘I think the Raiders should stand him down and say, ‘Ricky, it’s been a long year, I cannot excuse what happened, you can have the rest of the season off’. 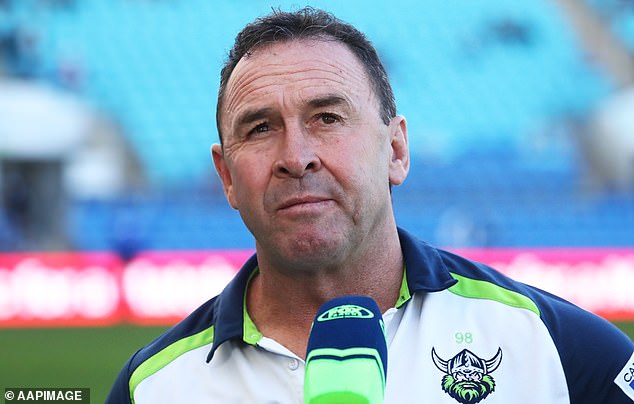 ‘You’ve got to take a stand. It can’t be a fine for this sort of behaviour. It cannot be a fine.’

Voss even felt Salmon has cause to sue the Raiders coach for defamation after slurring his character, believing the character assassination could be a case of mud sticking for the emerging five-eighth.

In what are now infamous scenes, Stuart referenced his ‘history’ with Salmon at the post-game press conference last Saturday.