Paul Lambert is ‘100 per cent’ certain about sticking by his decision to exile Saido Berahino for the rest of the season.

Berahino has been sent to train with the Under-23s over poor timekeeping and application and despite Stoke’s struggles in front of goal the striker will not be recalled.

Jese Rodriguez will not be seen in a Stoke shirt again after going AWOL back in Spain with the club attempting to rip up the PSG loanee’s contract. 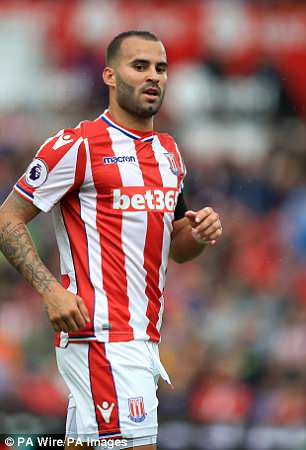 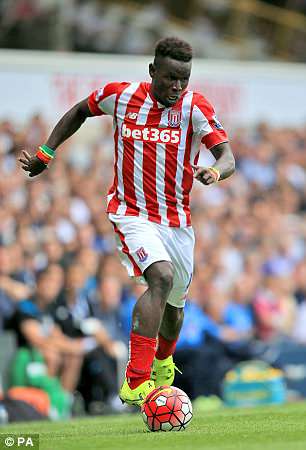 Mame Biram Diouf was guilty of a bad miss in the 1-1 draw with Burnley but Lambert says his effort and energy matches his demands and had a resounding answer when asked if he felt satisfied at jettisoning other options.

‘One hundred per cent,’ replied the Scot. ‘I’ve got no qualms whatsoever. It’s my decision and it is right for the football club. That’s the decision I have made.’

Chairman Peter Coates has said earlier Stoke plan to stick with Lambert whatever the outcome of this season and Lambert added: ‘Some players will probably be happy and some not happy, but that’s football. 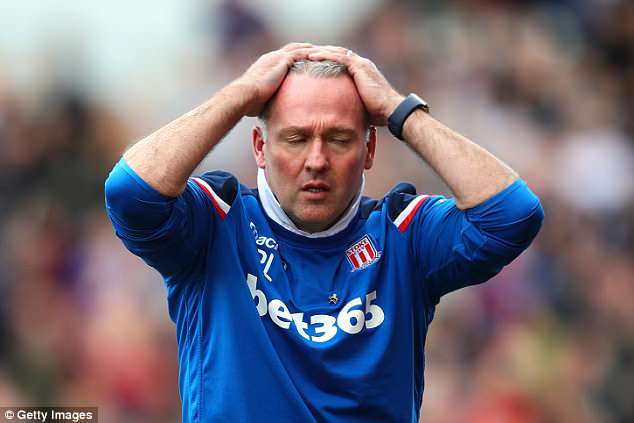 ‘Whatever decision the club is going to make, it is important for Stoke City. I’m glad to have the chance to re-build it, whatever league we are in. It’s nice to hear.

‘I get on well with everybody here, but I also know it’s a big job.’

Discussions on Berahino’s future will take place at the end of the campaign. The 24-year-old was signed for an initial £12million fee in January 2017 but has yet to score for Stoke.

He is playing Under-23 fixtures and watched the Burnley game from the bet365 Stadium stands.