In the span of just two years, Paul Manafort has gone from one of Washington’s most sought-after Republican lobbyists to a political pariah – and his sentencing will seal that status forever.

It has been a long and spectacular fall from grace for the 69-year-old former Trump campaign manager, the son of a small-town mayor who went on to work for four U.S. presidents and made his fortune as the Washington mouthpiece for some of the world’s most notorious dictators.

Today Manafort has few defenders in the nation’s capital, after being convicted of tax fraud and money laundering by special counsel Robert Mueller – who first secured a guilty verdict from a jury then a plea deal on the eve of a second trial.

Even Manafort’s former boss, President Trump, claimed he never would have hired the former lobbyist if he had known about the allegations.

‘Paul Manafort came into the campaign very late and was with us for a short period of time (he represented Ronald Reagan, Bob Dole & many others over the years), but we should have been told that Comey and the boys were doing a number on him, and he wouldn’t have been hired!’ wrote Trump in a Twitter post in June.

The power brokers: Paul Manafort, his future business partners Roger Stone and Lee Atwater, were photographed as young Republican operatives. Stone, a Trump confidante and notorious political dirty trickster is now fighting off the Mueller probe himself; Atwater died in 1991, a former RNC chairman with a reputation for dirty campaigns. All three cashed in on their political work by lobbying those they got elected

Manafort, the grandson of an Italian immigrant, was raised in a staunch Republican home in New Britain, Connecticut.

When he was 16, his father Paul John Manafort Sr. was elected mayor of New Britain and served for three terms.

In 1981, Manafort Sr. was indicted – but later acquitted – on perjury charges in a sweeping city corruption and bribery scandal that also ensnared the police and fire chiefs.

After Catholic parochial schools and graduating from Georgetown University Law School, Manafort went on to work as an advisor for Republican Presidents Gerald Ford.

He served as an advisor to Ronald Reagan, George H.W. Bush and Bob Dole’s presidential campaign.

But he – and his business partners – worked out how to turn political advising into a gusher of cash: by lobbying the very politicians they had helped elect.

He co-founded a prominent lobbying firm with ex-Nixon aide Roger Stone, and other partners, which shopped their access to top Republicans to U.S. businesses, state and city governments, and anyone who would pay. 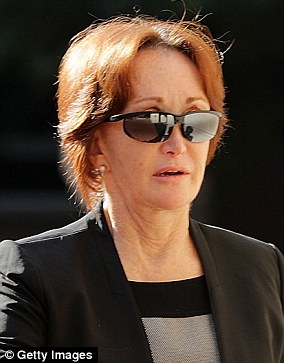 Betrayed: Kathleen Manafort stood by her husband despite his family finding proof of his mistress on Instagram; she attended every minute of his trial and was there when he said he was flipping

Manafort went on to found his own political consulting firm in 2005, bringing on his former intern Rick Gates as his trusted deputy.

The victory paid off – between 2010 and 2014, federal investigators said Manafort’s firm earned ‘a cash spigot’: $60 million in fees from the Party of Regions’ political patrons.

According to prosecutors, Manafort stashed the funds away in a series of offshore bank accounts and shell companies, and failed to disclose the income in his tax returns. In total, they claim he dodged taxes on $15 million.

But after Yanukovych was voted out of power by Ukraine’s parliament in 2014, Manafort’s fortunes suddenly changed. He stopped getting payments from Yanukovych’s wealthy oligarch supporters, and started to have trouble paying his bills.

This is when prosecutors claim Manafort started applying for loans using phony financial information. In total, they said he scammed banks out of $20 million.

Manafort’s alleged crimes were uncovered during the course of a special counsel investigation led by Robert Mueller, who has been investigating potential Russian interference in the 2016 election and collusion with the Trump campaign.

In addition to the tax and bank fraud trial in Alexandria, Virginia, Manafort also faces additional counts of failing to register as a foreign agent for his Ukraine work. That trial is set to take place in Washington, D.C.

Even before the charges were filed against him, Manafort’s personal life had been unravelling, according to years of hacked text messages between his daughters Andrea, 32, and Jessica, 36, that were posted online.

According to the messages, Manafort’s family had caught him having an affair with a woman who was around the same age as his daughters, renting a pricy house for her in the Hamptons and paying her credit card bill.

They discovered the affair after seeing the woman’s posts boasting about her expensive travel and dinners on Instagram.

Manafort, who was undergoing an emotional breakdown according to the messages, committed himself to a psychiatric clinic in Arizona in 2015. 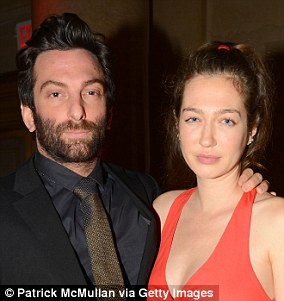 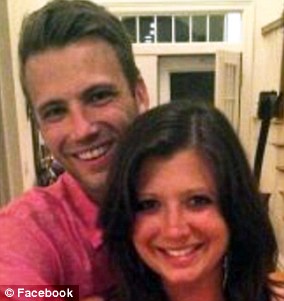 Texts: Manafort’s daughters Jessica (left, with now ex-husband Jeff Yohai, who flipped) and Andrea (right with husband Christopher Shand) exchanged text messages which were hacked revealing his affairs and calling him a psychopath. Jessica has changed her name to Bond, her mother’s maiden name 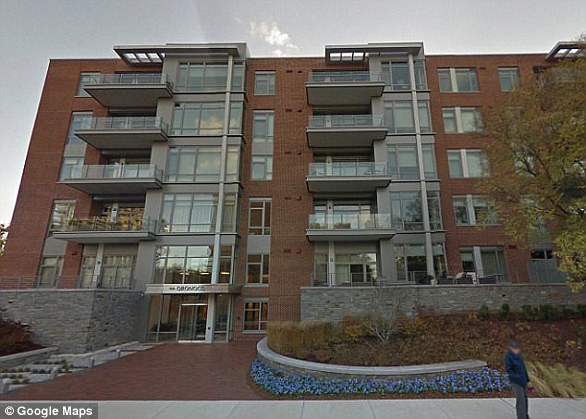 Fruits of lobbying: This is the condo overlooking the Potomac where the FBI raided Manafort on orders from Mueller. He bought it for $2.75 million, part of a property empire worth conservatively $15 million

After he was released in 2016 – claiming he had ‘new insight’ into himself – he linked up with the Trump campaign and became the candidate’s campaign manager during the crucial months surrounding the Republican National Convention.

His daughter Andrea took a different view of that. She wrote in a leaked text to a friend, who was not named in the leak: ‘Trump probably has more morals than my dad. Which is really just saying something about my dad. My dad is a psycho!!! At least trump let his wives leave him. Plus, Trump has been a good father.’

And she also texted: ‘Trump waited a little too long in my opinion, but I can attest to the fact that he has now hired one of the world’s greatest manipulators. I hope my dad pulls it off. Then I can sell my memoir with all his dirty secrets for a pretty penny.’

His other daughter, Jessica Manafort filed to change her name to Jessica Bond in August, after his conviction, telling the Los Angeles Times: ‘I am a passionate liberal and a registered Democrat and this has been difficult for me.’

Despite the clearly unhappy family, Manafort’s wife Kathleen stood by him in the face of his infidelity.

She loyally attended each day of his tax fraud trial, always sitting in the row directly behind his defense table.

Since June, Manafort has been incarcerated for alleged witness tampering related to his foreign agent case. He has been serving that time in a county jail in Alexandria which is close to the federal court where his tax and bank fraud trial was held.

After his conviction on eight of the 18 charges, he was kept inside because the outcome did not affect the allegation of witness tampering.

In a recent mug shot, the fashion-conscious Manafort sported a jailhouse jumpsuit and shadowy stubble. His brown hair, which he previously dyed, is now tinged with grey.

The former lobbyist, who once spent $18,000 on a python skin jacket, has also been forced to attend his trial without socks – because he reportedly balked at the white ones he is required to wear as an inmate.

Manafort’s conviction even impacted the legacy of his father, a popular three-term mayor in New Britain, Connecticut, from 1965 to 1971 – who was himself investigated for corruption, but unlike his son, never charged.

In August the city changed a street named after the former mayor from ‘Paul Manafort Drive’ to ‘Paul Manafort Sr. Drive’ in order to distance it from the controversy surrounding Manafort’s trial.