Paul McCartney, Tony Visconti and many more recall what David Bowie was like before success

‘Bowie was great, but he was all over the place’

‘He knew all about me and he was prepared to meet me, so we had a lovely first meeting,’ remembers Tony Visconti 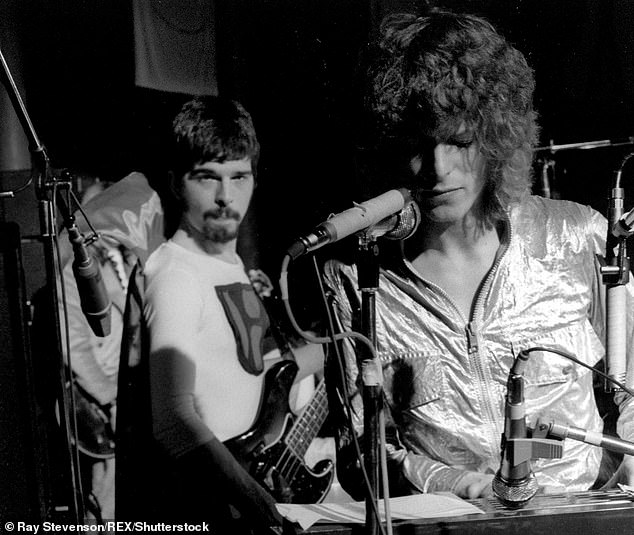 ‘My boss played me the first album David had just made for Deram – there was a song on there called ‘Uncle Arthur’ and another called ‘Mr Gravedigger’ – they all had very silly titles, but it was really cool and I said he’s great’

TONY VISCONTI (PRODUCER) The first time I met David was late in 1967 and he was a young songwriter signed to the publishing company that I worked for in London. My boss played me the first album David had just made for Deram – there was a song on there called ‘Uncle Arthur’ and another called ‘Mr Gravedigger’ – they all had very silly titles, but it was really cool and I said he’s great. I said he’s really talented but he’s all over the place, he doesn’t write in any particular style. And my boss said that’s the problem. ‘If you work with him, could you get him to write in one style?’ I said I would have a go, as I really liked him. David was actually in the next room, and so my boss opened the door and there was the young 20-year-old David Bowie. He knew all about me and he was prepared to meet me, so we had a lovely first meeting. We spoke for hours in the office and then spent the day together. We talked about his music and what we liked, and we were both drawn towards the same artists at the time, underground music like Frank Zappa . . . The office closed, and it was a beautiful autumn day so we decided to go for a walk. We walked from Oxford Street to the King’s Road. It was quite a long walk, and then we saw that the cinema there was playing the latest Roman Polanski film, Knife in the Water, and we went in and watched it. First day. So it ended at like nine in the evening. We said good night to each other, and we became good friends immediately. We really enjoyed each other’s company.

‘I want to go up in the world’ 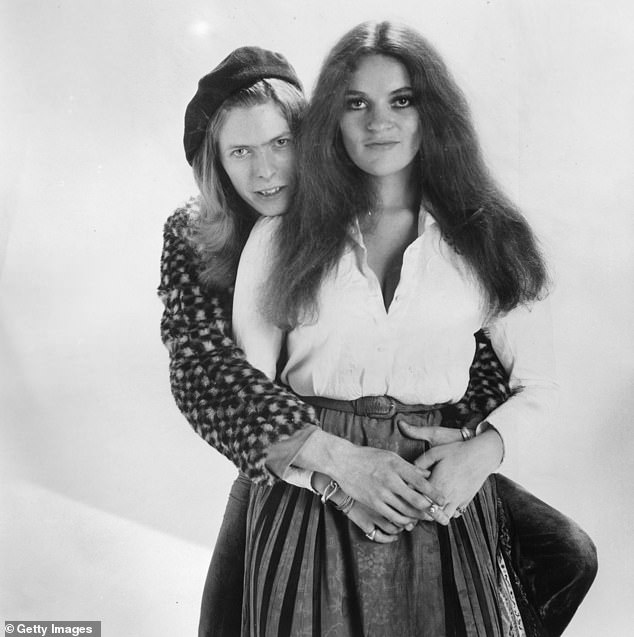 ‘He was ambitious from an early age, but then he had the talent. He had great interest in so many things’

DANA GILLESPIE (GIRLFRIEND) I went once to his parents’ place in Bromley, as he asked me to go there to meet them. I was 13 or 14, just after we met. And I go there and they’re in this tiny little working-class house, and I’ve never seen a house like this before. I walk in and the parents are sitting there and there’s a television blasting away in the corner, and nobody spoke. I think we had little tuna sandwiches. I came from a house where everyone chatted away and had a lot of social intercourse, but his parents didn’t say anything. It was a really cold house, a very chilly atmosphere. It was a tiny little house, the smallest I’d ever been in. Our house in South Kensington was enormous, but this looked like everything had been squeezed into it. I could immediately tell that David didn’t really like living at home. He was uncomfortable during the entire visit. When his parents went out, David said to me, ‘I want to get out of here. I have to get out of here. I want to go up in the world.’ So he went up in the world . . . He was ambitious from an early age, but then he had the talent. He had great interest in so many things. 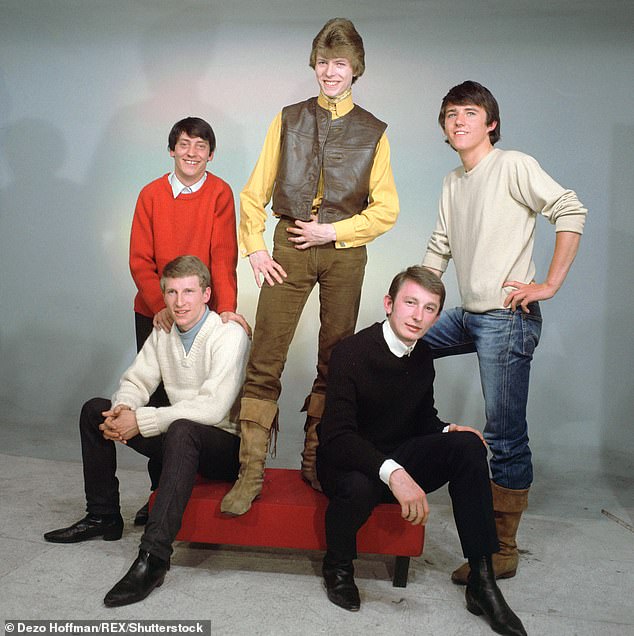 ‘It was coming up to David’s 15th birthday, and we both sort of liked the same girl, Carol Goldsmith’

GEORGE UNDERWOOD (childhood friend) It was coming up to David’s 15th birthday, and we both sort of liked the same girl, Carol Goldsmith. I invited her to a party, and David got absolutely drunk, but I stayed sober and asked Carol out, and she said, ‘Yes, next Wednesday at the youth club.’ David was a competitive sort, and he was furious. On the day, he phoned me and said, ‘She doesn’t want to go out with you; she asked me to tell you.’ I thought, Oh well, but went out anyway, and another friend said, ‘You’re late. Carol waited and then left.’ David’s call was complete rubbish, and when I later heard him boasting about how he’d got off with her, I saw red. I hit him. I didn’t know until a week later that he’d been rushed to hospital, so I went to see him and said, ‘It’s not worth it over a girl,’ and we stayed friends. Just before we left school, a career person came along, and we’d line up and she’d ask us what we wanted to be when we left. People said, well, I’m going to work in my dad’s firm, or I want to be a bus driver or whatever. And then there’s David, who’s right in front of me in the queue, and said to this woman, ‘I want to a saxophonist in a modern jazz quartet.’ And I burst out laughing.’

‘He was a very cool guy’

PAUL MCCARTNEY (MUSICIAN) I have fond memories of David in the 60s where I used to live in London, and still live. And I was bachelor-free then. And it was a bit like a salon in my house; anyone could drop in. Just to hang out. Anyway there was this young boy lying about, hanging around outside, and I said, ‘Come on in then.’ I invited everyone in. And it was a guy in a floppy cap, with curly hair. And I said who are you, and he said David Jones, Davy Jones. And he had a demo for me. He played me the demo, and I thought, ‘That’s really good.’ I must admit I thought his voice was a little like Anthony Newley, with the same kind of similarities, you know. But I thought he was great – a very personable, cool guy. I wished him well.

Extracts from ‘David Bowie: A Life’ by Dylan Jones