Paul Merson believes Arsenal are ‘a million miles’ off a Premier League title challenge and wouldn’t win it with their current squad even with Pep Guardiola in charge.

The former Gunners striker isn’t feeling any optimism since Mikel Arteta came in as manager because the team isn’t capable of defending properly.

Arsenal sit a lowly ninth in the Premier League table at present and are eight points off the Champions League places.

Arsenal are a ‘million miles off’ challenging for the Premier League, according to Paul Merson 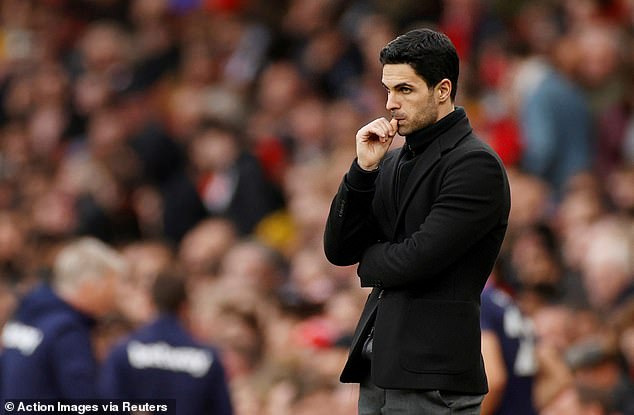 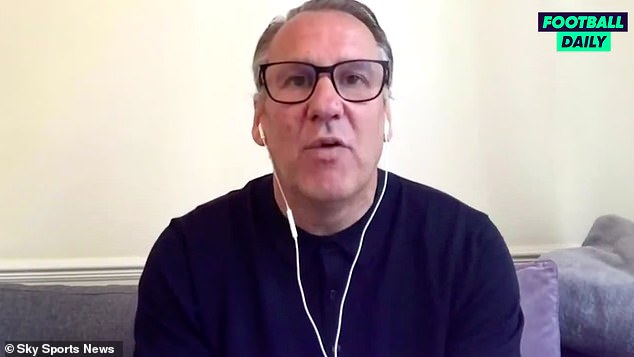 There had been a slight upturn in Premier League results prior to the Covid-19 shutdown but Arteta hadn’t been able to immediately remedy Arsenal’s defensive failings.

And asked on The Football Show on Sky Sports News whether the club could return to the top under Arteta, Merson was scathing in his verdict.

‘Even if Pep Guardiola was in charge – No. I don’t at the moment,’ he replied.

‘I like Arteta, I really do, he will do better than the last manager [Unai Emery]. But to go and challenge for the title, I think they’re a million miles off challenging for the title. Can’t defend, can’t defend.’ 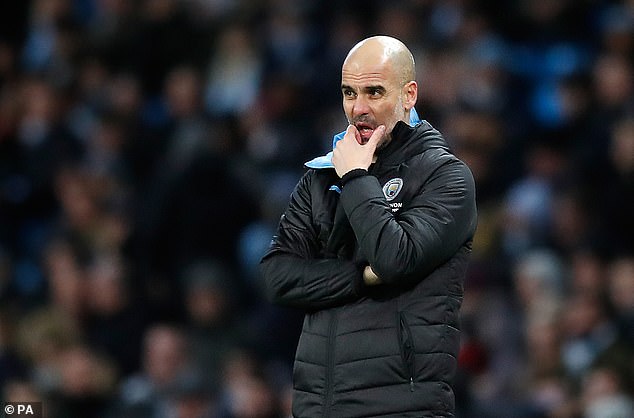 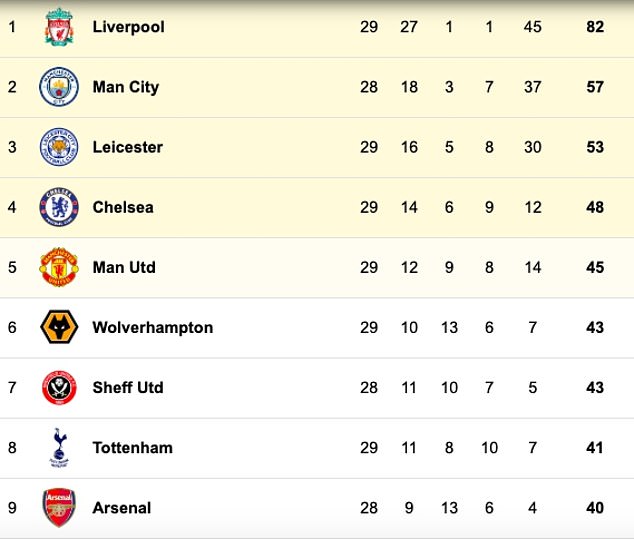 Merson was then asked if there was any room for optimism now Arteta, former assistant to Guardiola at Manchester City, has come in.

‘I don’t know any team that’s ever won anything that can’t defend. If you can’t defend, you’re not going to win anything.

‘You can’t keep on scoring three goals every game to nick a point or just win a game. Until he tightens that up, they will be a million miles off.

‘It will be a slow, slow journey back for Arsenal.’ 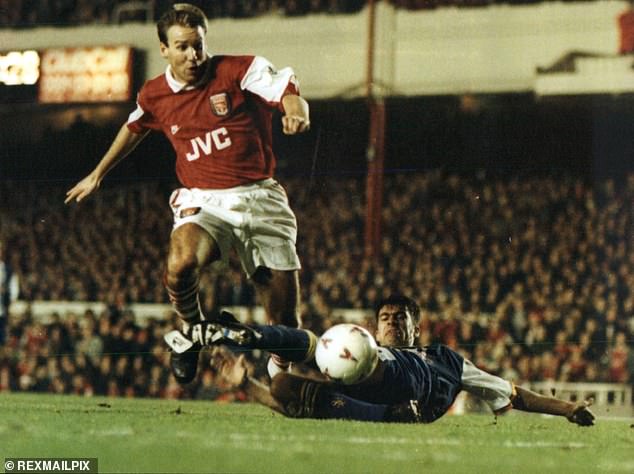 Merson, who won two league titles during his 12 years with Arsenal, was backed up by fellow pundit Jamie Redknapp.

He said: ‘It’s all about the players. I like what he [Arteta] is doing, he knows the game inside out and he has worked with the best manager in terms of producing players and working with great players.

‘But he hasn’t got great players at Arsenal, it will take a long time it will take investment and the current climate doesn’t help.

‘He made a positive impact when he first come but he needs better players, it’s as simple as that. They keep making bad defensive errors and he can’t change that.’