‘I can do what Sancho’s doing and I’m 54!’: Paul Merson SLAMS Man United’s attacking recruitment, claiming £67m target Antony is ‘no better’ than Erik ten Hag’s current options… and insists they should have signed Conor Coady

Arsenal legend Paul Merson feels Manchester United’s pursuit of Anthony will not improve their squad, despite Erik ten Hag’s side submitting a £68 million offer for the Ajax star.

The offer was rejected by the Dutch club, but Antony trained alone afterwards and may not play in Ajax’s next game on Sunday as he hopes to secure a move to Old Trafford.

Writing in the Daily Star, Merson said: ‘They talk about Antony but he’s no better than Marcus Rashford or Jadon Sancho, although he hasn’t really done anything since signing.

‘You’d be buying someone again who has been playing against bang-average full-backs.’

The readiness of players from the Eredivisie for Premier League football has come into question recently after United’s new £47m centre back Lisandro Martinez, also signed rom Ajax, struggled against Brentford last weekend.

Merson continued: ‘I can do what Sancho is doing at the moment and I’m 54. When was the last time you saw him beat a player? He doesn’t run with the ball, he takes a few touches inside and lays it backwards. 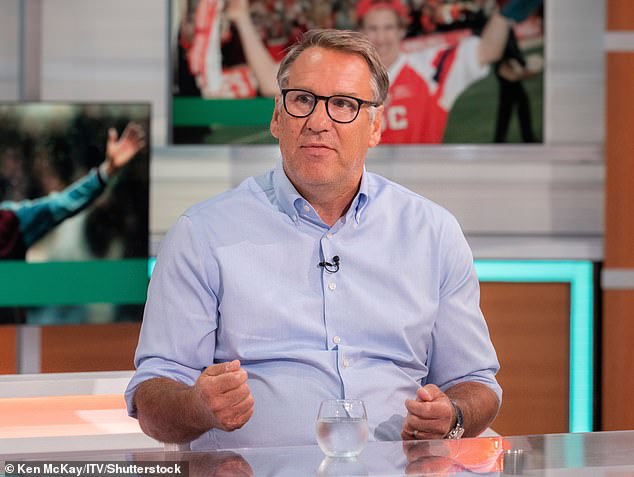 ‘These players are getting paid top, top dollar. They are supposed to be elite and the people upstairs are also getting paid fortunes to find them.’

He also felt United should have looked within the Premier League for their improvements. He said: ‘I think they should have gone and got Conor Coady from Wolves.

‘United need to play three at the back and Ten Hag has got to change it up. Coady is an international player who can play in the middle of the three.

‘He’s a talker, which is why he’s in the England squad because he’s an organiser in the dressing room, and he’s not scared.’ 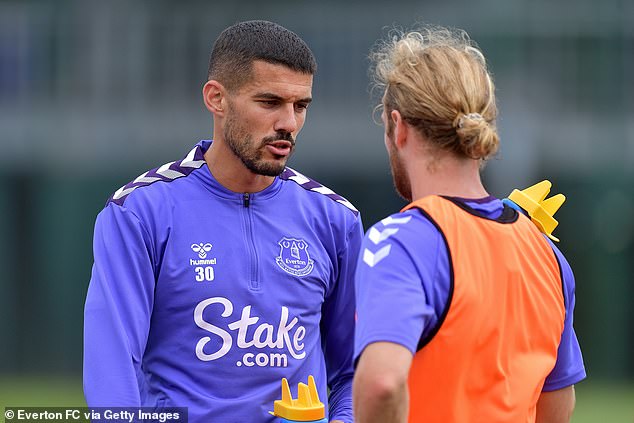 On United’s fortunes as a whole, Merson said:  ‘There is a saying in life, “Keep on doing the same things and you’ll get the same results”. That’s what United are doing at the ­moment.’

The Red Devils will be looking to pick up their first points of the season when they plan winless Liverpool at Old Trafford on Monday night.