PAUL NEWMAN: England are re-writing the Test rulebook and could be saving the game

PAUL NEWMAN: England could save Test cricket and they are doing it by playing in a way that not even the most attacking teams of the past have attempted… anything is possible for this side with their confidence and belief

This is not a time for caveats. I really do not care if the day one Rawalpindi Stadium pitch was as flat as a road. And I am not interested in the limitations of a young Pakistan attack.

We have seen plenty of flat pitches before now but nothing compared to what England did on this one in a part of the world that has so often been alien to them.

For what we are witnessing is one of the most significant developments in Test cricket history. England are not only re-writing the Test rulebook but they really could be saving the grand old form of the game – and they are doing it by playing in a way that not even the most attacking teams of the past have attempted.

It was one thing Ben Stokes and Brendon McCullum transforming England’s Test fortunes almost overnight last summer from the depths of one win in 14 games to defeat New Zealand, India and South Africa in the most imaginative and exciting way possible.

It is quite another to smash more than 500 runs on the first day of Test cricket England have played in Pakistan for 17 years and doing it in 75 overs. All that anxiety about overseas conditions and an awful away record blown away in little more than six hours.

Remember how excited we all got when England scored 400 on the first day of the Edgbaston Test in 2005 and how important it was in that year’s fabled Ashes triumph? That was almost pedestrian compared to what happened in Rawalpindi 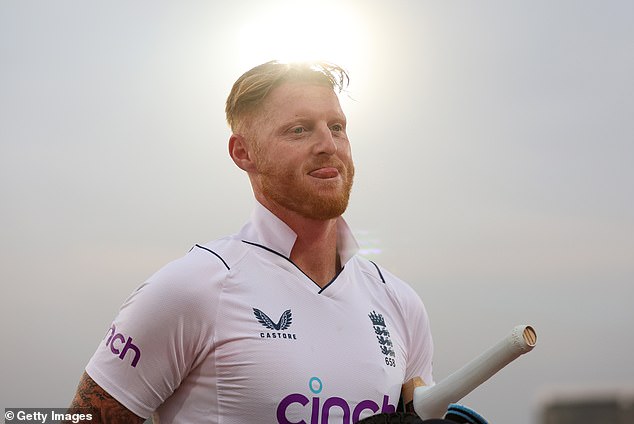 This first day of the first Test was not just Bazball. It was Bazball on steroids. If, in this franchise laden world, we really are witnessing Test cricket’s ‘last dance’ then England have hired a warehouse and are putting on a chemically enhanced rave.

True, there was nothing artificial about the stroke-play that saw four England batters make centuries. No real T20 style innovation or reverse ramps for six. This was glorious, unfettered largely orthodox but always positive batting displayed by a side with no fear of failure, just a determination to enjoy what they are doing at all times. Now that is Bazball.

And that is why, played like this, it is Test cricket, the game that can last five days without a result, the game that would never be invented today if we were starting from scratch, that can attract new followers at a supposed time of crisis. There really is no need for anything artificial. Just the real thing played in a very modern way.

Clearly, England’s most exciting and expansive cricketers want to be part of this. It was not too long ago that Liam Livingstone looked lost to first-class cricket. Now there he is in Pakistan making his Test debut and turning his back on the Big Bash. 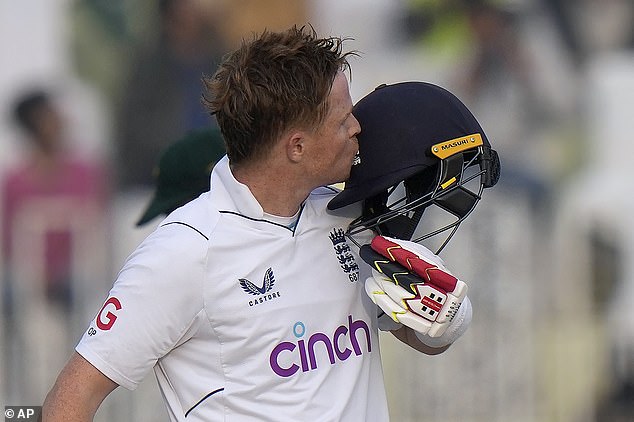 Equally, Harry Brook could easily have gone down an exclusively white-ball route but there he was in Rawalpindi providing the highlight of a first day full of them with an 80 ball maiden Test century, including six boundaries in a single over.

The list is starting to become endless. Mo Bobat, the ECB performance director, pulled Ben Duckett to one side last summer and told him England believed he could be a Test opener and started the process which saw him make his own maiden century.

Will Jacks is another three-dimensional player of enormous potential we will get to see in this Test when he could easily have been smashing a white-ball elsewhere while it is already looking premature for Will Smead to turn his back on red-ball cricket. 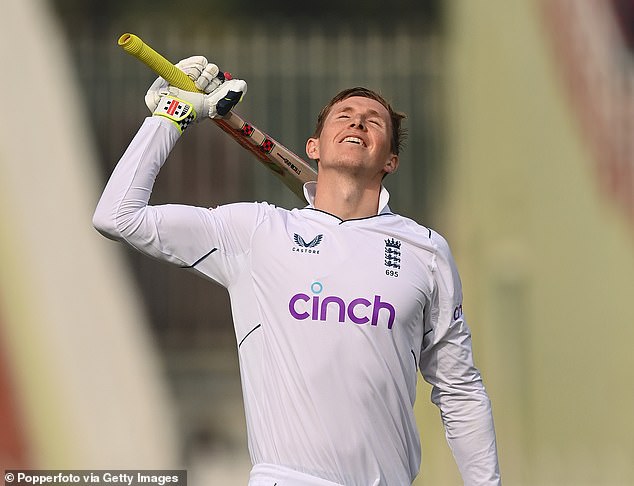 Zak Crawley joked that England could go on to make 1,000 runs after their opening day display

For now an England side that does look a bowler short has to convert this start into only the third Test victory by any England team in Pakistan by taking 20 wickets.

Zak Crawley insisted he was joking when he said England could go on to make 1,000 but why not? They could easily do it on Friday while leaving themselves three days to bowl Pakistan out twice.

And, with that sort of scoreboard pressure and England’s confidence and belief, anything is possible. Both now and in the future for this side and Test cricket in general.