Sir Andrew Strauss is reflecting on the huge changes in his life since the death of his wife Ruth in 2018 to a rare form of lung cancer aged just 46.

‘One of the big things I’ve learnt, without getting too deep, is how important purpose is in life,’ said the man who led England to their last away Ashes success, 10 years ago.

‘When you’re playing cricket your purpose is very clear but it’s not quite so apparent when you finish. The foundation has given me a real motivation, desire and drive to make it a success and that helps me every single day.’

Strauss will be at Lord’s on Friday — dressed in the red suit he hopes will still fit — along with his sons Sam, 15, and Luca, 13, for the third ‘Red for Ruth’ day that will raise funds for the foundation set up in his wife’s name.

The first such day, during a rain-affected Ashes Test in 2019, saw £500,000 raised for the Ruth Strauss Foundation’s twin objectives of providing support for families to prepare for the death of a parent, and raise awareness of the need for more research into non-smoking lung cancers.

Last year, when fund-raising continued during England’s Test against West Indies at Old Trafford even though it was staged behind closed doors, the figure went up to £850,000. This time, with the weather set to be fine, it is hoped to top £1million.

At the centre of it is the impressive Strauss, one of England’s most successful captains and a brilliant team director until his life took a tragic turn. 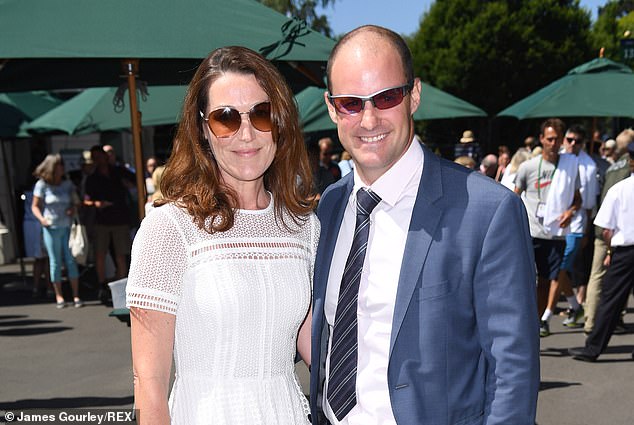 ‘The truth is, you start building a new life, a new normal,’ said Strauss on Tuesday as he talked about the two and a half years since the loss of Ruth.

‘At the start it’s very confusing and disorientating but over time you get a little more comfortable with it. So I’ve come to terms with what being a single parent is like and the boys are doing fantastically well.

‘We all miss Ruth unbelievably, all the time, but we have to keep looking forward. The boys are getting to senior school and learning loads of things and I’m just incredibly proud of how they reacted.

‘Never underestimate the resilience that kids can show, the courage they can show and the ambition to grab life with both hands.’

Friday will be the third ‘Red for Ruth’ day at Lord’s, where people wear red to support the cause

This year’s campaign will raise awareness of the charity’s new family support service which will help families prepare for grief, death and dying.

‘We were blown away last year by how engaged everyone got with the day virtually but it’s not quite the same when you’re in an empty stadium,’ said Strauss.

‘It’s going to be an incredible spectacle this year and I just hope people will remain engaged with the day itself, wearing red and showing support for what we’re doing. We know this is relevant to so many people’s lives and I think Friday will be a phenomenal experience.’

Then, after a run near his Berkshire home, Strauss was off to try on that suit. ‘I’m like a boxer trying to make the weight,’ he said. ‘Desperate measures, but I’m very excited about the day.’

To make a donation or find out more see: www.RuthStraussFoundation.com/donate.

It is crunch time now in crisis talks between ECB and Cricket Australia over the potentially Ashes-derailing prospect — first highlighted by Sportsmail — of families being stopped from joining players in Australia this winter or being forced into a draconian period of quarantine.

It is becoming clear, with England seemingly adopting an ‘all for one and one for all policy’, that a postponement is a very real possibility. 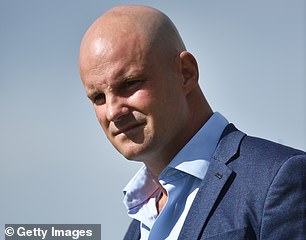 Strauss is hoping for a compromise

But Sir Andrew Strauss is hopeful the greatest cricketing show on earth will still go on as scheduled this winter.

‘The solution to all this is to find some sort of middle ground,’ said Strauss on Tuesday, briefly returning to his former guise as an administrator while promoting the Ruth Strauss Foundation.

‘The Australian government, Cricket Australia and the ECB have to make it as easy as possible for families to get out there and have as few restrictions as possible.

‘The last thing anyone wants is for players to have to make the choice between ‘my family can’t come so I’m not going to go’ or ‘I’m going to go without them’. I think a compromise can be reached and that’s what everyone should be working towards, rather than worrying about something that may or may not happen.’ 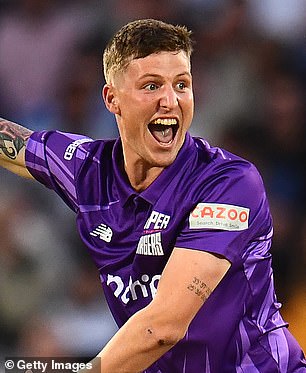 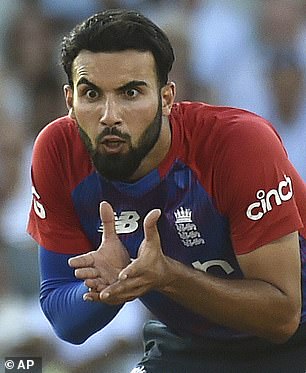 With Jofra Archer out England need to find other quicks

If England do get to Australia they will have to try to win the Ashes without at least two of the bowlers of real pace — the injured Jofra Archer and Olly Stones —identified as crucial to their hopes of emulating Strauss’s England by coach Chris Silverwood.

So expect some new fast bowling candidates to emerge over the next four Tests against India and when the County Championship resumes with ‘Super September’.

Here are two uncapped at Test level who World of Cricket expect to challenge for Australia — Durham’s Brydon Carse has the pace that will be lacking in the absence of Archer while Lancashire’s Saqib Mahmood has the skill to not only thrive in Australia but also become the long-term successor to Jimmy Anderson.