Manchester United continue to make their final preparations ahead of their Champions League quarter-final clash with Barcelona after Ole Gunnar Solskjaer’s men arrived at team hotel on Tuesday evening.

Paul Pogba, David de Dea and Romelu Lukaku were all spotted entering The Lowry ahead of their first leg against the Catalan giants on Wednesday.

The United stars were dressed in their club tracksuits after being dropped off at the venue where they usually stay the night before home matches. 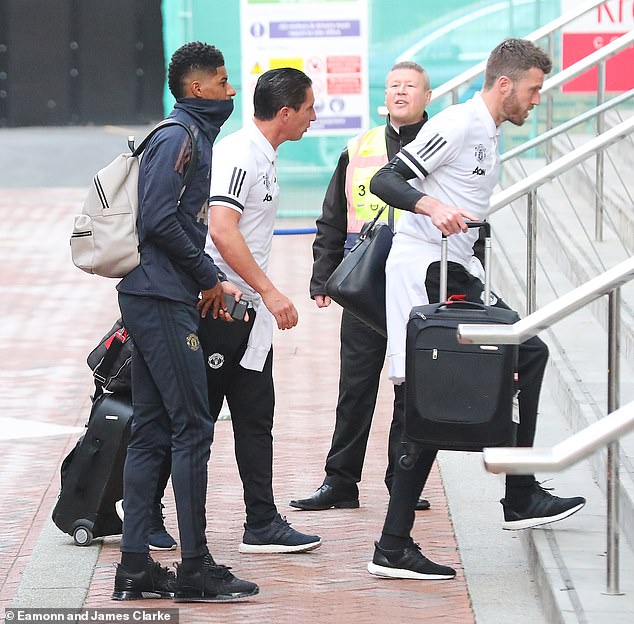 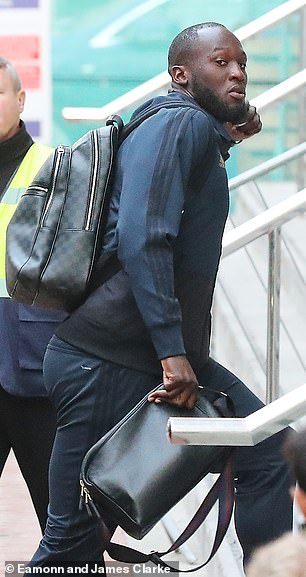 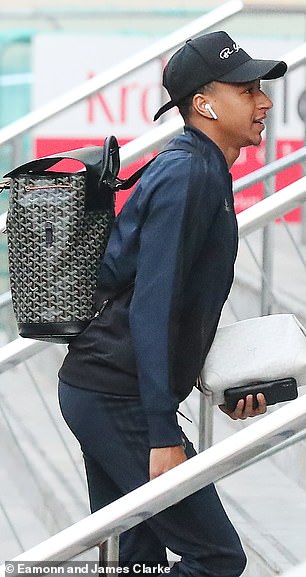 The Red Devils will relax behind closed doors for the evening while also preparing themselves for the task at hand at Old Trafford.

Probably tasked with the hardest job of the evening, Chris Smalling welcomed the challenge of facing Lionel Messi in their last-eight encounter.

Messi has netted 43 goals in his last 40 matches for Barcelona this season and stopping him would appear an unenviable task, yet Smalling is looking forward to it.

‘It’s something to relish, I think,’ the United centre-back said. 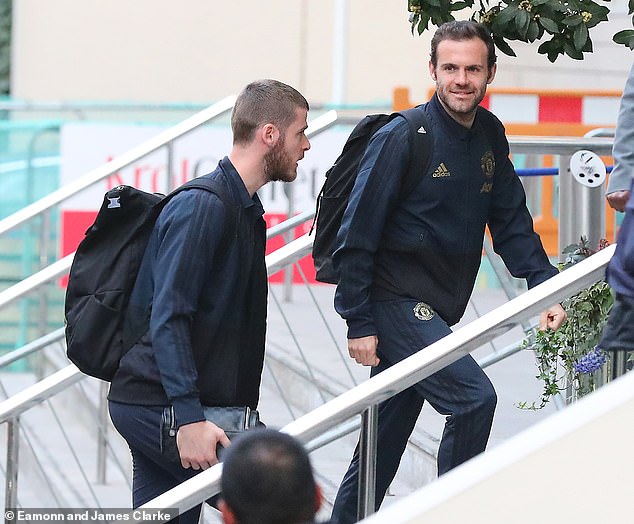 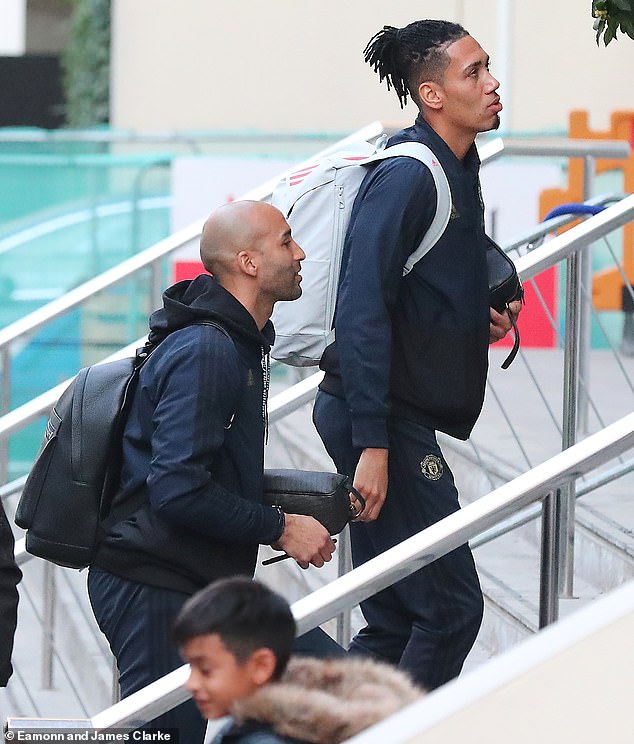 ‘This season I’ve been lucky enough to face (Cristiano) Ronaldo, (Kylian) Mbappe and they’re all challenges that I think I definitely relish, and I think players at this club relish.

‘I say bring it on. You work so hard to get into those Champions League places and we’re working now to get third this season.

‘These are the ties we look forward to. All the hard work in the group stages, this is what it’s about. We players are all itching to be on that field and show what we can do.’