Paul Pogba backs Alexis Sanchez to find his best form at Manchester United after £500,000-a-week Chilean struggled to make an impact against Wolves

Paul Pogba has backed Alexis Sanchez to start performing to his full potential at Manchester United as the Chilean continues to struggle to make an impression.

Sanchez turned in another poor performance as United drew 1-1 with newly-promoted Wolverhampton Wanderers at old Trafford on Saturday.

The 29-year-old, who earns £500,000-a-week, has failed to live up to expectations following his transfer from Arsenal back in January and has failed to find the net this season so far. 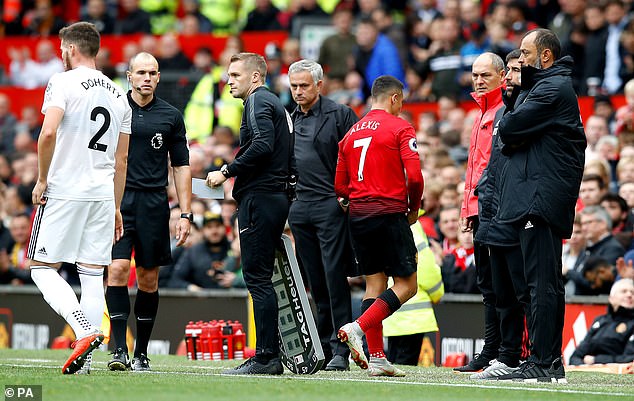 Sanchez was taken off by Jose Mourinho just after the hour, with Anthony Martial coming on

But he received a vote of confidence from Pogba, the French midfielder backing Sanchez to replicate some of the sparkling form of his Arsenal days.

‘What you have to know about Alexis is he is a hard worker,’ Pogba said. ‘He trains very well, he always tries to help the team, talks with the team and everything. He will get used to it.

‘When you play a long time with another team and you play different football in that other team you have some kind of adaptation that you have to have. 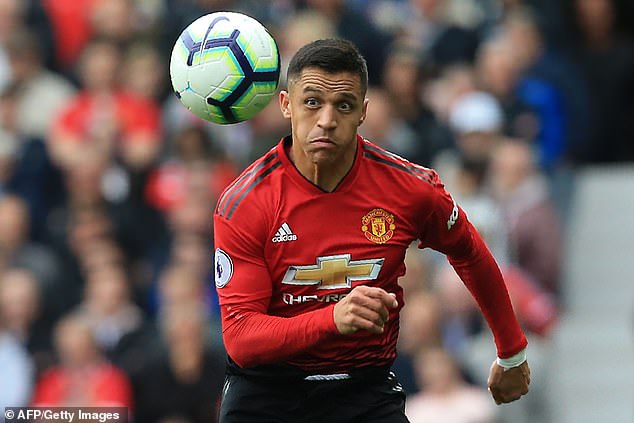 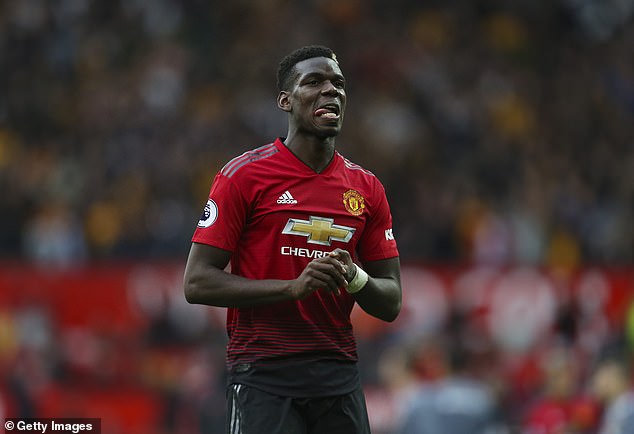 ‘But he’s not playing bad and he keeps being positive, so that’s the good thing we have to think about.’

United were second-best for long spells against Wolves despite taking a first-half lead through their Brazilian midfielder Fred.

Wolves claimed a deserved point thanks to Joao Moutinho’s second-half stunner and United find themselves eight points behind leaders Liverpool in only the second month of the season.

The Reds now turn their attention to the EFL Cup with a home third round tie against Derby County this Tuesday before travelling to West Ham in the Premier League next weekend.