‘He cannot be happy, neither with his playing time, nor with his positioning’: France manager Didier Deschamps critical of Man United’s handling of Paul Pogba after midfielder talked up Real Madrid move

France manager Didier Deschamps believes there is no way Paul Pogba can be happy with his current situation at Manchester United.

The French midfielder has started United’s last two matches – against Istanbul Basaksehir and Everton – on the substitutes’ bench with Solskjaer preferring Scott McTominay and Fred behind Bruno Fernandes.

Pogba, who still has three years remaining on his current deal, has been strongly linked with a move away from United and even encouraged talk of a move to Real Madrid during the last international break. 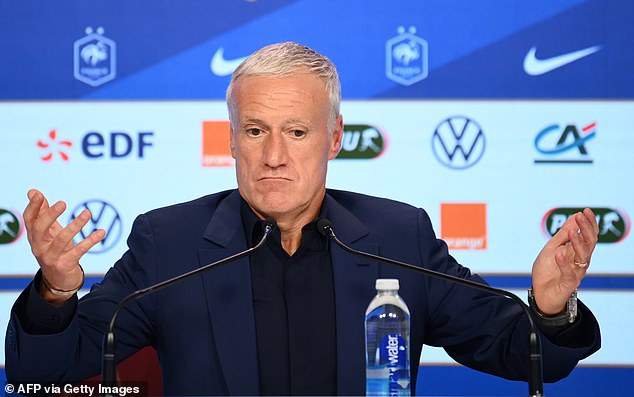 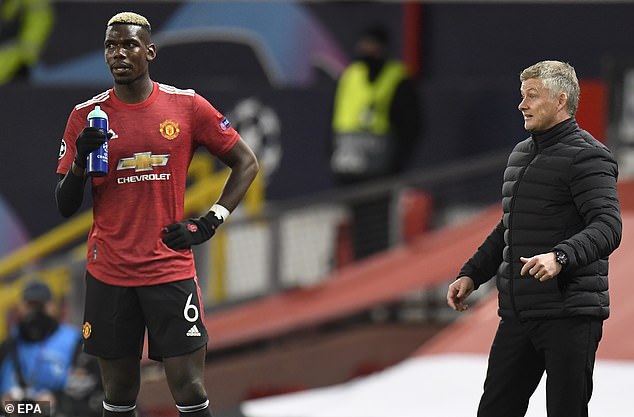 Asked about Pogba during a press conference on Monday, Deschamps said: ‘Paul, I know him well and he knows the group well. He is in a situation with his club where he cannot be happy, neither with his playing time, nor with his positioning.

‘He is not in his best period, he has had a series of injuries and the Covid-19 which has hit him quite hard. He needs to find his rhythm.

‘The match he had to make last month was good and consistent despite a lack of pace. We cannot however say that he is fulfilled in what he does at his club.

‘With me, there is no such concern, but I try to manage it too. When a player is in discomfort in his club, obviously, he is happy to play for the France team. He will tell me about his feelings and as I know him very well, it will go in a positive direction. Even if it is also up to him to make all his efforts.’ 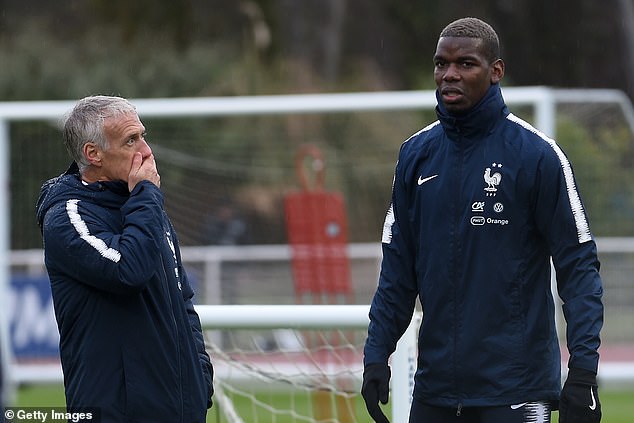 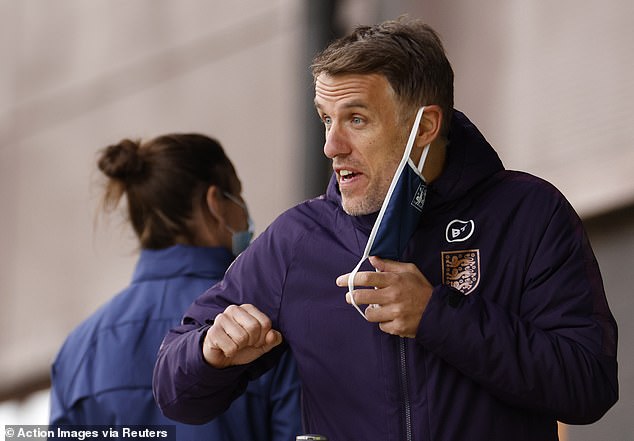 ‘You can play one of them (Nemanja] Matic, Fred or McTominay and then you play Pogba with Fernandes.’

When asked if Pogba can be trusted in that deep role, Neville replied: ‘Probably not no but I’d rather go out there and score goals, go out there and go for the win playing the Manchester United way with Pogba in the team.

‘I know I’ve said about him wanting to leave, not wanting to be there and his inconsistencies but I still think he’s one of the best midfielders around. That’s why I’m thinking: Why is Paul Pogba not in that team?’