Paul Pogba was front and centre in Manchester United’s training session at Carrington on Tuesday as he prepares for a recall to Jose Mourinho’s starting XI.

The United boss talked up his star man at the weekend, and will be hoping he can fire the team to glory away at Valencia on Wednesday night.

Ahead of the team’s flight to Spain, United’s stars trained at Carrington, with Mourinho watching on closely from the touchline. 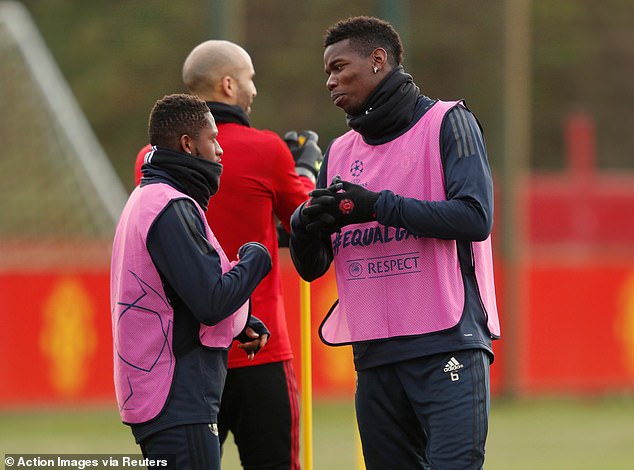 Pogba (right, speaking to Fred) is set to be recalled to the Manchester United starting line-up 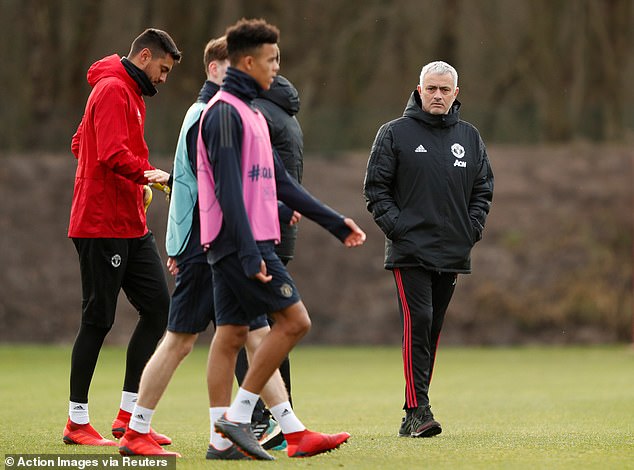 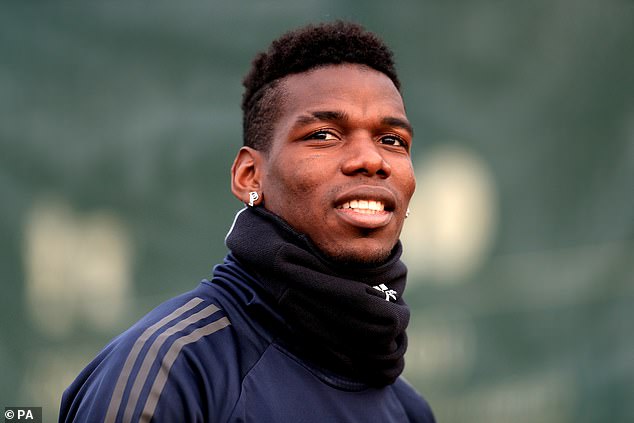 Pogba wore personalised PP earrings for the session, and the midfielder seemed in high spirits

Pogba was an unused substitute in the 4-1 win over Fulham at the weekend, but after the game, Mourinho said: ‘He has the potential to be a fantastic player.

With their Champions League progression already secured, the pressure is off and Manchester United’s squad appeared full of festive joy as they were put through their paces.

It is set to be a busy day for Mourinho and his players, with a flight to Valencia scheduled just hours after their session at Carrington, before the boss attends a media conference this evening. 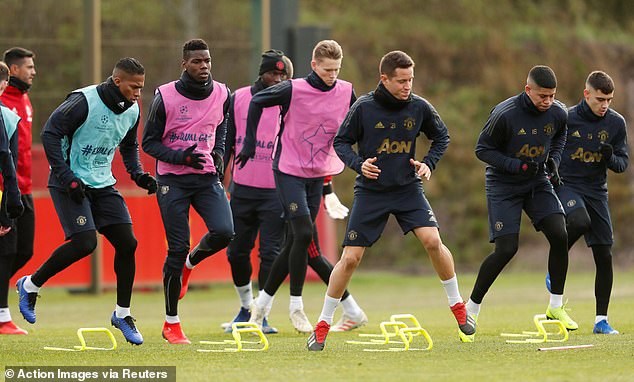 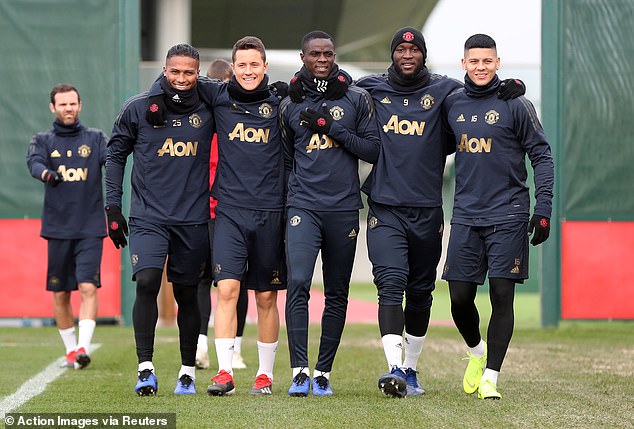 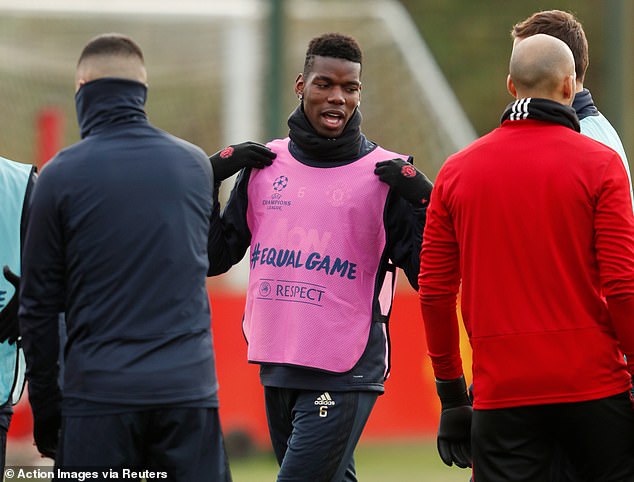 During the session, it was smiles all round as Antonio Valencia, Ander Herrera, Eric Bailly, Romelu Lukaku and Marcos Rojo walked arm-in-arm to the training pitches.

Manager Mourinho was also spotted, wrapped up against the chill in Manchester with temperatures dropping close to freezing. 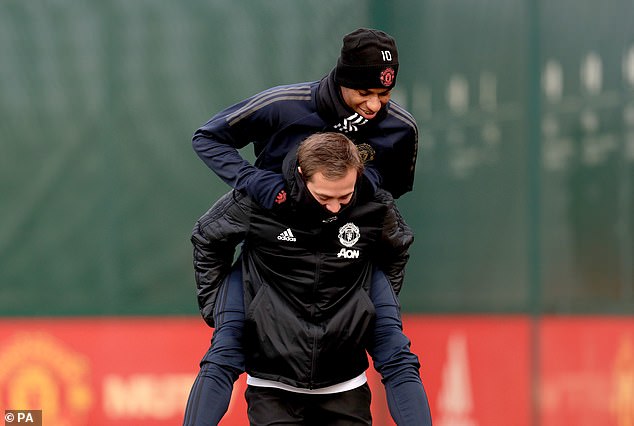 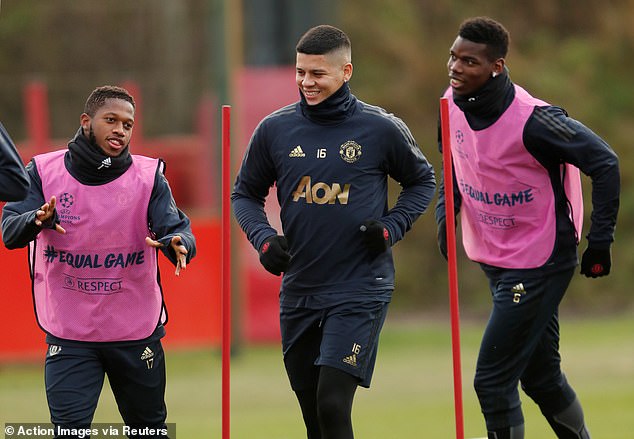 Fred, Rojo and Pogba share a laugh during a running drill at United’s Carrington base 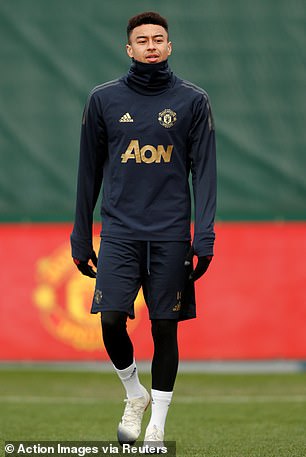 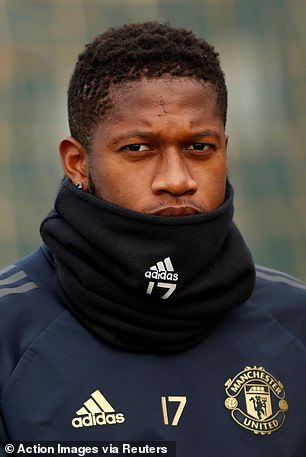 The players are right to be feeling positive about their Champions League exploits, having already secured their passage to the knockout stages.

Now, then, attention turns to trying to get top spot – with Juventus currently holding first place and a likely easier route to the quarter-finals.

United will have to beat Valencia at the Mestalla and hope that Cristiano Ronaldo and Juve slip up against Young Boys. 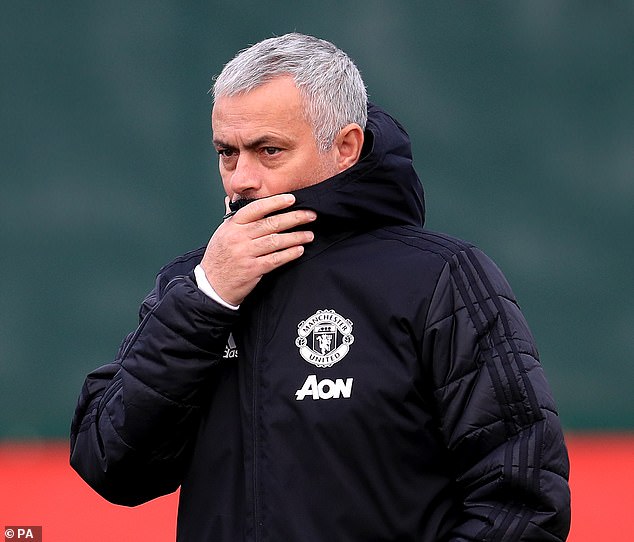 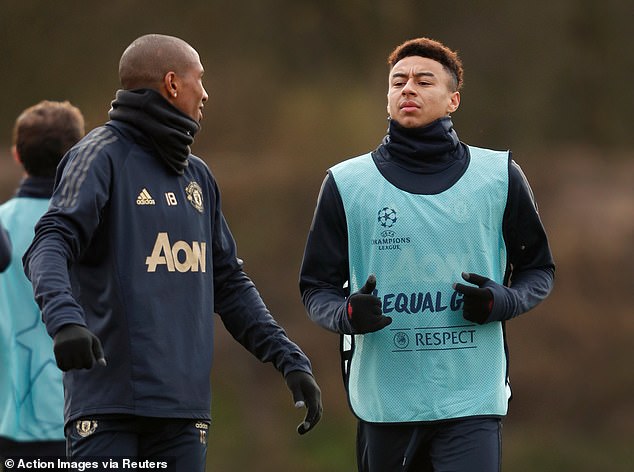 Ashley Young (left) chats to Lingard, who is wearing a Champions League bib during training 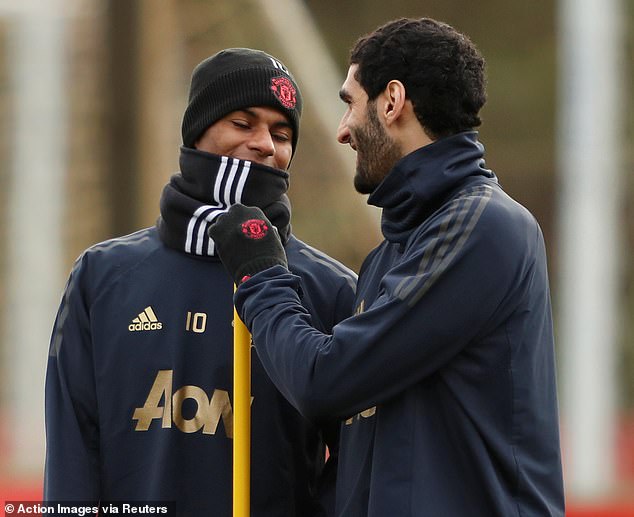