Morgan, 56, Burton, 39, Rudd, 53, and his wife Julie Yaeger, invested in the establishment in December of 2014 following the unexpected death of the shop’s original owner Ira Gutner eight months earlier, according to the Poughkeepsie Journal.

Rudd said that he was inspired to invest based off of his ties to the area. 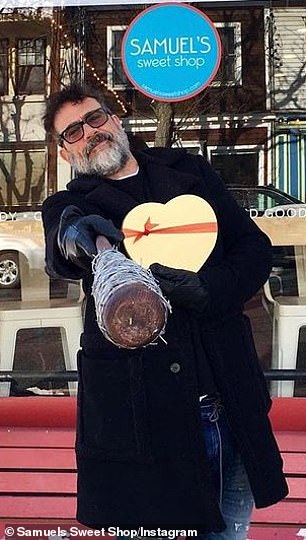 ‘One of the most important things any human can experience is to be a part of a community and feel connected to where you live and to other people who live there, especially in a job like mine,’ Rudd told the publication.

The shop’s John Traver told the Poughkeepsie Journal that amid a time of peril in the wake of Gutner’s passing, he was contacted by Morgan who told him that he, Burton and Rudd would invest to help keep the establishment’s doors open. He said that Burton advised him, ‘Whatever you do, don’t close the shop – hang in there.’

Traver said of the celebrity investment: ‘There was triumph out of tragedy … I had lost my friend. But these really great people came forward and helped me and saved the local candy store and now I have this incredible opportunity to make this place as successful as I can, which is awesome. It’s great.’

Morgan opened up about the investment and how it came to be in a 2016 appearance on The Late Show with Stephen Colbert. 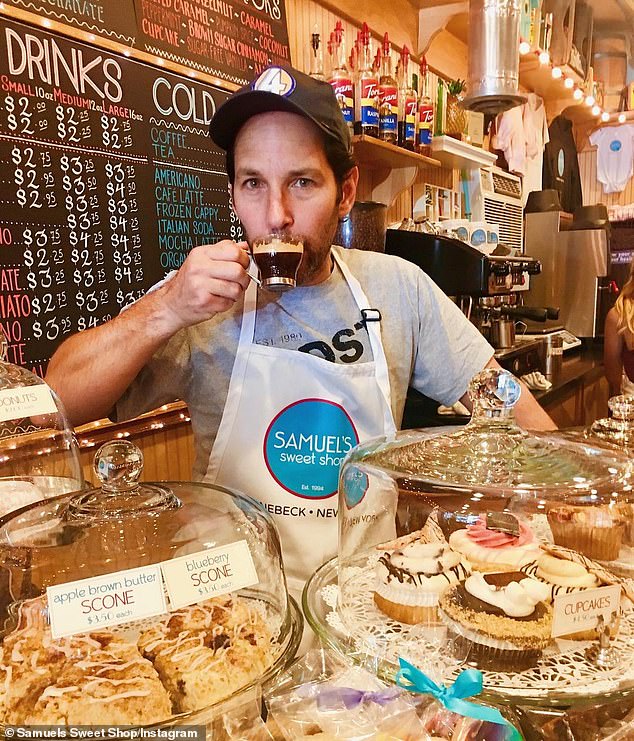 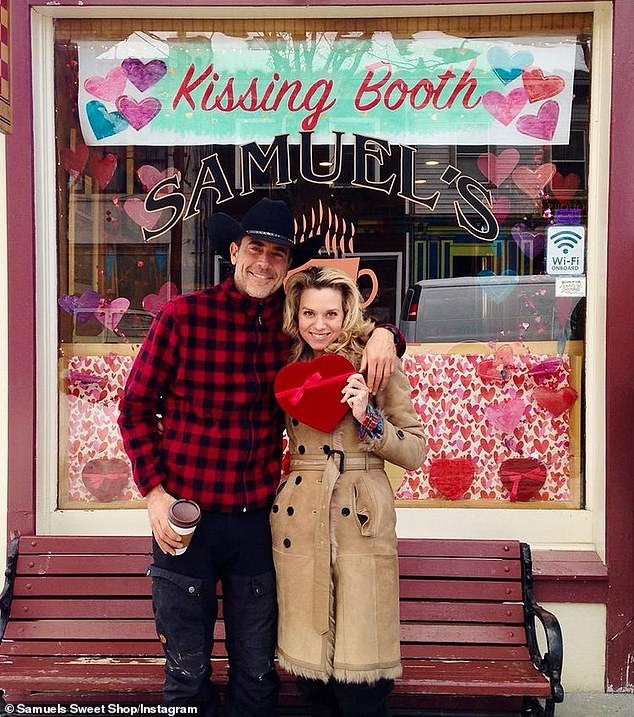 ‘We moved to upstate New York; the first guy I met in this town called Rhinebeck was this Ira, and he owned this candy store,’ Morgan said. ‘He passed away a couple years ago, and Paul [Rudd] and I had been friends for a while and we just didn’t want it to turn into a smoothie stand or something.

‘It had been there since the early ’90s, so we were like, “Yeah, let’s pool our money together and get a candy store,” so now we’re the proud owners of Samuel’s Sweet Shop.’

Morgan said that coming to the aid of the establishment ‘is one of the coolest things’ he and his spouse have done.

‘When Hilarie and I came to the area and started getting coffee at Samuel’s,’ Morgan said, ‘Ira made it clear that we were home. We just got each other.’

Rudd said that ‘the best thing about being an owner of a candy shop is getting my favorite holiday candy in June.’

Burton said that the establishment ‘strives to be the trophy case for all the talented people we have in our community.’