Paul Scholes rolled back the years during a home training session ahead of his appearance at Soccer Aid in September.

The former Manchester United midfielder will line up for the England XI alongside his old team-mates Wayne Rooney and Gary Neville while Patrice Evra will play for the World XI.

And Scholes, 46, showed he’s still got it as he stepped up his preparations for the charity match.

Scholes was put through his paces by son Arron, who runs his own personal training business –

The ex-midfielder completed passing and dribbling exercises as well as well as finishing drills.

The video showed Scholes displaying a fine first touch before firing shots into the top corner. 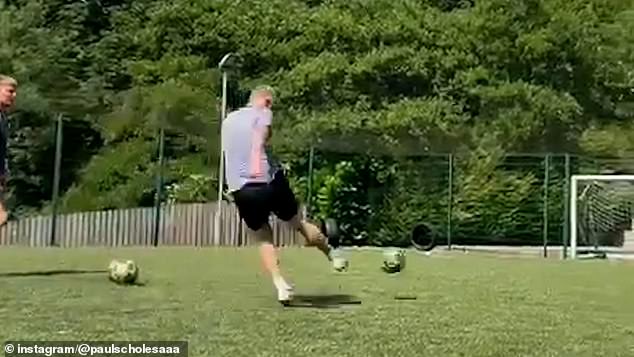 He shared the video on his own Instagram page alongside the caption: ‘Top session done with @azscholes.pt …now I know why ‘The Boss’ always left me out whenever the sun was shining.’

David Beckham was also full of praise for his former team-mate, writing: ‘Once u had it, u never lose it,’ followed by two flame emojis.

Rio Ferdinand and former cricketer Michael Vaughan shared similar praise while comedian Paddy McGuiness joked: ‘I hope you’re this lively in the bar after the match.’

Evra joked that Soccer aid would be ‘hot’ this year as he put two flame emojis in reference to Scholes’ comment about the heat.

Some fans asked Scholes whether he would be coming out of retirement again while one wrote: ‘Give this man the keys to Old Trafford. World class!’ 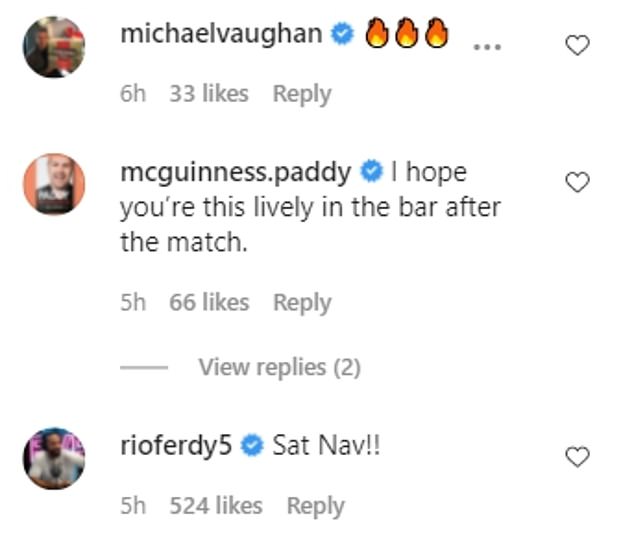