One Nation leader Pauline Hanson and former Labor senator Sam Dastyari have accused each other of being liars during a heated TV discussion about a rude word.

In a verbal grudge match on Sky News, the Queensland senator brought up how Mr Dastyari had last year accused her of using the c-bomb on him.

‘You put out there that I said the c-word to you, I called you the c-word. That is an absolute lie,’ Senator Hanson said on Monday night.

Senator Hanson doubled down after Mr Dastyari said his claim was ‘absolutely true’.

‘I’ve never used the c-word. I’ve never called you the c-word and I don’t use it,’ she said.

The One Nation founder then wagged her finger at Mr Dastyari, a former Labor right-faction powerbroker, after he replied that she had ‘used the c-word with me’.

‘Sam, you’re lying. You’re absolutely lying. And I’ll say that to you. I called you a little pr*** and I’ll stand by that,’ Senator Hanson said. 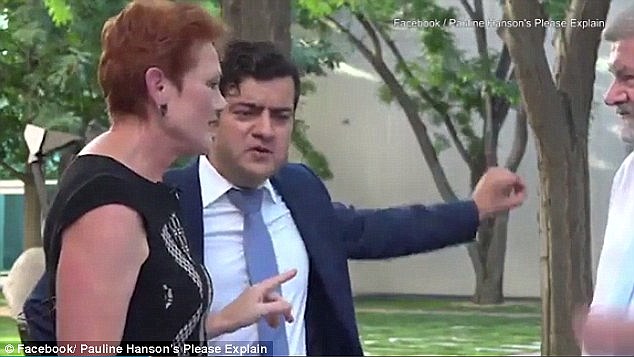 Daily Mail Australia revealed in July 2017 that four months earlier, Senator Hanson had allegedly called the then Labor senator for New South Wales by the c-word.

‘It wasn’t I who used that word. It was a word directed at me by a particular, redheaded Australian senator who doesn’t like halal snack packs,’ Mr Dastyari said in Facebook video.

The former New South Wales Labor general secretary had alleged his right-wing nemesis had used that phrase on him after they had made a Facebook video together in the courtyard of Parliament House in Canberra. 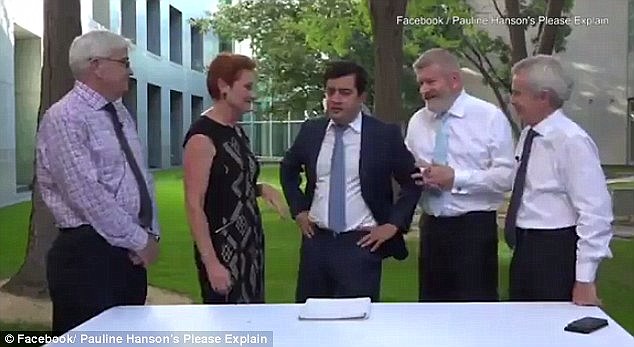 They had debated hot political issues including why she supported Russian President Vladimir Putin, considering Russian rebels were allegedly involved in the shooting down of Malaysia Airlines flight MH17 in 2014 over the Ukraine, killing 38 Australians.

Earlier in the Sky News debate Mr Dastyari, who was born in Iran and moved to Australia as a four-year-old boy in January 1988, was very animated after Senator Hanson had claimed asylum seekers on Nauru weren’t genuine refugees because they had destroyed their identification documents.

‘That is not the case. It’s basically factually incorrect. That’s just wrong,’ he said, waving his hands in the air. 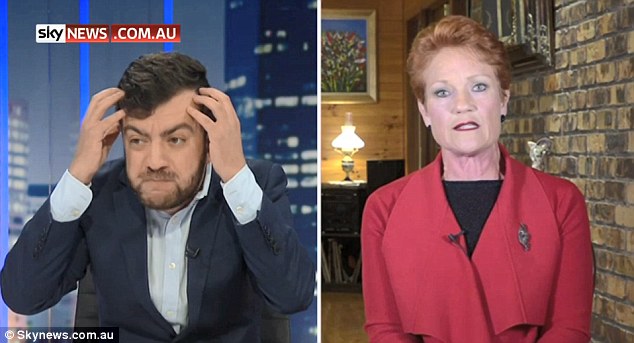