Pauline Hanson has angrily blasted a Greens senator for suggesting Australia has to take responsibility for foreign-born criminals who have grown up locally.

It comes as the government cracks down on foreign-born criminals, with more than 2,800 of them deported in just three years.

However, Greens senator Sarah Hanson-Young says they are Australia’s responsibility, arguing that many New Zealand-born criminals had been in Australia since childhood.

‘Some of these people have been here pretty much all their life,’ she told Sunrise on Monday.

‘A lot of New Zealanders who have come here as young children, have grown up in this country, educated in this country, and if they’re now committing crimes, in some respects Australia has to take some responsibility.’

Senator Hanson, who leads One Nation, said foreign-born criminals were a drain on taxpayers and needed to be deported.

‘Hang on, hang on a minute. No, we don’t have to take responsibility for this. Totally disagree,’ she said.

‘People need to take responsibility for their own actions and I’m sick and tired of people being in this country who should not be here committing crimes, costing taxpayers thousands, if not millions of dollars.’ 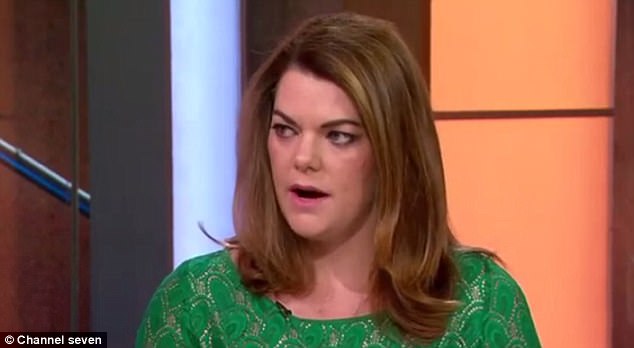 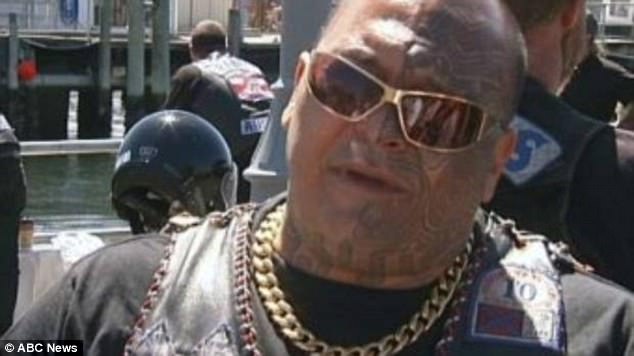 Former Tasmanian Rebels bikie gang boss Aaron ‘AJ’ Graham, who hails from New Zealand, last year appealed to the High Court against Mr Dutton’s decision to deport him from Australia, claiming it was ‘unconstitutional’ to do so.

The court has reserved its decision.

Almost half of the 2,847 foreign-born criminals expelled from Australia since 2014 are violent thugs – with 1,115 people deported for grievous bodily harm or violent crime, the Herald Sun reported.

The deportation list during the past three years also included 455 drug traffickers and dealers; 223 paedophiles and child pornography collectors; 114 rapists and sex offenders; 54 murderers; 21 convicted of manslaughter; 24 foreigners whose visas were cancelled on national security or organised crime grounds; and 841 white collar criminals. 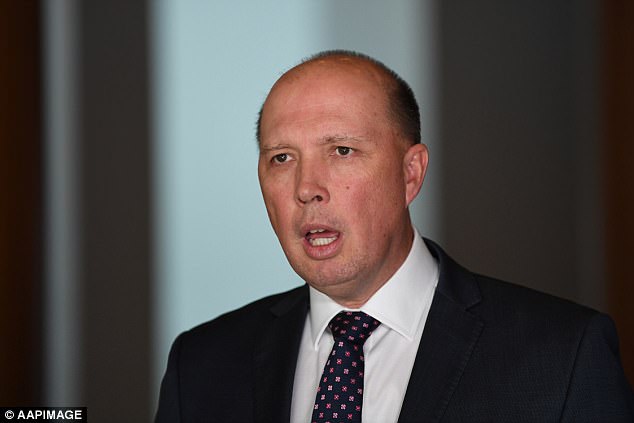 Immigration Minister Peter Dutton is prepared for a fight with civil libertarians and lawyers.

‘We aren’t asking much — just that visitors to our country don’t kill, rape or rob Australians during their stay,’ he told News Corp Australia.

I have no doubt that by deporting convicted paedophiles we are saving children from being future victims. The same goes for rapists and drug dealers.’

The Australian Federal Police has worked with their state counterparts, the Department of Immigration and Border Protection to track down the foreign-born criminals.

Senator Hanson suggested the majority of Australians agreed with her on the need to deport foreign-born criminals who weren’t Australian citizens.

‘If they have a criminal offence, then they’re being deported out of this country,’ she said.

‘And I, and I reckon the majority of Australians, will agree with me on this one because they’re fed up with it.’ 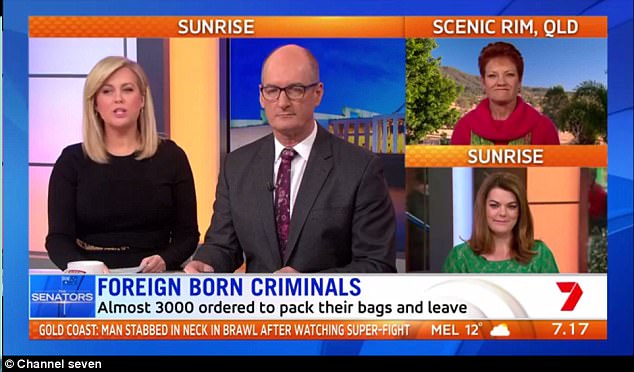