Pauline Hanson has launched an extraordinary attack against women who she says are lying about domestic violence in the family courts.

The prime minister has selected the One Nation leader to co-chair a new parliamentary inquiry into family law.

Senator Hanson says some women are ‘making up’ domestic violence allegations in the courts.

‘There are people out there who are nothing but liars and who will use that in the court system,’ she told ABC radio on Wednesday.

Senator Hanson refused to provide evidence to substantiate her claims, suggesting the radio host contact men’s rights groups to back up the allegations.

The Queensland senator insisted she was not siding with men or women in family court disputes, but wanted children have access to both of their parents.

‘These people need to move on with their lives,’ Senator Hanson said.

‘Get over the hate, the pain of a break-up, it’s about working together to find the answers to all this.’

The committee will investigate areas including court time frames and costs, custody arrangements and child support.

Men’s groups have applauded the decision but it’s been met with fierce criticism from anti-domestic violence campaigners. 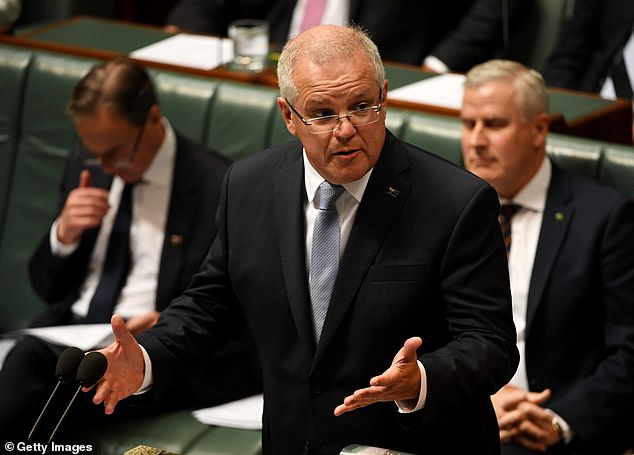 The prime minister has argued the inquiry would try to strike a balance between competing interests.

‘It’s about listening to Australians and ensuring that we’re taking a timely review talking directly to them.’

Prominent anti-domestic violence campaigner Rosie Batty is furious with the decision to launch yet another family law inquiry.

‘It is completely unacceptable for us to have another inquiry. We have had multiple inquiries about the failings of the family law court system. I have campaigned also for changes,’ Ms Batty told ABC radio.

‘There has been a Law Reform Commission inquiry with 60 recommendations presented to the government earlier this year – not one recommendation has been acknowledged or enforced.’

Ms Batty said it was “completely unacceptable” for politicians with their own agendas to head-up the inquiry.

‘I would call on Labor, the Greens and the prime minister to block this unnecessary inquiry,’ she said.

‘We know the failings, we need to start investing in this court system that is broken, overwhelmed and failing. It is continuing to put families, particularly children, in danger.’