One Nation leader Pauline Hanson has described the surviving children of killed ISIS terrorist Khaled Sharrouf as a danger to Australia.

The Queensland senator demanded Prime Minister Scott Morrison stop them from coming back to Australia after their Sydney grandmother Karen Nettleton found them in a Syrian refugee camp.

She was reunited with her loved ones, five years after her now-dead son-in-law Sharrouf and his deceased Muslim-convert wife Tara Nettleton took their five children to Syria to join ISIS.

‘How do you know whether they’re going to be a danger to Australia or not?,’ Senator Hanson said in a video message posted to social media on Tuesday.

‘Do I want to risk the safety in Australia? No I don’t.’

Senator Hanson, who wants a ban on Muslim immigration, slammed Ms Nettleton’s granddaughters Zaynab, who is 17 and pregnant, and Hoda, 15, for wearing black, full-body niqabs at the refugee camp in northern Syria.

The ABC’s Four Corners program explained the teenagers had worn the full-facial coverings because wearing the niqab was strictly enforced by ISIS followers at the al-Hawl camp near the Iraq border. 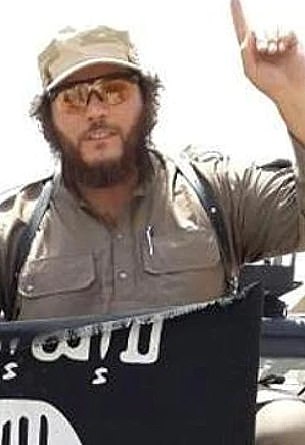 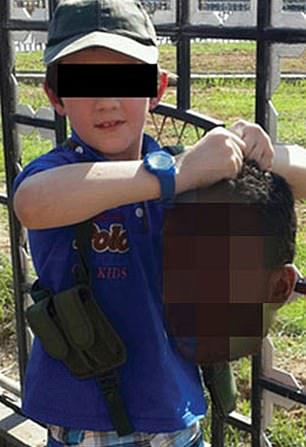 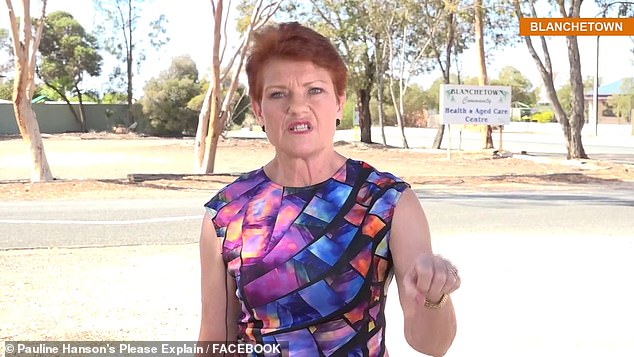 ‘These women were wearing the full burqa, had their hands covered,’ she said. 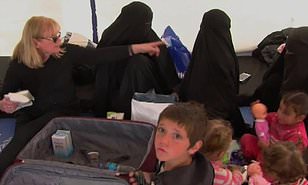 Should the children of ISIS fighter Khaled Sharrouf be allowed back into Australia?

‘Real fundamentalists is someone who has their hands covered and they never took the burqa in the confines of that tent.

‘That tells me they have full intentions of wearing it here in Australia.’

While this boy was killed in 2017, aged 12, the One Nation leader said his surviving siblings, including his eight-year-old brother Humzeh could not be deradicalised.

‘These are the kids who held the heads of severed people who the ISIS fighters killed,’ Senator Hanson said.

‘The apple doesn’t fall far from the tree and a lot of these kids are indoctrinated from an early age. 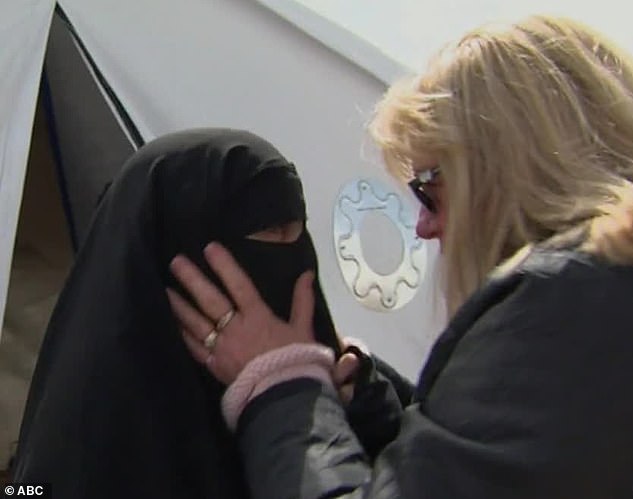 Senator Hanson, who is herself a grandmother, argued Ms Nettleton (pictured embracing her granddaughter) should move overseas to another area of the Middle East if she wanted to be with her grandchildren

‘To bring them back into the country because the grandparents are saying, “We miss them”?’

Senator Hanson, who is herself a grandmother, argued Ms Nettleton should move overseas to another area of the Middle East if she wanted to be with her grandchildren.

‘Let them go to a country that suits their beliefs and I suggest to the grandparents, if you feel strongly about it, do what a lot of other grandparents have had to do: move overseas yourselves,’ she said.

Mr Morrison on Tuesday he was open minded about bringing the Sharrouf children back to Australia on the proviso no Australian was injured retrieving them. 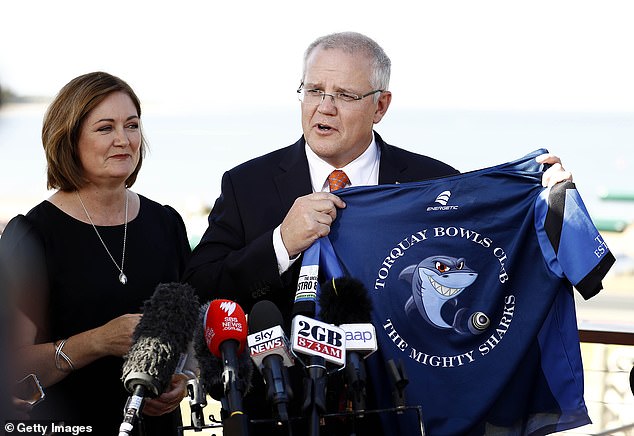 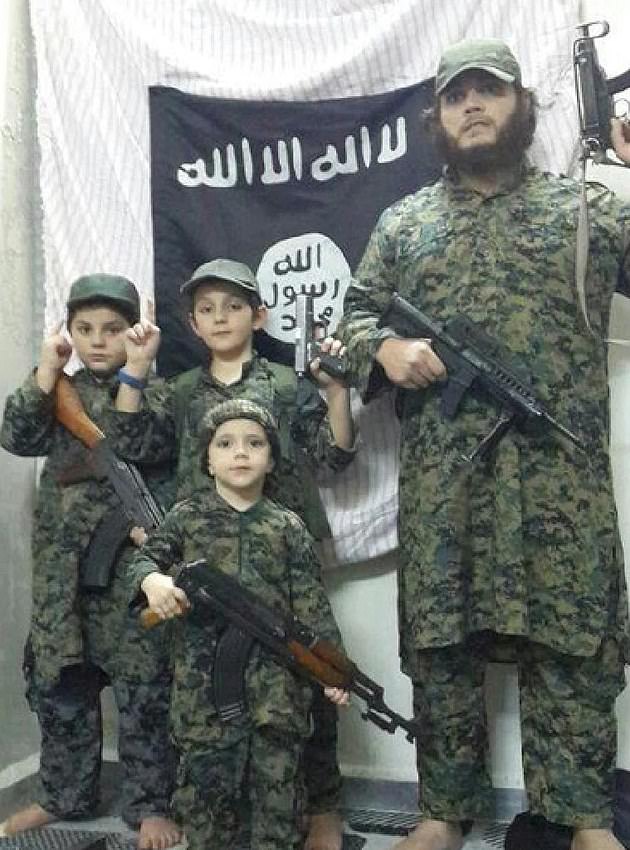 The Prime Minister described Khaled Sharrouf (pictured with sons Abdullah, 12, and Zarqawi, 11 shortly before an airstrike killed them in 2017) as a ‘murderous terrorist’

‘When it comes to the children, obviously we’ll deal with each and every case on its merits, but in every single case, we’ll be putting the security of Australians at the top of the list,’ he told reporters at Torquay, south of Geelong.

The Prime Minister described Sharrouf as a ‘murderous terrorist’.

‘He was a despicable individual,’ he said, as he campaigned with Liberal MP Sarah Henderson in the marginal seat of Corangamite.

‘And the fact that he actually put his children in that environment is unthinkable as a parent.

‘This is a very special brand of evil that he lived and no one’s unhappy to see the back of him.’

Australians begging to come home after fighting with ISIS 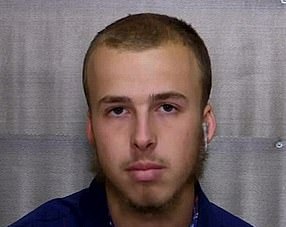 Olive Bridgeman, 21, (pictured) claims he went to Syria to be a humanitarian worker. 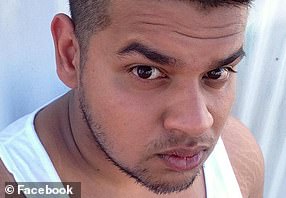 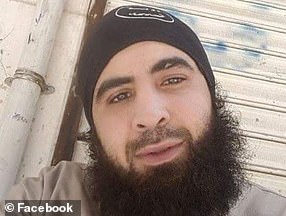 Ahmed Merhi, 27, (pictured) has begged Australia to help him escape. 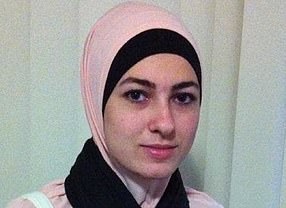 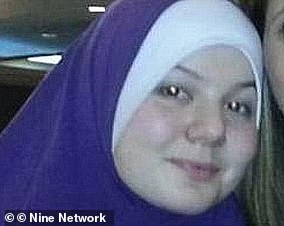 Zehra Duman, 24, (pictured) hit headlines in Australia when she fled to Syria in 2014. 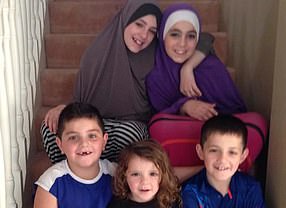