Paulo Costa only has one more fight on his current UFC contract but is in no rush to re-sign and is eager to become a free agent having rejected a new multi-fight agreement.

Borrachinha revealed that he was looking forward to a spell as a free agent at the end of his contract with the UFC – with just one fight remaining on that deal – which he deems not financially reflective of his qualities.

Talking to The MMA Hour, the 31-year-old admitted he had thought his contract was up, but he will fight once more before the end of his deal – something that clearly cannot come soon enough for the Brazilian. 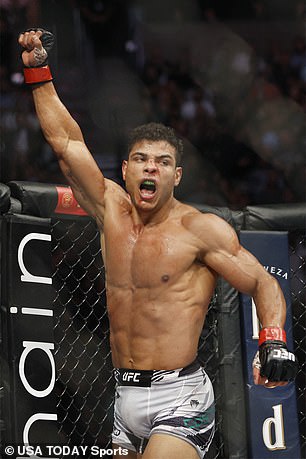 He told The MMA Hour he only won £28,500 for fighting Italian Marvin Vettori

‘I really believe it’s not just for me, it’s for everybody. I’m on a high, high level, fighting the best of this division and my contract is too old.

‘I need to talk with them and see. I’m not rushing up to see, but we need to see, we need to figure it out. I’m not happy with the current contract, of course.’

Borrachinha – or ‘the eraser’ – last fought at UFC 278 in August 2022, where a victory by unanimous decision over Luke Rockhold gave him his first win in three years after back-to-back defeats to Vettori and Israel Adesanya.

Generally, UFC fighter contracts run on three tiers; lower tier contracts for newer fighters, who will then upgrade to a middle tier, with only the championship’s premier stars signing an upper-tier deal. 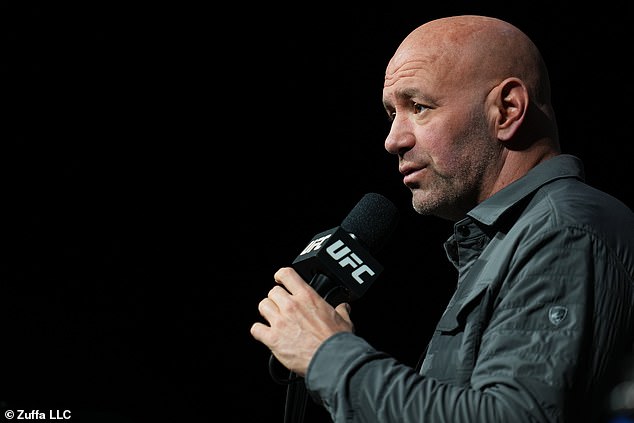 The £28.5k that Costa claims to have earned against Vettori would put him in the lower tier, with a 6-2 winning record in the UFC, despite being the No 6 ranked fighter in his division.

And he was not shy in sharing his frustrations on Twitter, where he told his followers of his eagerness to be freed from his contract and revealed he ‘politely declined’ a new deal.

‘Just 1 fight to get free from UFC contract,’ he tweeted on December 6.

And the 31-year-old followed it up two days later with: ‘so I politely declined. they offer a 6-fight deal, but I’m not interested in a multi-fight deal.’