This is the moment a robotic dog tries its metal paws at herding unruly sheep on a farm in New Zealand.

Spot gathered together the animals before pushing them through the field, with the help of two biological sheepdogs.

Developed by Boston Dynamics, it can reach speeds of up to 3mph and costs less than a car, which average £30,000, to lease, according to reports.

It has been heralded as the future of farming. 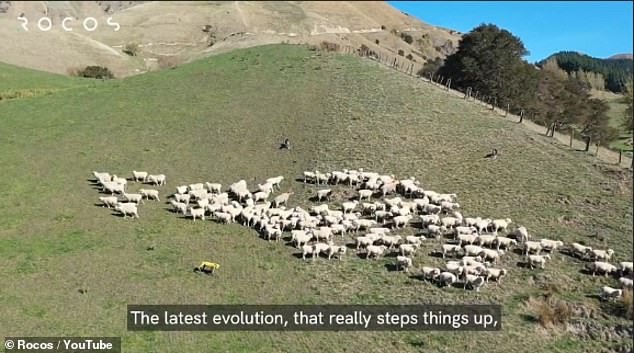 The robot was seen helping the dogs to keep the sheep together. It appeared they were preparing to move them between fields

The clip, which could offer a glimpse into the future of livestock care, also shows the robot marching through an orchard, along a road and navigating its way down a grassy verge.

‘The use of autonomous robots in agriculture is increasing the efficiency of food production,’ said Rocos, which published the clip.

‘Robots, like Spot from Boston Dynamics, increase accuracy in yield estimates, relieve the strain of worker shortages and create precision in farming.’

The video has been viewed more than 103,000 times since it was released.

Spot runs for 90 minutes before needing a battery change, is rain protected, and can withstand temperatures from -20C to 45C, according to the Boston Dynamics website. 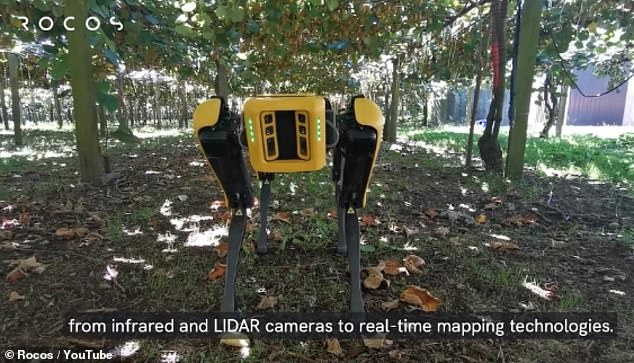 The video also showed the robot marching through an orchard, shown, and making its way along a grassy verge 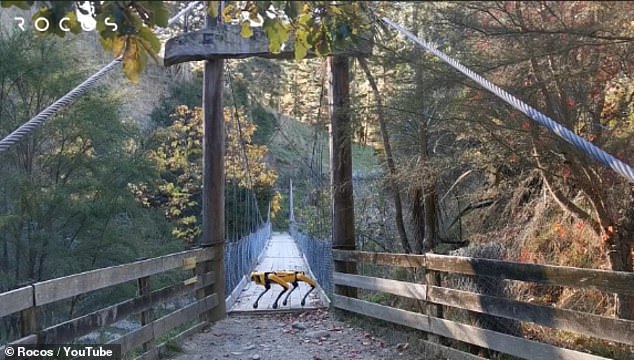 The machine, which has also been offered for work on building sites, in mines, and in healthcare, can carry up to two stone.

And in a recent announcement, Boston Dynamics said it can be controlled from any location due to their partnership with cloud-based software platform Rocos.

It can be purchased on lease through an ‘early adopter programme’ which costs less than a new car, reports Spectrum.org.

‘Our general guidance is that the total cost of the early adopter program will be less than the price of a car – but how nice a car will depend on the number of Spots leased and how long the customer will be leasing the robot,’ said the company’s business developer, Michael Perry. 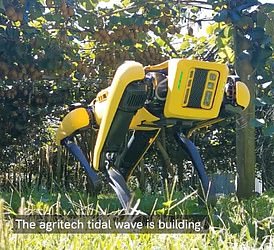 Weight it can carry: up to two stone

Added features: Can have robotic arms attached and can be controlled from any location. 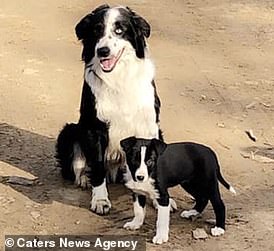 Sheepdog and puppy together in Scotland

Where work?: Herding animals on a farm, particularly sheep

Weight it can carry: Unknown

Added features: Love and affection towards its owner and other humans. Needs to be trained.