Pawsitively baffling! Mind-bending animal optical illusions will make you do a double take

Pawsitively baffling! Mind-bending animal optical illusions will make you do a double take

These mind-bending photos will make you do a double take.

These optical illusions were taken by people around the world, with the very best examples collated by Bored Panda.

From a cat cloud god captured at just the right moment to two giant pigeons looking for their car, the snaps play with perspective with hilarious results.

Some people love them, others find them creepy – but whether they happened by accident or design optical illusions can be pretty mind bending.

Here, FEMAIL shares some of the best examples…

The dog-human hybrid. This particular beard, sorry breed, of dog can be found in Georgia apparently. 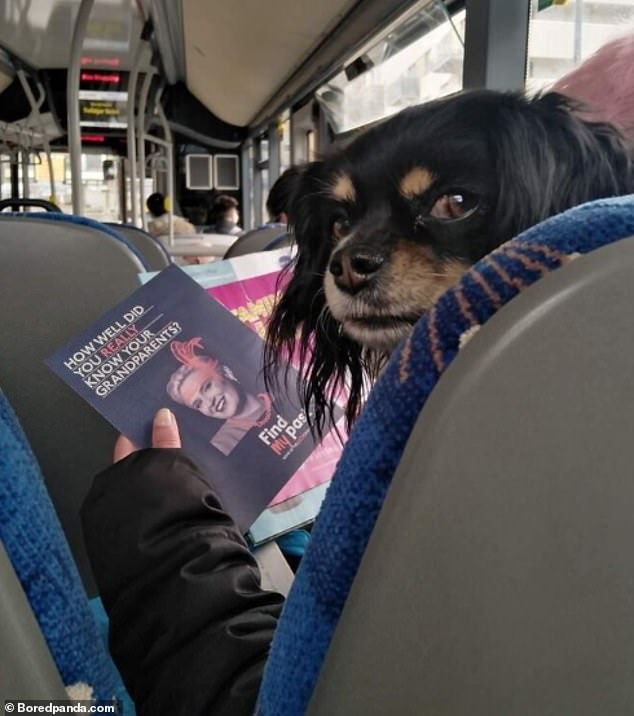 Do you mind? This UK Spaniel didn’t like being interrupted reading his magazine during a bus ride. 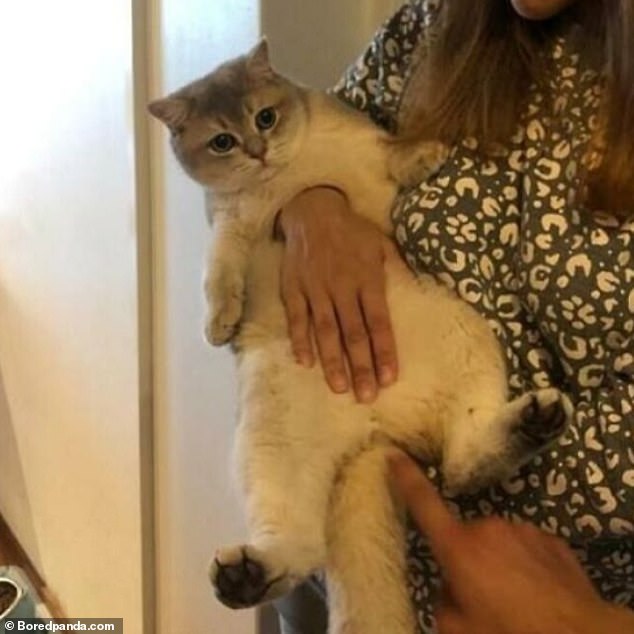 A hole lot of explaining needs to be done about this picture, taken in the US. Either someone’s adopted a ghost cat or it’s just a really good optical illusion. 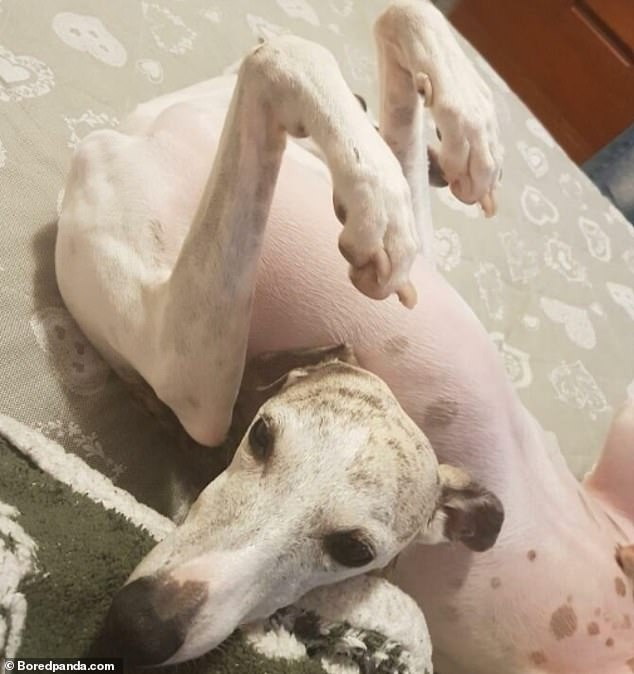 If you’re stuck for Halloween ideas for your children, you might want to consider dressing them as the greyhound with a portable head. Taken in the US. 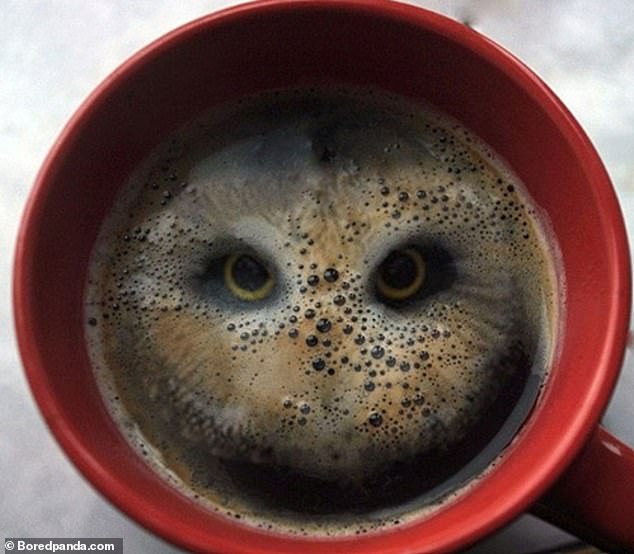 Apparently, according to one US coffee lover, Hula Hoops plus coffee = owl. If our coffee looked like this, we might rotate our heads 270 degrees too. 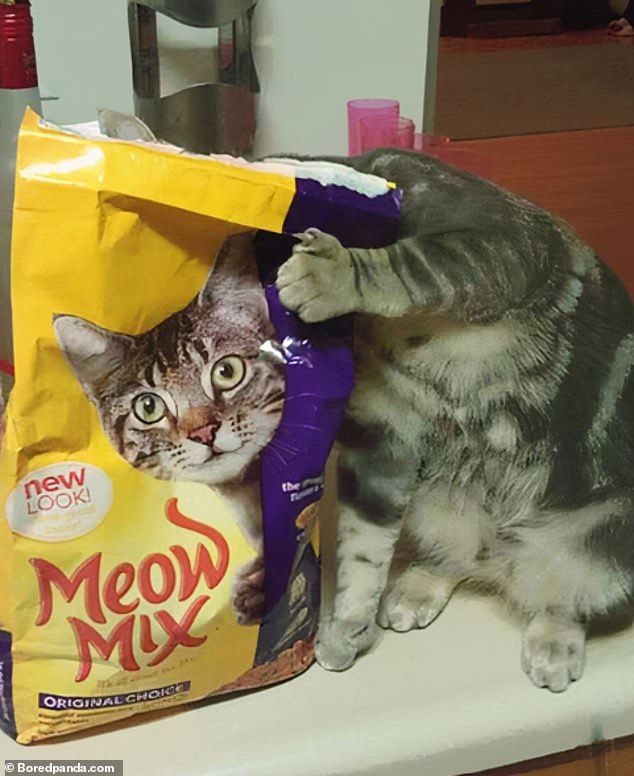 Meow mix-up: This US cat owner probably wanted out of the country life and into the modelling industry – this was a hint. 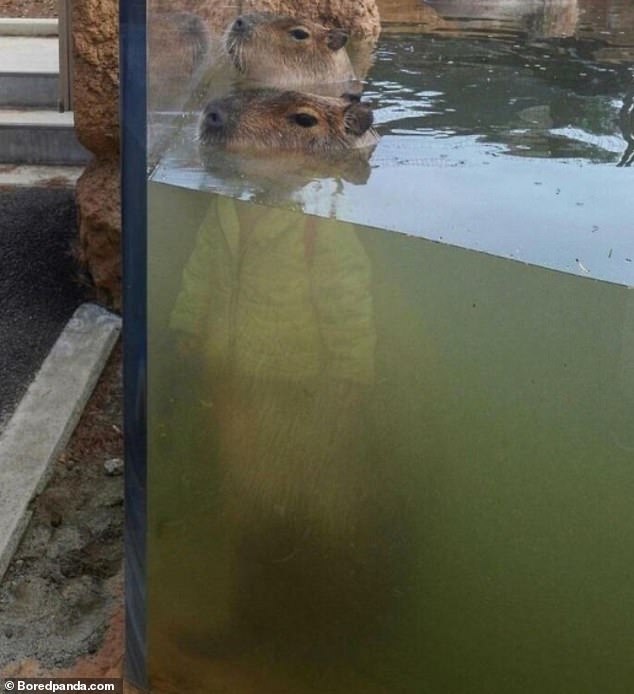 This capybara in the US is a little out of his depth on what looks to be a plumbing job – judging by the reflection that makes it look it like he’s wearing clothing. 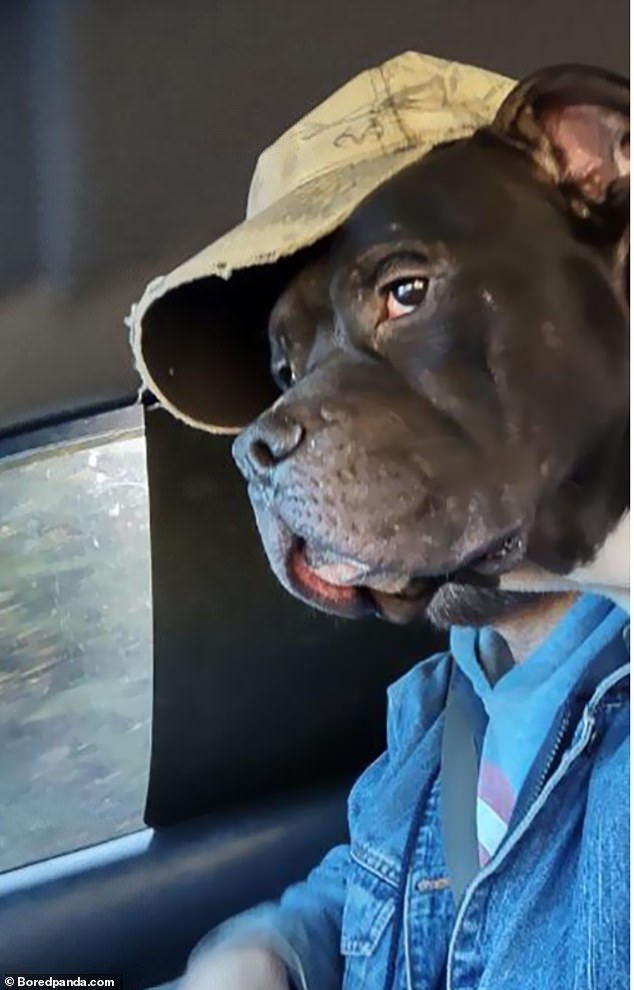 This US person’s father decided to send him a funny photo of the family dog – we must say he suits the denim and cap look. 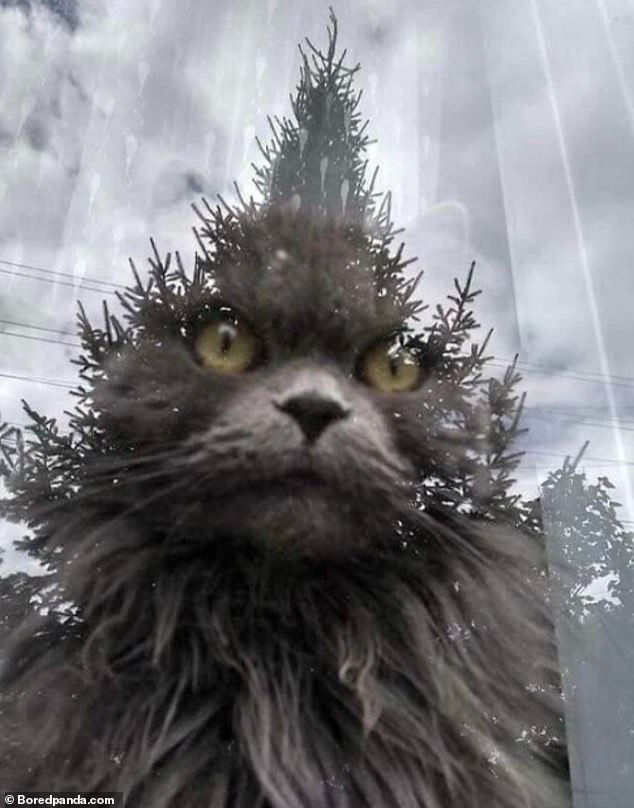 This optical illusion, taken in the US – makes this cat seem like a side quest monster taken on by Henry Cavill in the Witcher. 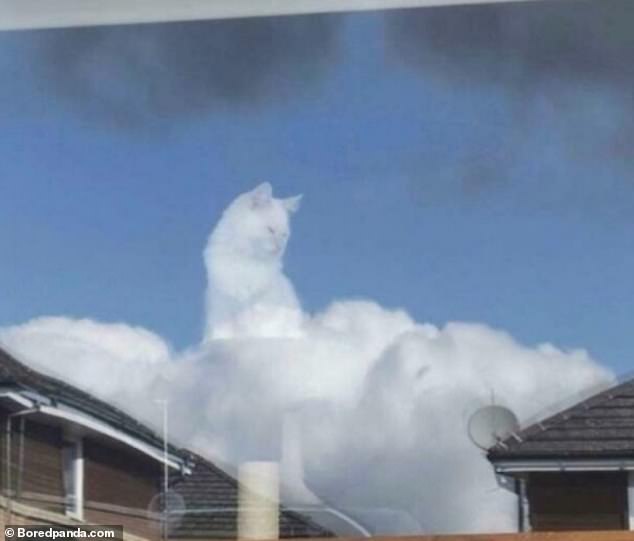 The Persian God of the Clouds – this Japanese cat owner got the best shot of their Persian cat, reflected from a window, which makes it look like it’s rising meow-jestically from the clouds! 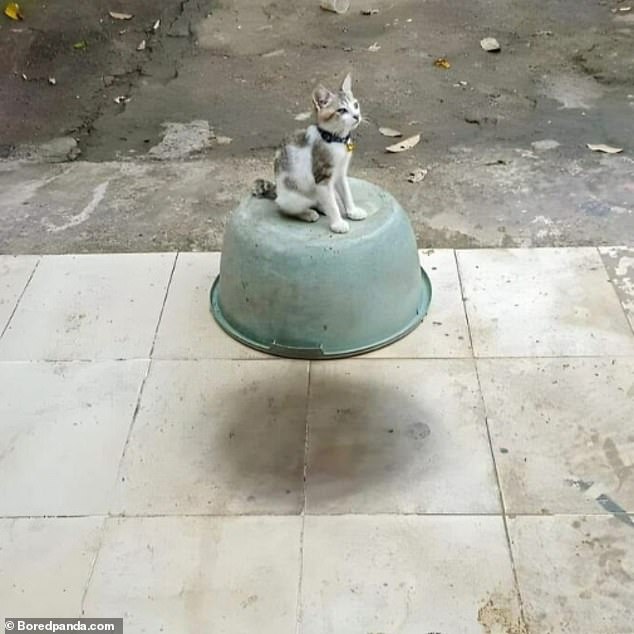 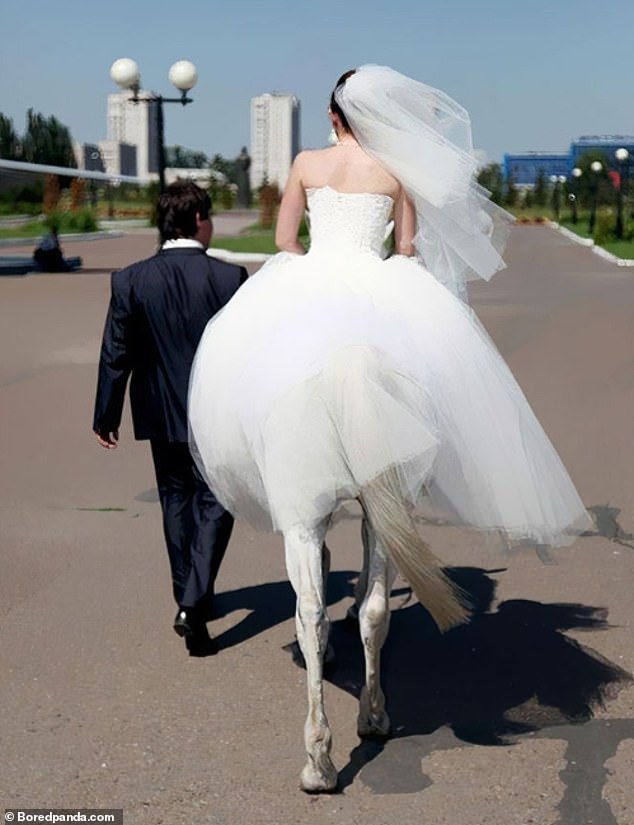 There are certain states of the US where this kind of union is legal, and we hope this is one of them. 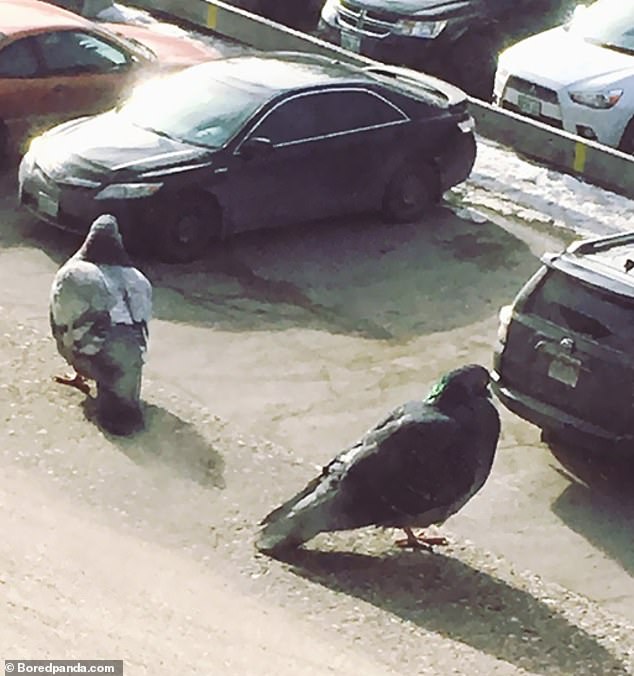 You would have thought pigeons would use their frequent flier miles but this picture taken in the US looks like they are looking for their cars instead. 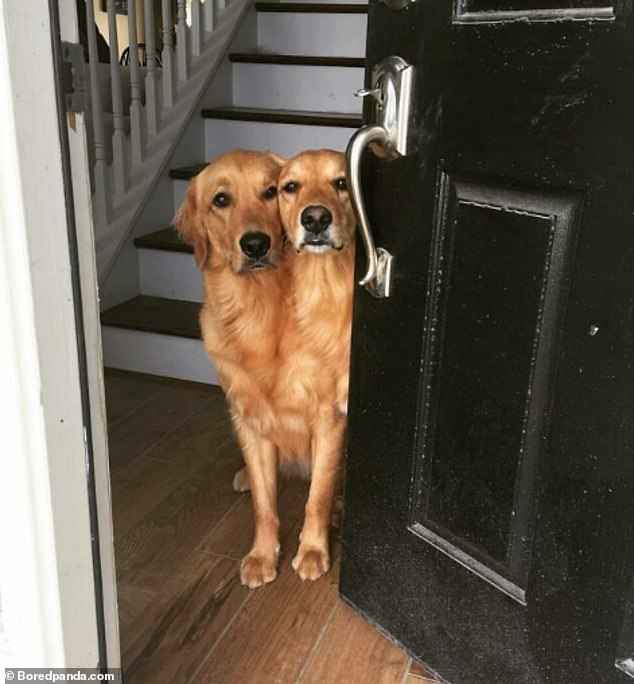 This US dog owner looks like they bit of more than they can chew with conjoined Golden Retrievers. Luckily, it’s only an optical illusion!