PE teacher, 39, who had sex with underage girl pupils is banned from teaching

Father-of-two assistant head teacher, 39, who had sex with underage girl pupils in his PE office and told one ‘I could go to prison for this’ and was jailed for 12 years is banned from classroom for life

By Mark Branagan and James Gant For Mailonline

An assistant headteacher who groomed pupils and had sex with them in his office has been banned from the classroom for life.

He was jailed for 12 years in July 2019 at Portsmouth Crown Court.

He has now been struck off for life by the Teaching Regulation Agency watchdog over multiple offences while teaching at Warblington School, Havant.

Peter Ward, who chaired the disciplinary hearing, said: ‘The panel was satisfied that the conduct of Mr Aldridge was wholly contrary to the standards expected of the teaching profession.

‘Teachers are placed in a privileged position of trust and Mr Aldridge had abused his position.

‘Mr Aldridge’s conduct was of the most serious and gravest kind.

‘Mr Aldridge’s actions in committing the offences had undoubtedly caused significant hurt and suffering to pupils who had been placed in his care.

‘The panel considered that Mr Aldridge’s behaviour in committing the offences would affect public confidence in the teaching profession.

‘Further, that public confidence in the profession would be severely damaged in the event he was allowed to teach following his release from prison. 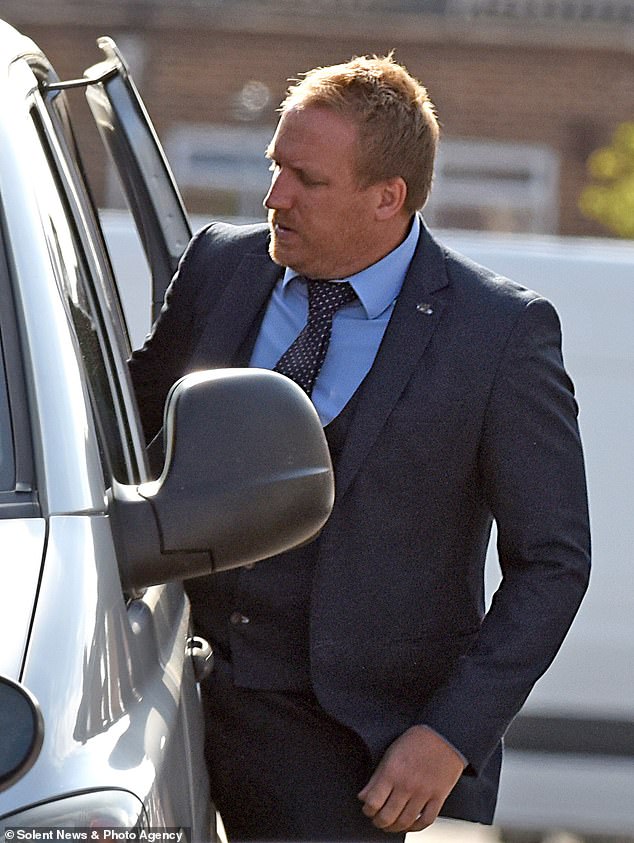 The panel considered Mr Aldridge’s actions had been calculated and deliberate. No documents in the form of mitigation were submitted on behalf of Mr Aldridge.

There was no indication from the documents before the panel that Mr Aldridge was remorseful or had shown insight into his conduct.

The panel was in no doubt that Mr Aldridge’s misconduct was of the most serious kind and had been serious sexual misconduct.’

His first alleged victim told police they had sex every day and she had a miscarriage with his child in Year 11. 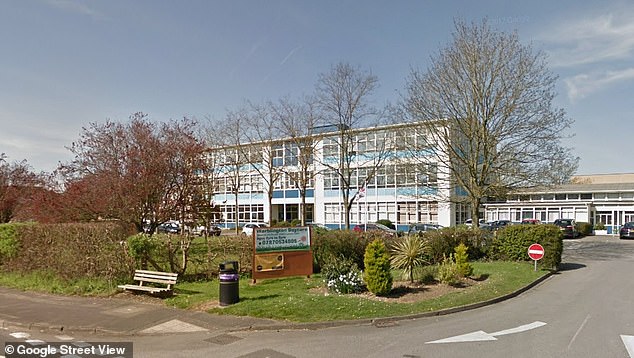 He taught at Warblington School, a secondary near Havant in Hampshire, when the alleged sexual abuse happened between 2007 and 2012

Prosecutor Robert Bryan told jurors Aldridge had a ‘secret second phone’ which he hid in a jacket pocket in his wardrobe.

He used his middle name ‘Jack’ as a code name on his secret phone, and two of his victims had the number saved on their phones as ‘Jack Ridge’ to protect his identity, the court heard.

His alleged grooming began in 2007 after he gave a 15 year old pupil, who cannot be named for legal reasons, his mobile number because she was having ‘problems at home’.

Mr Bryan said: ‘The victim said her first sexual encounter was ruined because he kept repeating ‘I could go to prison for this’.’

Banning him from the classroom for life today/yesterday, decision maker Alan Meyrick, for the Education Secretary, said: ‘There was no indication from the documents before the panel that Mr Aldridge was remorseful or had shown insight into his conduct.’

In my judgement, the lack of insight means that there is some risk of the repetition of this behaviour and this puts at risk the future well-being of pupils.