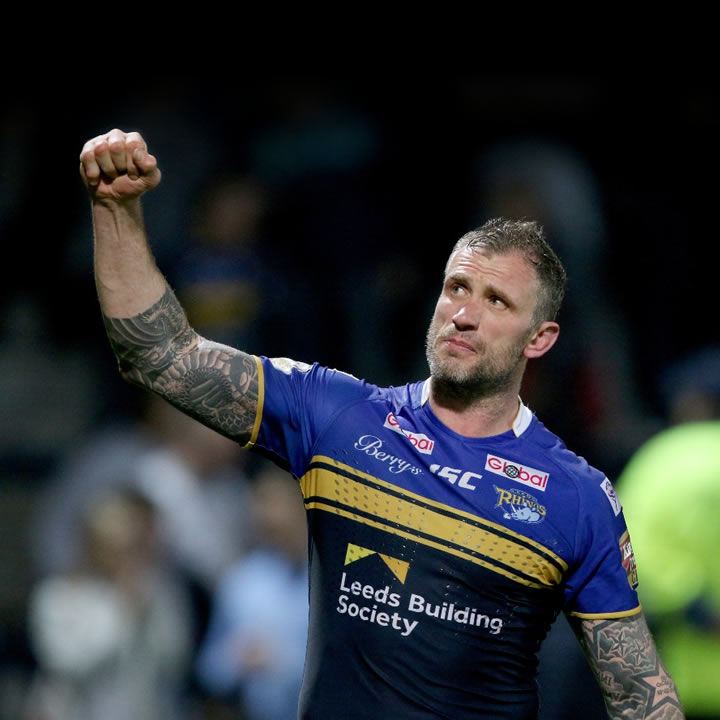 Playing the Rugby League World Cup on home soil could help England end their long wait to lift the prestigious trophy. That’s the view of former England and Great Britain captain Jamie Peacock, who reached the semi-finals of the tournament on two occasions.

England went into the World Cup as one of the more fancied teams, despite never previously managing to claim the title. Australia has won 11 of the previous 15 editions of the World Cup, with GB (3) and New Zealand the only other teams on the roll of honor.

After the decision was made during the 1990s for the home nations to compete separately, England has progressed to the final on just two occasions. They were beaten 16-8 by Australia at Wembley Stadium in 1995 and 6-0 by the same opponents in Brisbane five years ago.

While Australia is the favorite to emerge victorious this time around, Peacock believes home advantage could help England’s cause.

Jamie Peacock believes it is difficult for traveling teams to acclimatize to conditions when they travel to the other side of the world and has backed England to cash in.

“The weather is vastly different to what you get in Australia over here,” he told Betway. “It’s gloomy, miserable, and rainy. “On the other hand, when we played in the World Cup in Australia, we played in 35-degree heat and 100 percent humidity.

“Secondly, the intensity of the crowd is different in England. All players mention when they’re playing here how loud, vocal, and intimidating it can be.

“Thirdly, I think it’s just touring. Touring is difficult, right? You have good times, but staying professional for nine to 10 weeks brings challenges. You’re 12,000 miles away from home.”

England got their campaign off to a perfect start last weekend, running in ten tries on their way to a comprehensive 60-6 victory over Samoa.

Shaun Wane’s side went into the game as marginal underdogs against a team that many pundits had predicted to do well at the tournament, but England blew them away.

They face France in their second game aiming to cement the top spot in Group A and set up a meeting with the runners-up in Group D.

England is likely to face southern hemisphere sides during the knockout stage, before a probable final showdown with Australia in Manchester on November 19.

Peacock admits that England will not find it easy to break their World Cup duck, particularly given the strength of rugby league in Australia.

“We’re always going to be behind in terms of participation,” he added. “Over the last 15 years it’s grown and grown in Australia and the TV deals have grown, the money in the game is huge.

“Extra numbers of participation means they have got a far bigger talent pool and that allows them to be the best sides.

“The NRL is the elite competition now and that provides an environment of excellence every week. I think that brings a winning mindset.”