Adam Schiff of California: The chairman of the House Intelligence Committee, 59, led the impeachment process against Donald Trump. He became a frequent target of Trump’s fury: the president called him ‘Liddle’ Adam Schiff and made fun of his neck. But Schiff won praise for his leadership during witnesses hearings. Schiff served in the California State Assembly and was a federal prosecutor in the U.S. Attorney’s Office in Los Angeles for six years. He oversaw the prosecution of Richard Miller, the first FBI agent ever to be indicted for espionage. Elected to Congress in 2012. 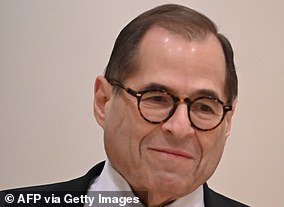 Jerry Nadler of New York: The Chairman of the House Judiciary Committee, 72, led the series of hearings that developed the two articles of impeachment against the president: abuse of power and obstruction of justice. He’s in his 15th term in Congress and was a New York State Assembly man before joining Capitol Hill. He was in law school when he was first elected to state office and completed his J.D. while serving in Albany. He and Schiff were expected to be named. Elected to Congress in 1992. 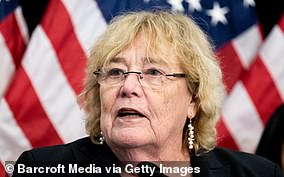 Zoe Lofgren of California: A close Nancy Pelosi ally and a long time friend of the speaker, Lofgren, 72, has the unique experience of playing a role in three presidential impeachment proceedings: as a Judiciary Committee staffer during Richard Nixon’s in 1974, as a Judiciary Committee Member during Bill Clinton’s 1999 impeachment, and now in President Trump’s. Additionally, she heads the Committee on House Administration, a position that has the moniker ‘Mayor of Capitol Hill’ given the panel’s jurisdiction over the everyday running of the Capitol, including members’ allowance, office space, and rules of the House. Elected to Congress in 1994. 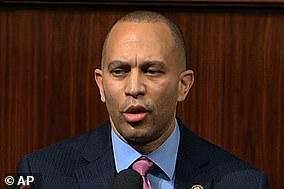 Hakeem Jeffries of New York: Jeffries, 49, was a litigator in private practice before running for elected office. He worked in the litigation department of Paul, Weiss, Rifkind, Wharton & Garrison before becoming assistant litigator for Viacom and CBS, where he worked on litigation stemming from the Super Bowl XXXVIII halftime show controversy, when Janet Jackson’s breast, adorned with a nipple shield, was exposed by Justin Timberlake for about half a second, in what was later referred to as a ‘wardrobe malfunction’. The Federal Election Commission fined CBS $550,000 after a long legal case. The Chair of the House Democratic Caucus, Jeffries serves on the House Judiciary Committee. Before Congress, he was in the New York State Assembly for six years. Elected to Congress in 2012 and a member of the House Judiciary Committee. 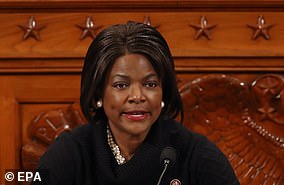 Val Demings of Florida: Demings, 62, served in the Orlando Police Department for 27 years, including serving as the city’s first female chief of police. She is one of seven children born in poverty – her father worked in Florida orange groves and her mother was a housekeeper. She was the first member of her family graduate from college. She worked as a social worker before joining the Orlando police department. A member of the House Intelligence panel and the Judiciary Committee, Demings won plaudits for her careful questioning of witnesses during the impeachment hearings. She wrote on Twitter in December, during the impeachment process: ‘I am a descendant of slaves, who knew that they would not make it, but dreamed and prayed that one day I would make it. So despite America’s complicated history, my faith is in the Constitution. I’ve enforced the laws, and now I write the laws. Nobody is above the law.’ She spends her free time riding her Harley-Davidson Road King Classic motorcycle. Elected to Congress in 2016.

Jason Crow of Colorado: Crow, 40, was an Army Ranger in Iraq and Afghanistan, where he served three tours and was awarded a Bronze Star. He was a private litigator with the Holland and Hart Law Firm before running for Congress. He was elected to Congress in 2018 and serves on the House Armed Services Committee.

Sylvia Garcia of Texas: Garcia, 69, has a strong judicial background. She was the director and presiding judge of the Houston Municipal System and was elected city controller. She was also the first Hispanic and first woman to be elected in her own right to the Harris County Commissioner’s Court. Elected to Congress in 2018, she serves on the House Judiciary Committee.