Pelosi, Trump and impeachment: How the speaker got to…

By then, it was too late.

The night before, she already had started handwriting a draft of the speech she would deliver to the nation.

This account of the turn of events of recent days is based on interviews with lawmakers and aides. Some spoke on condition of anonymity to because they were unauthorized to detail private conversations and events.

Lawmakers and aides in D.C. spoke on the condition of anonymity to provide insight to the days leading up to Nancy Pelosi’s announcement

Pelosi’s decision to launch an impeachment inquiry Tuesday was set in motion even before that early morning phone call, the inevitable response to an administration that repeatedly defied Congress before refusing to turn over a whistleblower’s complaint against the president.

Trump pleaded innocence when he called Pelosi, D-Calif., shortly after 8am Tuesday, dashing to deliver his address at the United Nations.

At first he wanted to talk about gun violence legislation. Then the conversation turned to the fallout from a whistleblower’s complaint that he pushed Ukraine president Volodymyr Zelenskiy to investigate former Vice President Joe Biden, a current Democratic presidential candidate.

‘You know, I don’t have anything to do with that,’ Trump said about the administration’s refusal to turn over the complaint to Congress. 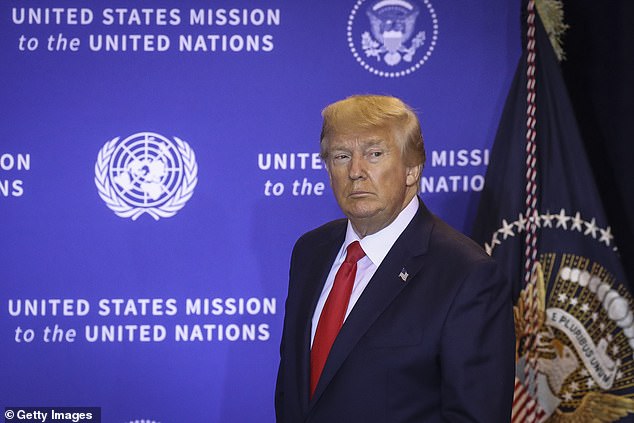 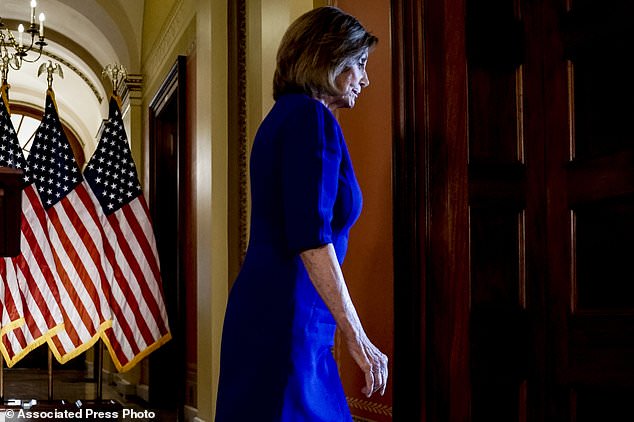 Trump pleaded innocence when he called Pelosi, D-Calif., shortly after 8am Tuesday, dashing to deliver his address at the United Nations

Pelosi took the call at her apartment in Washington as she was preparing for work. She responded that by withholding the complaint, Trump was asking his acting director of national intelligence to break the law.

The speaker never tipped her hand that the impeachment announcement was coming later that afternoon, when she would stand before American flags and address the nation from her balcony in the Capitol.

But she may have led Trump to believe what was coming. She had been thinking and planning for this moment for some time, and she let Trump know the gravity of the situation before they both hung up. She was late for her morning meetings.

Pelosi has been the voice of restraint in the House, declining to take up the cause of impeachment as the House pursued its oversight of the administration in the aftermath of former special counsel Robert Mueller’s report.

Her approach was always a bit incongruent for the congresswoman from liberal San Francisco, where so many of her own constituents wanted to see Trump impeached long ago. 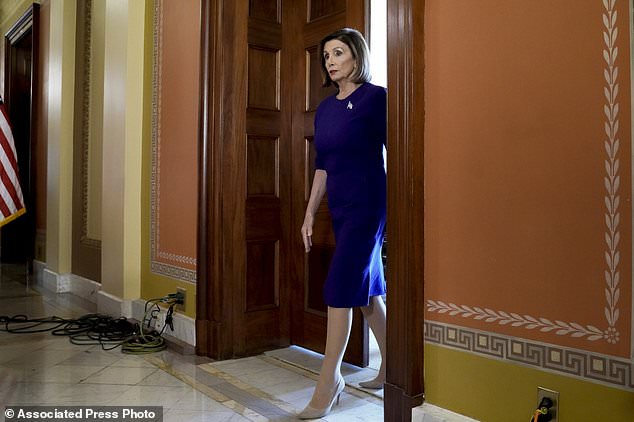 But for Pelosi, who wore an American flag pin, rather than her speaker’s mace broach, on her blue dress Tuesday, impeachment was always a last resort. She had lived through the impeachment of one president, Bill Clinton, and fended off calls to impeach another, George W. Bush, the last time Democrats had the majority and she was speaker.

She viewed impeachment as too political, too divisive. Behind her calculus was a desire to protect dozens of centrist lawmakers, those who won elections last fall in previously Republican districts where Trump remains popular.

But her position was becoming untenable.

It wasn’t just the allegation of Trump turning to a foreign leader for election help that turned the tide toward impeachment. Even more alarming to lawmakers was the administration’s refusal to turn over the complaint, as expected by law.

Pelosi, who helped write the whistleblower statutes and create the office of the director of national intelligence after the attacks of Sept. 11, 2001, understood the stakes as much as anyone.

This is part of ‘her own DNA,’ said Rep. Sheila Jackson Lee, D-Texas. 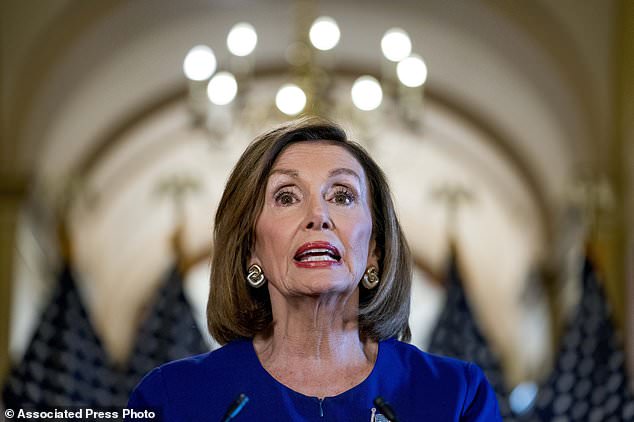 For Pelosi, who wore an American flag pin, rather than her speaker’s mace broach, on her blue dress Tuesday, impeachment was always a last resort

Pelosi had worked the phones all weekend, talking to Democrats in between delivering remarks at memorial service Saturday for journalist Cokie Roberts in Washington and Sunday for Rep. James Clyburn’s wife, Emily, in South Carolina, as news reports unspooled more details of the Ukraine call.

Pelosi started telling some veteran lawmakers who had been withholding their views to go ahead and get out front of her. She talked with Chuck Schumer, the Democratic leader in the Senate, and told the New Yorker where she was headed.

At the same time, a group of freshmen lawmakers with national security backgrounds started working the phones. They were calling and texting each other over the weekend wanting to make their own statement in support of impeachment proceedings.

By Monday, they reached out Pelosi and told her, in a 5 p.m. phone call, that their opinion article backing an impeachment inquiry was about to be published in The Washington Post. She was not surprised.

Pelosi had been in New York all day and was attending a dinner as part of the U.N. General Assembly session.

On a 9 p.m. flight back to Washington that night, Pelosi started handwriting her own thoughts. It was the speech she would deliver to the American public the next day.

As the House prepared to gavel in Tuesday, more and more members started adding their names to the impeachment calls. Rep. John Lewis, D-Ga., the influential civil rights leader, was about to deliver a speech saying it was time.

And then the president called.