Colombia goalkeeper David Ospina has cast doubt on his future at Arsenal after keeping his side in the Copa America Centenario.

He saved Miguel Trauco’s penalty following a 0-0 draw with Peru, with Colombia eventually winning 4-2 in the shoot-out to reach the semi-finals.

Ospina also made a fine save from Christian Ramos’ header in stoppage time as Peru threatened to snatch a late winner. 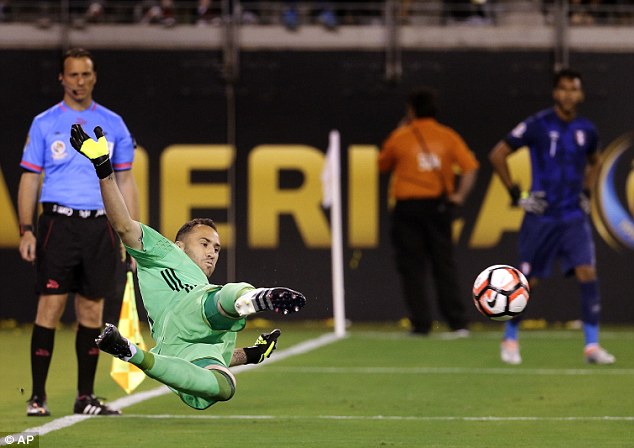 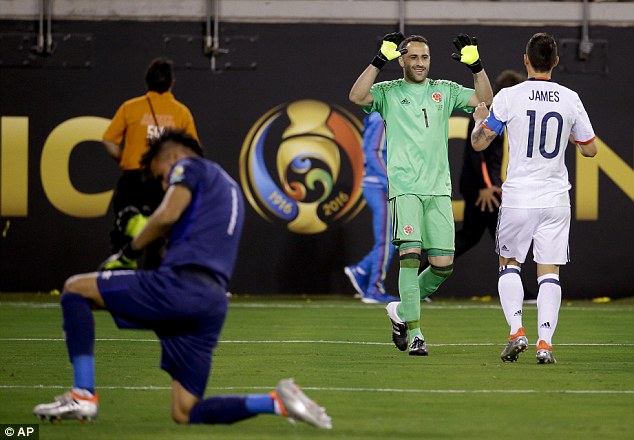 In the 2015-16 campaign he was No 2 to Petr Cech in the Arsenal goal and it has led to speculation he will move elsewhere in the summer, seeking a first-team place after just playing four times in the Premier League last season.

For now, though, he is focused on trying to win the Copa America with Colombia.

Asked whether he would prefer Mexico or Chile in the semi final, he said: ‘They are both important teams. They both have good players so whatever happens it will be a tough game, a very intense game.’ 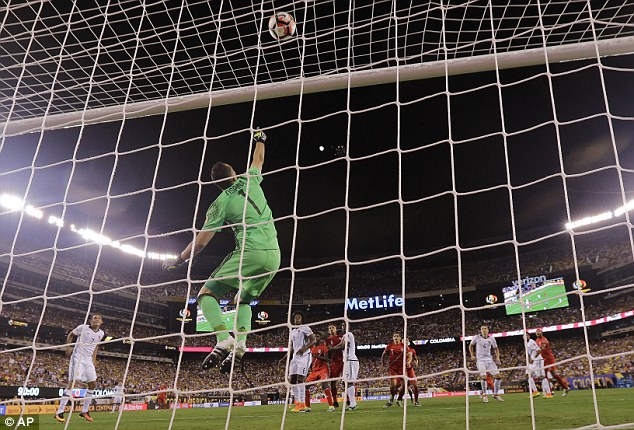 The 27-year-old, who only made four appearances for Arsenal last season, pulled out some incredible saves 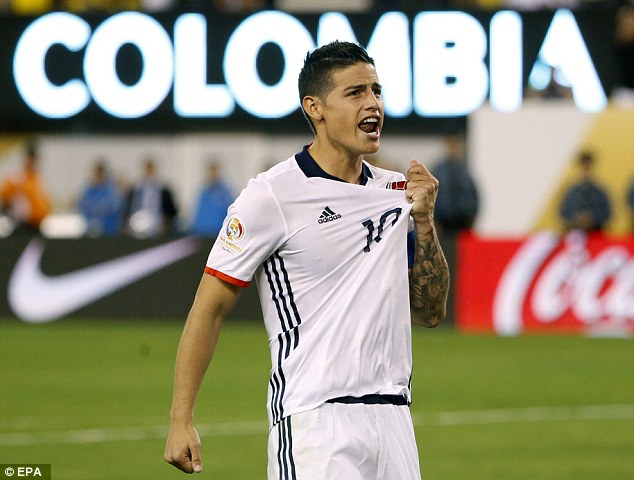 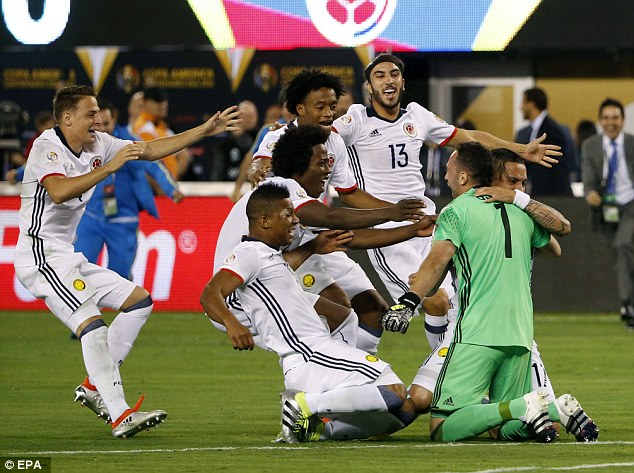 Even if Arsene Wenger doesn’t consider the goalkeeper worthy of being his regular stopper, Ospina has an admirer in James Rodriguez.

The Real Madrid star praised him after the game. ‘He’s a great, I hope he’s here for us many more times. I love him a lot, he knows that. Today and always he’s been there. I think he’s the best.’

James is married to Opsina’s sister Daniela, making them brothers-in-law.