Mike Pence said Sunday that governors’ concerns over availability of coronavirus tests are unwarranted, as he asserted there are enough resources that every state should begin ‘phase one’ of the administration’s plan to reopen the country.

‘There is a sufficient capacity of testing across the country today for any state in America to go to a phase one level,’ Pence told NBC’s Chuck Todd.

The vice president’s comments come as governors have expressed that their respective states do not have the availability of testing kits for coronavirus necessary for the demand of people who need them.

‘While our capabilities are there, these important supplies are not,’ Michigan Governor Gretchen Whitmer told NBC’s Meet the Press Sunday morning.

Whitmer and Ohio Governor Mike DeWine, both Democrats, told NBC News that they have the capabilities to double or triple testing, but not the supplies needed to do so.

Vice President Mike Pence said Sunday that states have enough coronavirus tests, claiming they should be well on their way to implementing Phase One of the administration’s plan to reopen the country

Donald Trump asserted in a tweet shortly after his vice president’s comments that he is ‘right on testing,’ and that it’s up to governors to step up and end lockdowns and stay-at-home orders 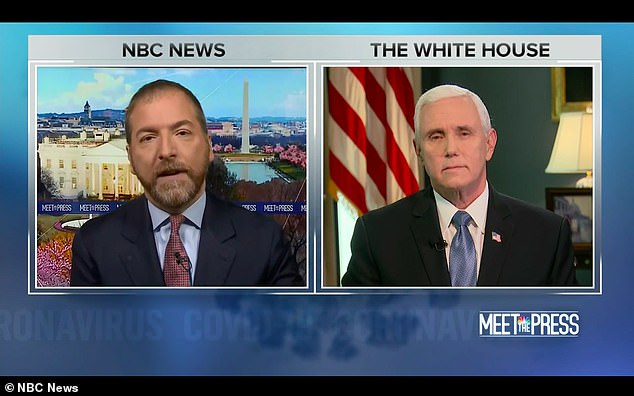 ‘There is a sufficient capacity of testing across the country today for any state in America to go to a phase one level,’ Pence told NBC News Sunday morning 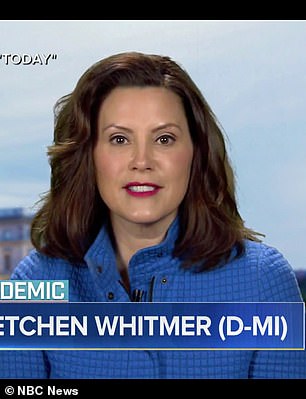 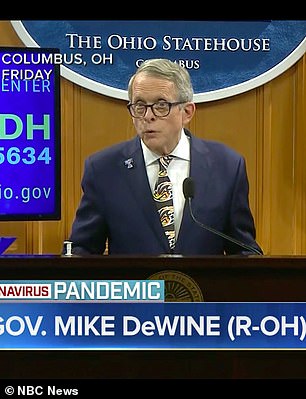 Michigan Governor Gretchen Whitmer (left) and Ohio Governor Mike DeWine (right) – both Democrats – claim they could double or triple testing if the supplies were available. ‘While our capabilities are there, these important supplies are not,’ Whitmer said

Shortly after the vice president’s comments, Donald Trump tweeted that governors are the ones who need to step up, claiming they have enough testing kits.

‘Just like I was right on Ventilators (our Country is now the ‘King of Ventilators’, other countries are calling asking for help-we will!), I am right on testing,’ the president tweeted Sunday afternoon.

‘Governors must be able to step up and get the job done. We will be with you ALL THE WAY!’ he said, voicing his criticism and support for governors simultaneously.

Trump and many in his administration claim it’s time to reopen the country, but several governors claim they need to have more testing supplies to make sure their states are waning in cases and deaths from coronavirus.

Phase One details that individuals should continue social distancing, minimize all non-essential travel and keep social gatherings to 10 people or less.

Most notably, Phase One of the plan would allow large venues, such as restaurants, churches, movie theaters and sporting venues to reopen, but maintain social distancing protocols.

It would also allow all elective surgeries to resume and for gyms to reopen – as long as social distancing guidelines are enforced.

Pence says all states have the testing capabilities and supplies that they should already be entering Phase One of the reopening plan.