She scooped up the Best Actress award for her appearance in the movie, at Venice Film Festival.

And on Monday, Penelope Cruz stepped out in a textured blazer and matching skirt for the screening of Madres Paralelas – otherwise known by its English title Parallel Mothers – in Madrid, Spain.

The actress, 47, vamped up the co-ord set with fishnet tights and skyscraper heels, while carrying her belongings in a classic Chanel handbag. 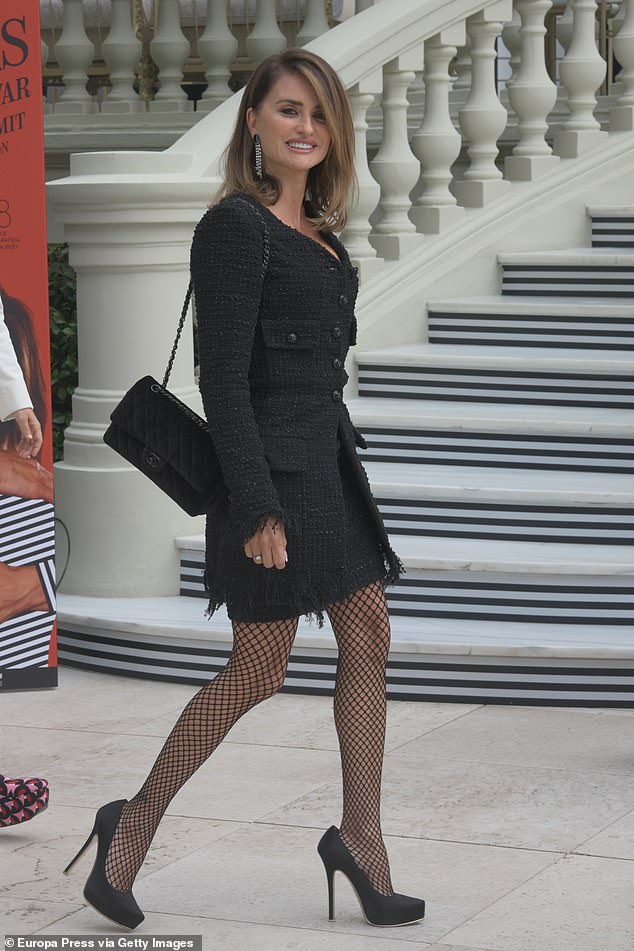 Chic: On Monday, Penelope Cruz, 47, stepped out in a textured blazer and matching skirt for the screening of her film Parallel Mothers in Madrid, Spain

Penelope oozed sophistication in her chic ensemble, which perfectly suited her slim frame.

She accessorised with diamond drop earrings, while styling her brunette tresses into a sleek, straight long bob.

Penelope stars as Janis in the highly-anticipated film Parallel Mothers, which sees two women meet in a hospital room where they are both about to give birth. 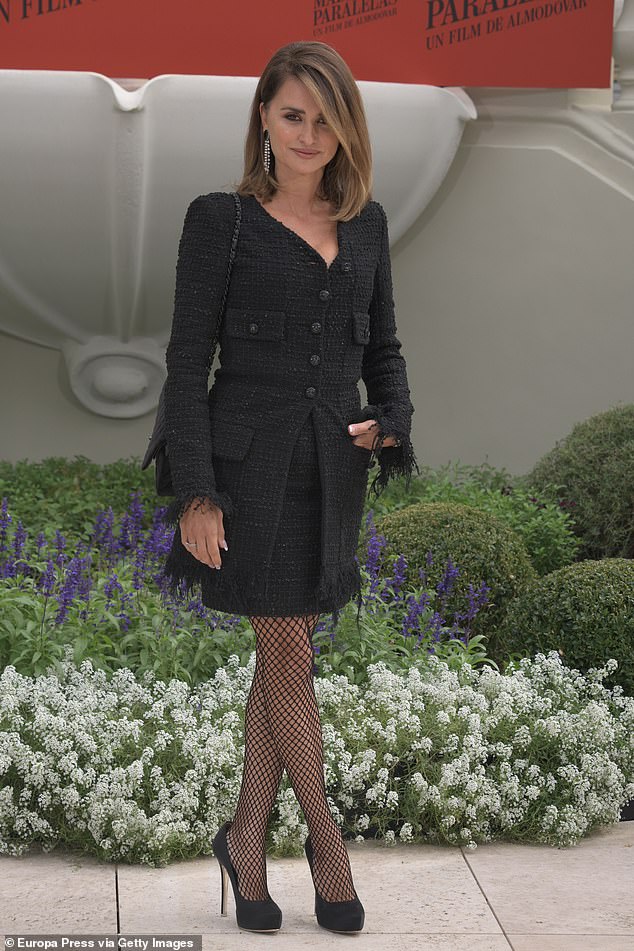 Sexy: The actress vamped up the co-ord set with fishnet tights and skyscraper heels

She recently won a Coppa Volpi award during Venice Film Festival for her appearance in the movie Madres, directed by Spanish filmmaker Pedro Almodovar.

Accepting the award, the actress said: ‘Thank you Pedro. This is 100 percent yours.

‘Thanks for once again trusting me, for inspiring me every day with your search for truth, outside and inside.’ 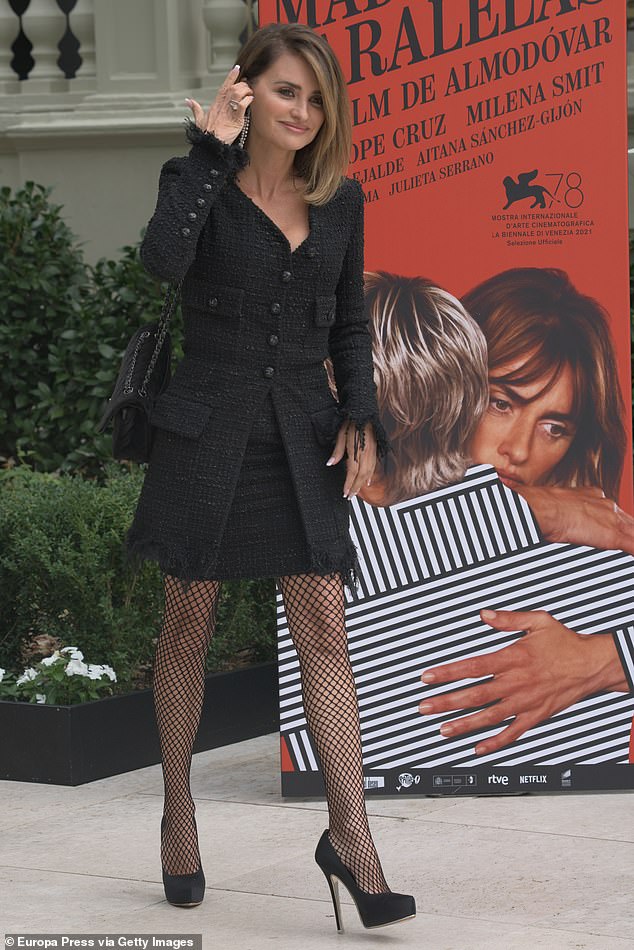 Sublime: She carried her belongings in a classic Chanel handbag and accessorised with diamond drop earrings

She had previously described acclaimed director Almodovar as her ‘safety net’ in a press conference ahead of their red carpet appearance in Venice.

Penelope explained: ‘He can ask me to do something that can really scare me but I know he will be there waiting to sustain me,’ adding that she was grateful to the director for giving her ‘so many different, challenging characters’.

The actress has appeared in seven of Almodovar’s movies, including All About My Mother and Volver. 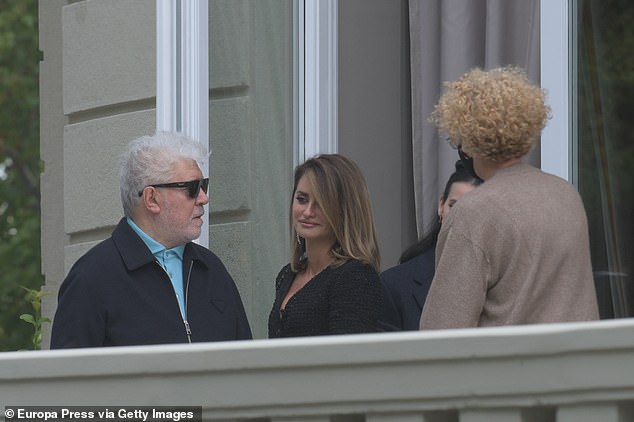 In good company: Penelope was seen with the film’s director Pedro Almodovar