For some animals, chasing their own tails can provide hours of endless fun. But if you haven’t got a proper tail – you have to get creative.

This is the adorable moment a penguin gets itself in a flap after spotting a butterfly in its enclosure.

In the clip, uploaded to YouTube, the inquisitive creature can be seen frantically chasing the insect around its pool at a zoo in Japan.

The bird splashes around in the water and tries to peck it out of mid-air as it gets closer and closer to catching it.

At one point, the penguin manages to corner the elusive insect, but as he shuffles over towards it – the creature quickly takes flight again and soars off around the enclosure at lightning speed. 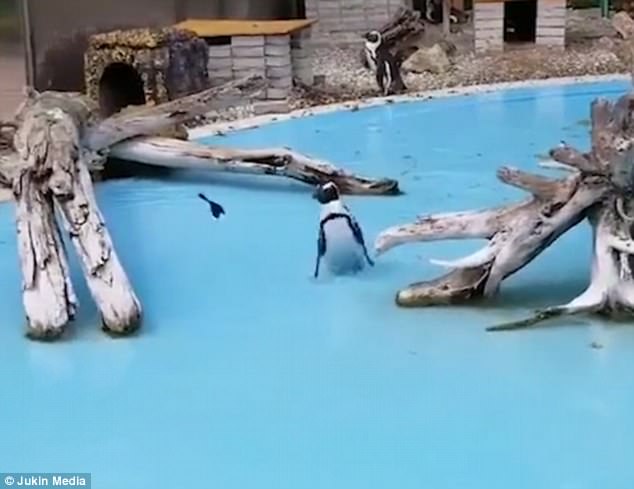 Far from helping, some of the other birds in the enclosure simply watch on in awe as their comrade chases after it in vain.

Even the cameraperson can be heard chucking as the hilarious scene unfolds.

The clip received widespread attention on social media – being shared a number of times on YouTube and Facebook.

But some users couldn’t decide who they wanted to win the adorable face-off.

One said: ‘I watch this and find myself rooting for both the penguin and the butterfly.’

Another added: ‘I’ve seen chickens chasing butterflies and I thought nothing could beat that…then I saw this.’ 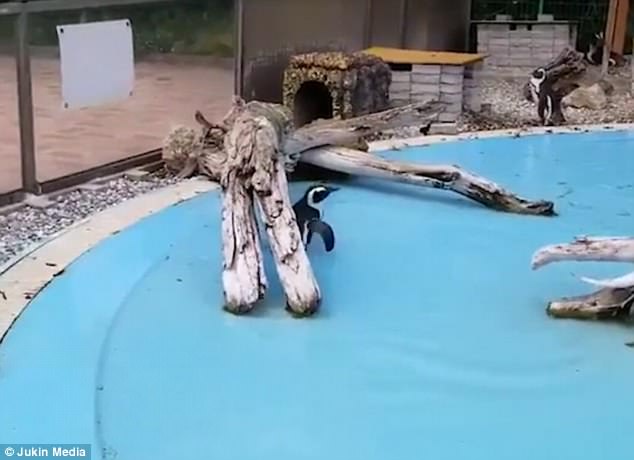 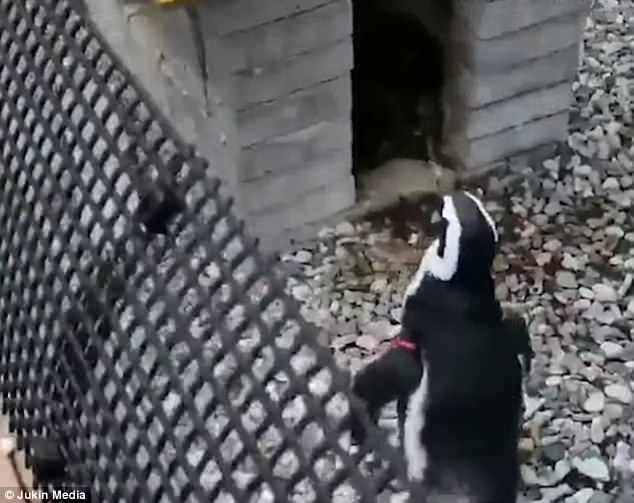 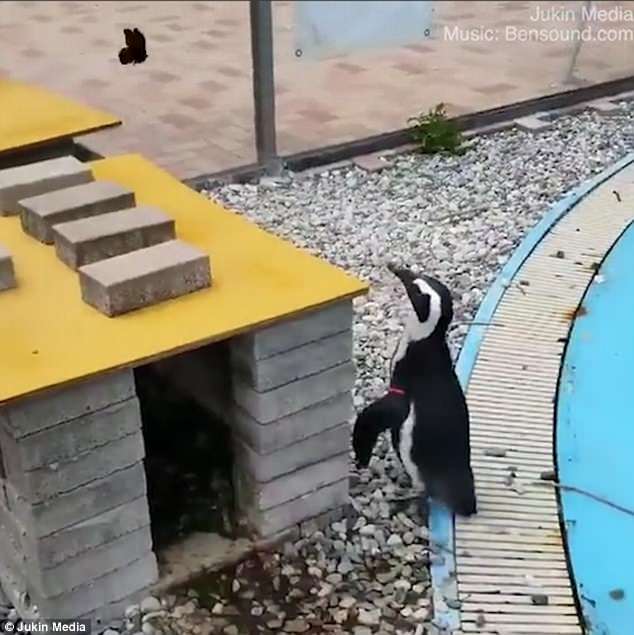