The stroke is the second of his career, and while he said he felt ‘pretty good’ upon getting back on the ice, he remains out indefinitely.

The 35-year-old Letang initially reported symptoms to the team’s training staff last week, and was held out of the November 29 overtime loss to Carolina with what the team called an illness.

The team is currently describing him as ‘day to day.’

‘I am fortunate to know my body well enough to recognize when something isn’t right,’ Letang said in a release last week.

‘While it is difficult to navigate this issue publicly, I am hopeful it can raise awareness. … I am optimistic that I will be back on the ice soon.’

He added of the ‘scary’ ordeal Thursday, ‘My kids, they don’t care if I’m a hockey player or not,’ he said. ‘They care about having a dad. Same with my wife.

‘She could care less about hockey. She knows there’s so much more. After hockey, there’s a long time, and you want to be able to enjoy those moments with your family, with your kids.’ 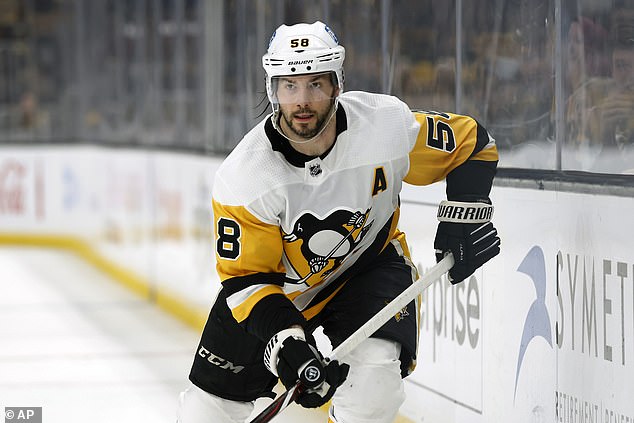 The three-time Stanley Cup champion missed more than two months in 2014 after a stroke, which doctors determined was caused by a small hole in the wall of his heart.

This time, the symptoms have resolved themselves much more quickly, according to team physician Dr. Dharmesh Vyas, who described this stroke as ‘smaller’ than the one Letang endured in 2014.

Letang began skating two days after the diagnosis and was cleared to return to practice Thursday, though he and Vyas stressed they are in no rush for him to play in games. 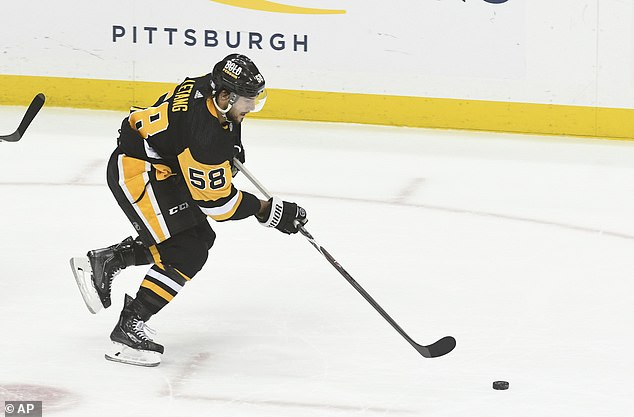 Letang is a three-time Stanley Cup Champion, and has played for Pittsburgh his whole career

‘We don’t think this is accelerated in any way,’ Vyas said. ‘We are taking all the right precautions to make sure that it is safe to go out and play, and when that time comes, we’ll let him go back to playing his sport.’

Letang, a six-time All-Star, has been one of the most durable players in the NHL. He’s averaged well over 25 minutes of playing time per game since returning from his initial stroke eight years ago.

Letang signed a a six-year, $36.6 million extension with the Penguins back in July.