‘Penis snakes’ from South America have taken up residence in Florida

An obscure, legless amphibian, colloquially referred to by some as a ‘penis snake,’ is the latest invasive species to make its way to South Florida.

Formally known as a caecilian, these creatures are native to Colombia and Venezuela, but several have been pulled from the Tamiami Canal near the Miami International Airport.

Caecilians can range in size from a few inches to five feet long and have extremely poor eyesight – their name translates to ‘blind ones’ in Latin.

However, the ‘penis snake’ has a pair of sensory tentacles between its eyes and nostril that helps it detect food, which it snatches up with dozens of needle-like teeth.

An obscure, legless amphibian, known as a ‘penis snake,’ is the latest invasive species to make its way to South Florida

The first caecilian that was found in the same canal two years ago allowed scientists to conduct a DNA comparison several other specimens recently pulled from the shallow water outside the Miami International Airport – proving the new creatures were of the Typhlonectes natans species.

The eel-like amphibian found in 2019 measured two feet long but died shortly after being taken into captivity – it starved itself to death.

Caecilians live on both land and freshwater, and typically consume worms and termites – but they have been known to snatch small snakes, frogs and lizards, Wired reports.

Although they look more like snakes, caecilians belong to the Gymnophiona order of amphibians, more closely related to frogs, toads, salamanders and newts. 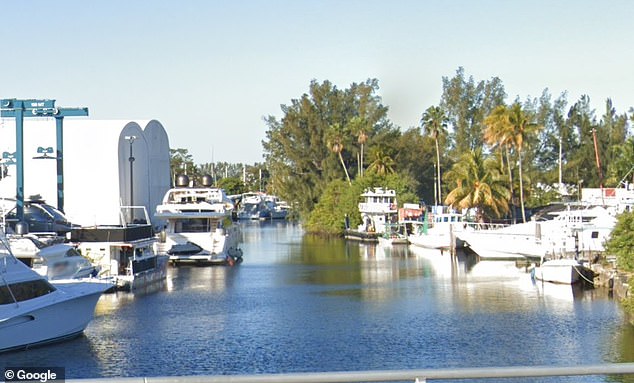 Formally called caecilian, these creatures are native to Colombia and Venezuela, but several have been pulled from the Tamiami Canal (pictured) near the Miami International Airport 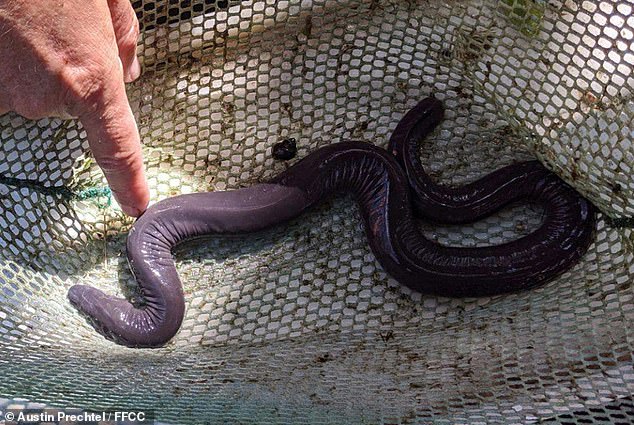 The 2019 specimen was the first-known caecilian in the US, though fossil records dating back more than 170 million years have been found in North America.

Apart from the caecilians recently introduced to South Florida, no representatives of this lineage are presently known to live in the US.

Coleman Sheehy, Florida Museum’s herpetology collection manager, said in a statement: ‘Very little is known about these animals in the wild, but there’s nothing particularly dangerous about them, and they don’t appear to be serious predators.

‘They’ll probably eat small animals and get eaten by larger ones. This could be just another non-native species in the South Florida mix.’ 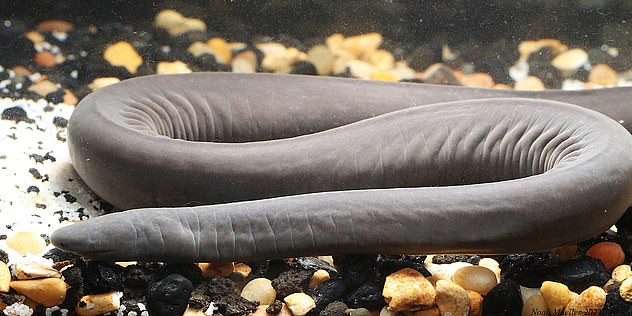 The Florida Fish and Wildlife say caecilians are harmless, as they only eat soil-dwelling creatures and the occasional frog 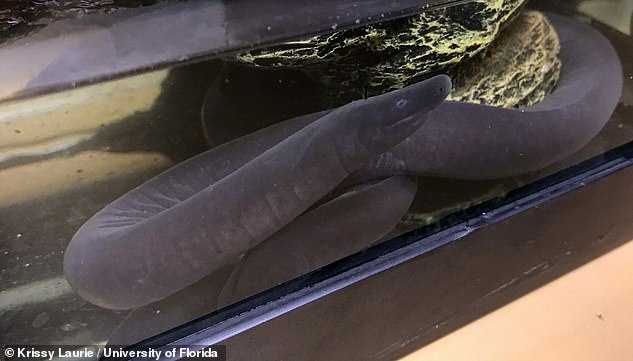 As this species is generally kept in aquariums indoors and cannot easily escape, experts suspect someone discarded their unwanted pets in the canal

Typhlonectes natans is the most common caecilian in the pet trade and will breed in captivity, giving birth to live young.

As this species is generally kept in aquariums indoors and cannot easily escape, Sheehy suspects someone discarded their unwanted pets in the canal.

‘Parts of the C-4 canal appear to resemble their native habitat and may provide an environment where this species could thrive were it to become established.’