Pennsylvania court rules making ‘gunlike hand gesture’ is a crime after man, 64, was convicted for pointing his fingers at a neighbor during an argument

A man who made a ‘gunlike hand gesture’ at a neighbor during an argument committed a crime, according to a new court ruling.

Stephen Kirchner of Lancaster County was caught on home surveillance footage making the hand gesture at a male neighbor after the argument on June 7, 2018.

Court documents say that Kirchner and his girlfriend were walking by the neighbor’s home when the incident occurred.

The 64-year-old reportedly, ‘stopped, made eye contact with [the neighbor], and then made a hand gesture at him imitating the firing and recoiling of a gun.’

Kirchner can be seen making the gesture in a video shared by WGAL. 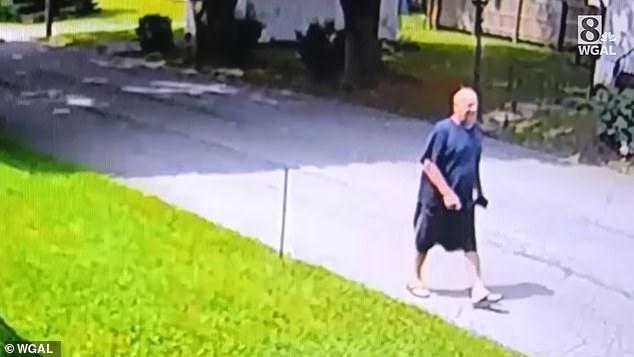 The neighbor had reportedly installed six home surveillance cameras due to ongoing confrontations with Kirchner.

The girlfriend had a ‘no contact’ order against the male neighbor at the time of the incident, according to court documents.

It’s not clear what those confrontations were about, or what the argument was about in this case.

But during the incident, the male neighbor felt ‘extremely threatened’ by the gesture, as did nearby residents who called authorities.

One neighbor witnessed the confrontation from her front porch, confirming that Kirchner ‘put his finger up like he was going to shoot him’. 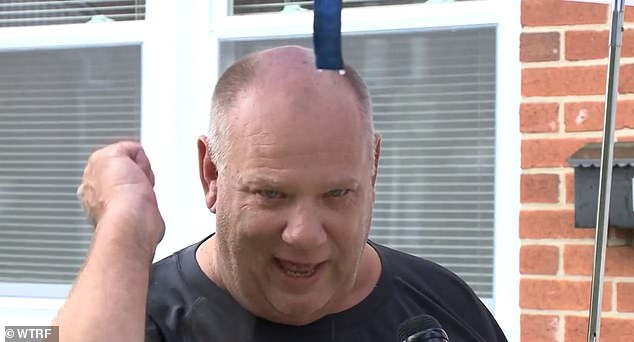 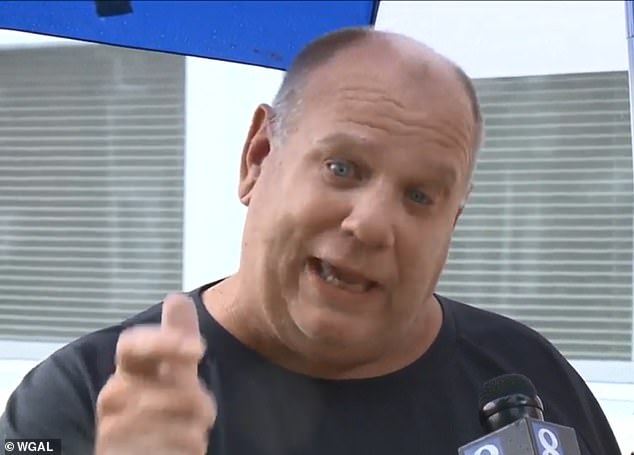 Kirchner (pictured) was given a citation for disorderly conduct, a $100 fine and tasked with paying court costs

She felt ‘insecure’ about the hand gesture and called police.

Kirchner admitted he made the ‘gunlike hand gesture’ during the initial trial, but said he did so in retaliation to the male neighbor’s own hand gesture.

He claimed the male neighbor ‘gave [him] the finger with both hands.’

Kircher was found guilty and issued a disorderly conduct citation.

The Lancaster County District Attorney Office said in a press release that Kirchner appealed the verdict.

In the appeal on October 27, 2018, he argued the gesture ‘did not cause a hazardous or physically offensive condition, that he did not intend to cause public alarm, and that there essentially was no harm done to the victim or society’.

The Pennsylvania Superior Court reviewed the case, but upheld the verdict on Tuesday, August 27.

They say Kircher ‘created a hazardous condition as it risked an altercation’.

Kirchner was ordered to pay a $100 fine and court costs.