Longtime Pennsylvania death row inmate, who was convicted of killing a police officer and three other people in an eight-day span in 1979, has died of natural causes.

Michael Travaglia, 59, died on Monday at a Washington County hospital, according to the state’s Department of Corrections.

Travaglia and John Lesko were both sentenced to death by a jury but have been appealing their convictions in federal and state courts for the past 30 years. 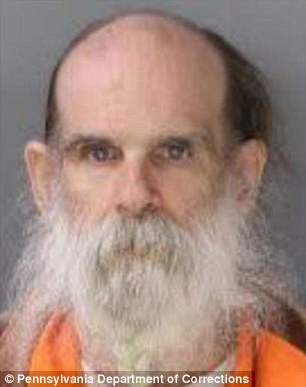 Pennsylvania death row inmate Michael Travaglia (L) who was convicted of killing a police officer and three other people in an eight-day span has died of natural causes. On the right is his accomplice John Lesko who is still on death row

Travaglia was being held at a prison in Greene County, while Lesko still remains on death row.

They picked up Levato at a strip club and tortured him during a drive out to the Loyalhanna Dam, where they eventually shot and killed him.

A few days later the men were hitchhiking and happened to be picked up by 26-year-old Newcomer – her body was later found in a Pittsburgh parking garage.

32-year-old church organist Nicholls was drowned by Lesko and Travaglia in an Indiana County lake.

After these three murders Travaglia and Lesko shot dead officer Miller after returning from an icy Indiana County lake in early January.

Officer Miller was a mere 21-years-old when he was shot dead, after being on the job for only three days. 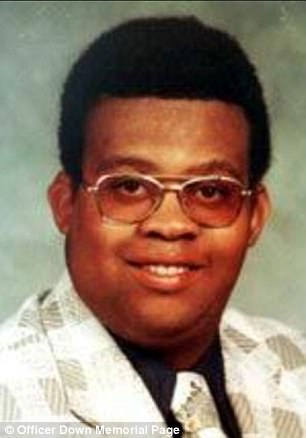 One of the victims pictured here – Apollo police officer Leonard Miller was a mere 21-years-old when he was shot dead, after being on the job for only three days

Former Apollo Mayor William Kerr said in a statement Tuesday: ‘Leonard Miller paid the ultimate sacrifice at the hands of Michael Travaglia, a stone-cold murderer,’ according to TribLive.

Travaglia’s defense attorney Jeff Miller said that Travaglia was a changed man and different to his killer reputation.

‘I realize it is difficult for people to hear about all the crimes for which he had been convicted, but they don’t have contact with him. It’s easy for people to forget there are folks he loved and that he was loved by people,’ Miller said.

‘I hope (Travaglia’s death) gives peace to everyone,’ Miller said.

‘Not only to the people who wanted to see him dead, but to those who loved him and gave him fulfillment in his life.’

After the tragic four murders committed by Travaglia and Lesko, they were caught in Downtown Pittsburgh by a group of detectives, including Allegheny County Sheriff William Mullen.

‘These guys were, obviously, very violent, and they really were very cocky,’ said Sheriff Mullen, according to KDKA-TV.

‘I was with these veteran detectives, and I was fortunate to be with them,’ Mullen said. 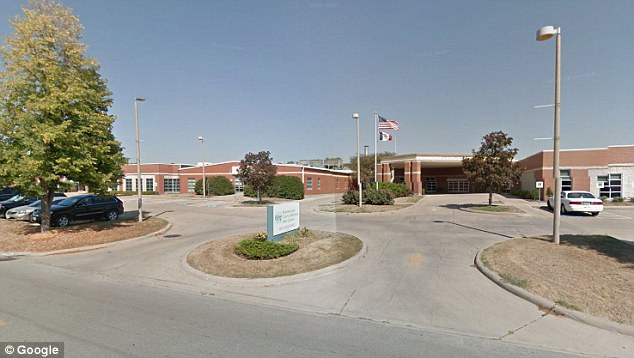 Travaglia died Monday of natural causes that were the result of an illness at a Washington County hospital (pictured here), according to the Pennsylvania Department of Corrections

‘We were over by a car. He thought this guy had a gun on him. He did have a gun on him. He then told us that he got the gun from some people up in the Edison who had just killed a cop,’ he concluded.

‘We looked in the firearm and I remember there were a couple spent casings in the firearm, which indicated that he had some credibility,’ Mullen revealed.

‘We went through the door where they were staying. Lesko had a firearm. He could have shot us. He didn’t shoot us. He threw the firearm down.

‘I took the firearm from where he had pushed it down and tried to hide the firearm. They grabbed Travaglia. He was very cocky.’