Democrat Conor Lamb is poised to upset Republican Rick Saccone in Pennsylvania’s 18th Congressional District, which could put a big dent in the Trump brand.

In what had been slam-dunk district for Republicans in the past, polling over the weekend showed Lamb, a federal prosecutor, six points ahead of Saccone, a Pennsylvania state representative.

The previous person to hold the seat, disgraced Republican Rep. Tim Murphy, who resigned over a sex scandal, won by 28 points in 2012, the last time the Democrats even bothered to field a candidate in the Western Pennsylvania district.

Democratic hopeful Conor Lamb arrives at his polling place Tuesday in Mount Lebanon, Pennsylvania, one of the richer suburbs included in District 18, which surrounds the city of Pittsburgh 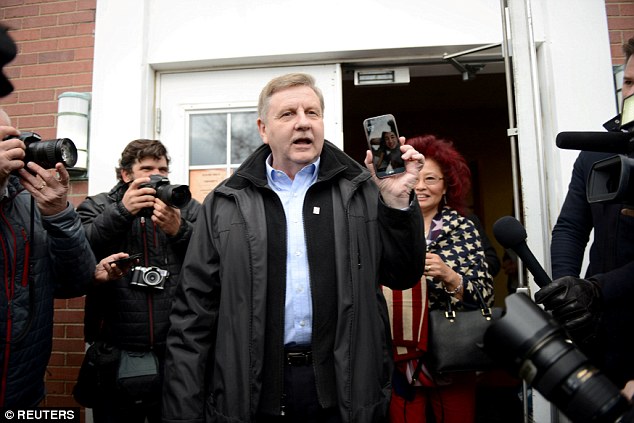 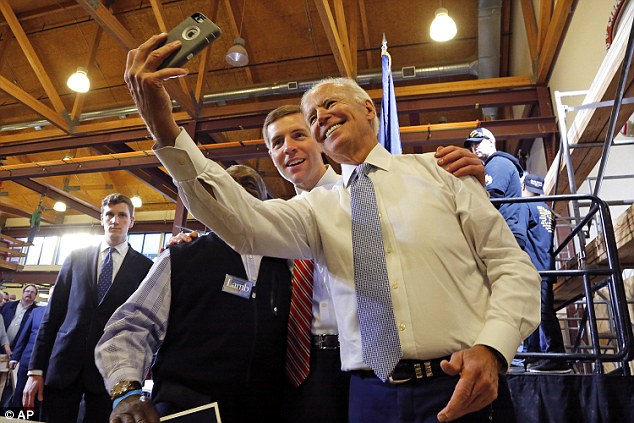 Conor Lamb (left), a federal prosecutor and Marine veteran, got help on the campaign trail from former Vice President Joe Biden (right), who visited the Pittsburgh area earlier this month 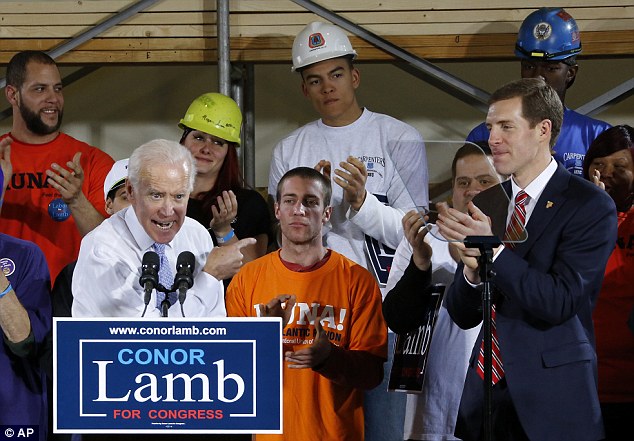 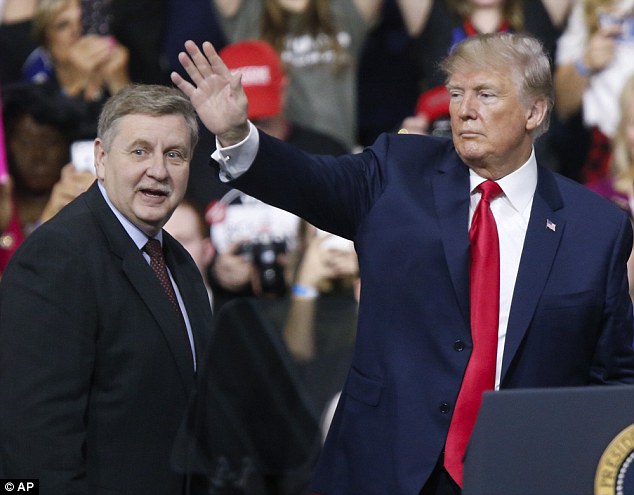 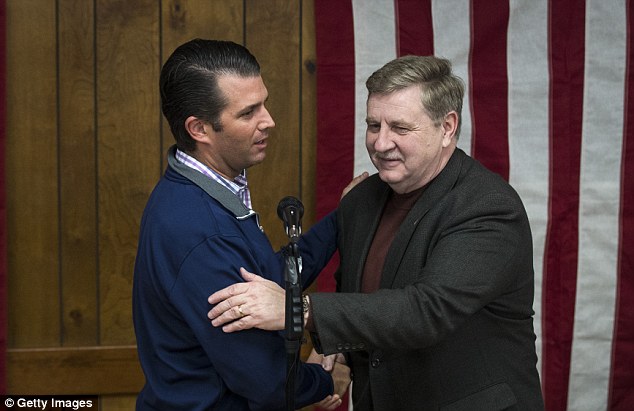 Rick Saccone (right) also had help from Donald Trump Jr. (left) who campaigned with the Republican hopeful on Monday, one day before the special election 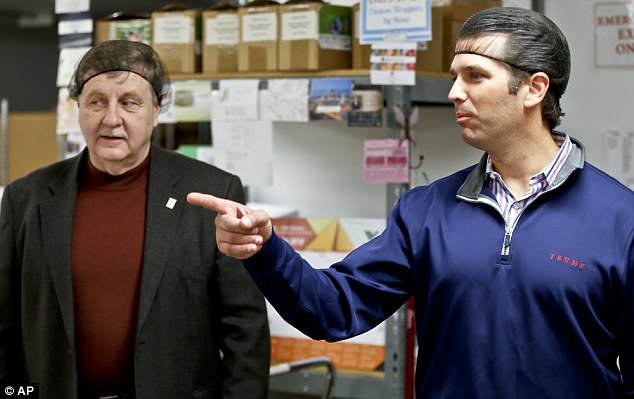 Saccone, and national Republicans supporting the candidate, decided to go on the attack early against Lamb – running wall-to-wall ads that literally featured bleating lambs, and headshots of Nancy Pelosi, trying to connect the Democrat with the leader of his party in the House, an unabashed liberal from California.

The president, however, smelling potential defeat, said Saturday, ‘the world is watching. I hate to put this pressure on you Rick, they’re all watching … look at all those red hats, Rick.’

While Saccone had the help of the president, Lamb – who touted his bipartisan credentials and said he was not pro-Pelosi – got an assist from former Vice President Joe Biden and Rep. Joe Kennedy III, the Massachusetts Democrat enlisted to rebut Trump’s State of the Union address.

Earlier this month, Biden appeared at Robert Morris University in Moon, Pennsylvania, and told the crowd that 33-year-old Lamb, a Marine veteran, reminded him of his late son Beau, who had served as Delaware’s attorney general.

Biden also suggested the district had the right make-up of a place ripe for the Democrats’ taking: ‘The suburbs, the exurbs, the smaller towns – they got hit pretty hard,’ the ex-veep said.

The current drawing of District 18 includes all of those things. It’s a southwestern chunk of the state that horseshoes around the bottom of Pittsburgh, and thus includes ritzy suburbs like Mount Lebanon and working class communities.

It stretches into more rural areas as well, down to the south to the border of West Virginia, and east into Westmoreland County, where voters live in smaller towns like Mount Pleasant and Ligonier.

However, there are technically more registered Democratic voters in PA-18, and also a cultural willingness to vote across party lines, as evidenced by voters telling DailyMail.com that while they liked Trump, some also supported the candidacy of Sen. Bernie Sanders, who they considered a political outsider like Trump, when the Vermont independent ran for the Democratic nomination in 2016.

That’s why the district had suddenly become a toss-up, paired with the fact that Saccone had mobilized the labor unions against him thanks to policies he’s supported while in the Pennsylvania state house.

‘He’s co-sponsored or voted for every single anti-labor bill that has come up during his time in Harrisburg,’ Steve Mazza, an official with the Carpenters union, told NBC News.

Saccone, who took national heat by Republicans for weak fundraising numbers, also ended the campaign on an angry note.

On Monday, at one of his last rallies as a candidate, Saccone blasted Democrats – calling them the ‘other side’ – and suggesting they’re ‘energized for hate for our president.’

‘And I tell you, many of them have a hatred for our country,’ he said, castigating his fellow Pennsylvanians.

‘I’ll tell you some more my wife and I saw it again today,’ he continued. ‘They have a hatred for God.’