Penrith are so used to winning that they even managed to get sponsors for their premiership goggles.

And who can blame them, after their 28-12 NRL grand final win over Parramatta capped off three of the most dominant years in NRL history with back-to-back titles.

Donned in KFC-branded goggles and with premiership packs that included kilos of chicken and specially-labelled champagne, Panthers players spoke afterwards of a desire to be the dominant team of the modern era.

Already, they have a right to be in the discussion. 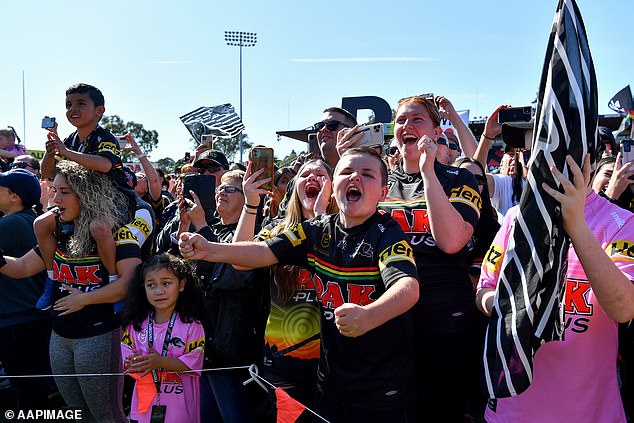 The wild celebrations after winning back-to-back premierships with their emphatic win over the Eels commenced the second the players left the field and was still raging this morning.

Bleary eyed Panthers fans arrived at Bluebet Stadium to share the Provan-Summons trophy with their legion of supporters and keep the party rolling.

Panthers players have shared images and videos of them celebrating loudly and proudly into the night back at Penrith Leagues club.

They wore aviator sunglasses in tribute to their favourite movie of the year, Top Gun: Maverick. They shared a shooey with AFL legend Bam Bam Tuivasa. 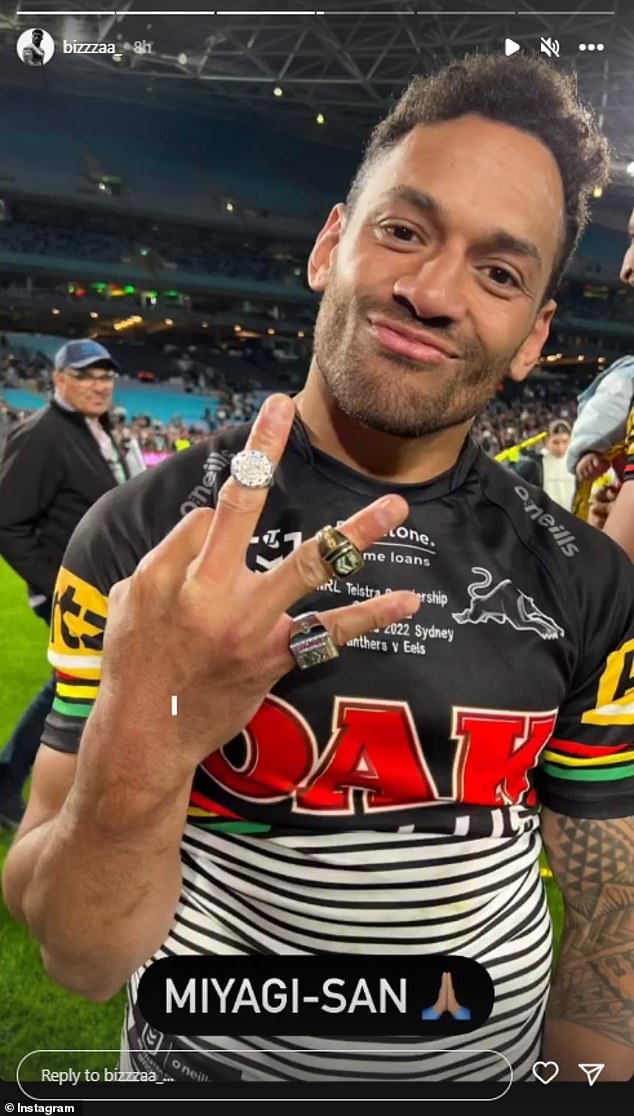 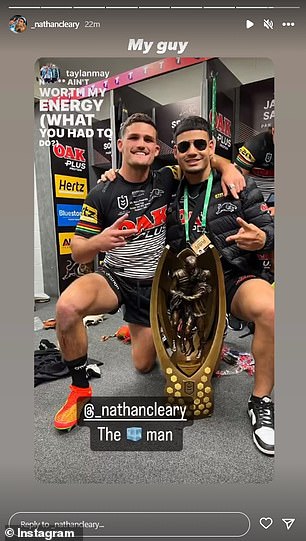 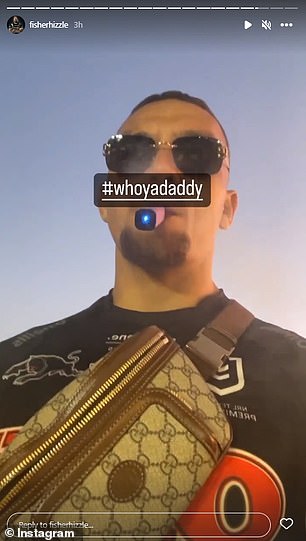 Many of the players took the time to honour their families and partners with Viliame Kikau posting that it was the ‘best feeling ever’.

Some players lit up giant victory cigars, others like James Fisher-Harris celebrated with vape devices.

The players rubbed shoulders with fans all night, only emerging as the sun came up over the Blue Mountains to turn Sunday celebrations into Mad Monday shenanigans.

The party started in the sheds and it should come as no surprise that Jarome Luai was quick to kick things off, bringing in a boombox for tunes and cracking open the champagne.

He was quickly joined by the other players with Nathan Cleary arriving last and cracking a beer in relief after fulfilling his media commitments.

The Provan-Summons trophy was placed safely in the corner to avoid a repeat of last year when it was broken and required $10,000 in repairs.

The next morning, when Cleary was asked about whether there had been any incidents involving their prize he replied: ‘Not this time. I don’t want the fines.’

For some players, it was a time to treasure as it will be the last moments they get to spend celebrating as Panthers players.

Kikau will call Belmore home next season after signing with the Bulldogs while three-time premiership winning hooker Api Koroisau is headed to Wests Tigers. 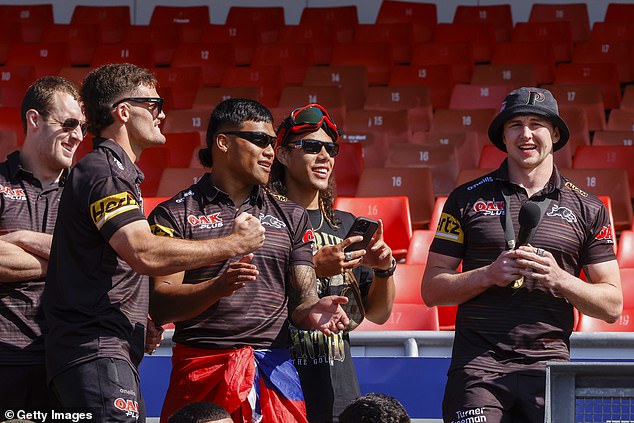 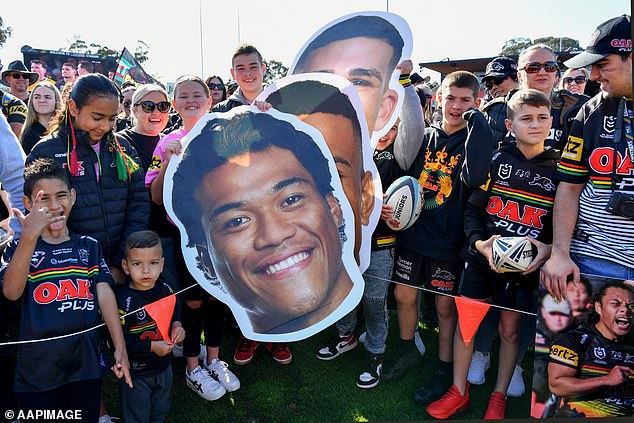 Many of the players were already turning their attention to the Rugby League World Cup, with Luai and his good mate Brian To’o celebrating with Samoan flags.

To’o even joked that Nathan Cleary is ‘half Samoan’ and will join them at the World Cup.

Like any great captain, Cleary was last to leave and posted video of him farewelling an empty Accor Stadium to return to ‘The Riff’ to celebrate with fans.

Penrith have won 67 of 78 games in the past three seasons, with their average winning margin beyond 13 points. 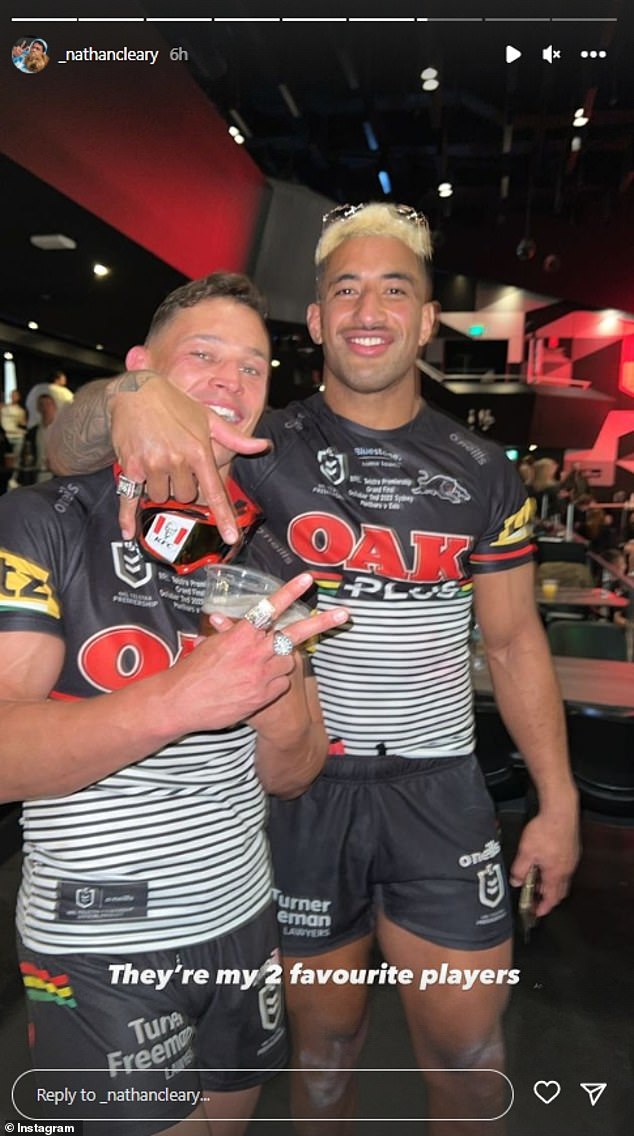 Their win over Parramatta was one of the most one-sided grand finals this century, with only two late Eels tries breaking the blue-and-golds’ duck and reigning the margin in.

In this year alone the Panthers won every grade from the NRL down to under-18s, becoming the first club to do so in the game’s 115-season history.

NRL history shows that going back-to-back is rare. Prior to the Panthers, only the Sydney Roosters had done it since the Super League. 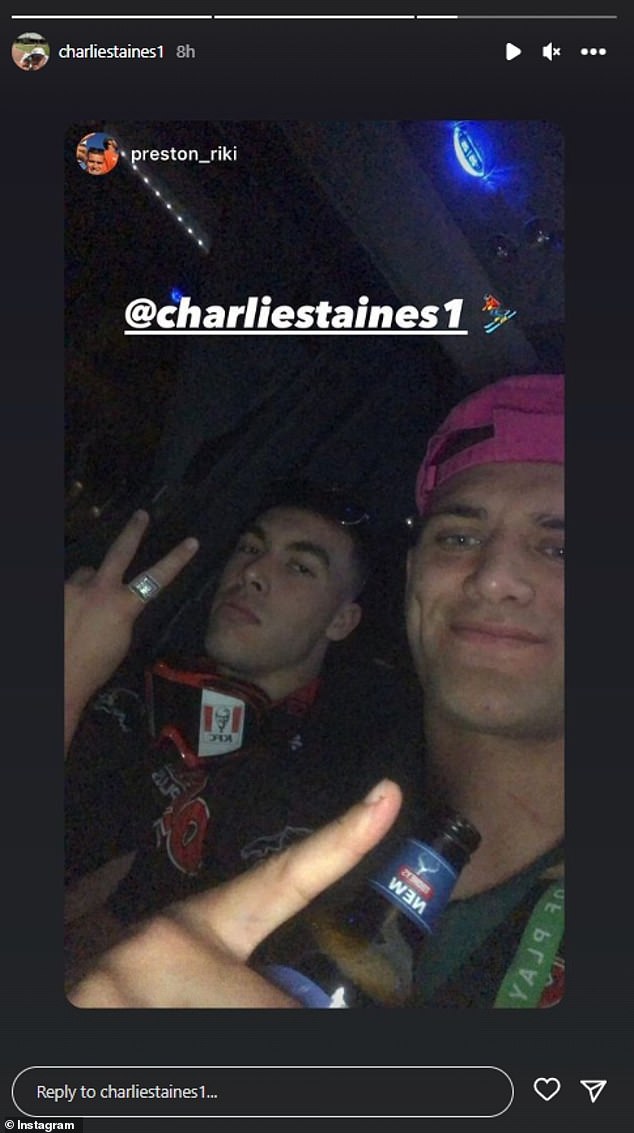 No side however has won three straight titles in the past four years, with the great Eels team of the early 1980s the last team to do so.

Penrith will start next year as favourites to join them, and there is every chance their dynasty will last beyond that.

Not that coach Ivan Cleary is interested in that now.

‘We just take it one day at a time,’ Cleary quipped.

‘It’s been an unbelievable season for our club. It’s never been done before, four grades.

‘It’s hard to put it into words other than to say how proud we all are.

‘Our club is very aligned. Everybody is their own person but we are all woven together by a common thread of trying to do our best for the club.’ 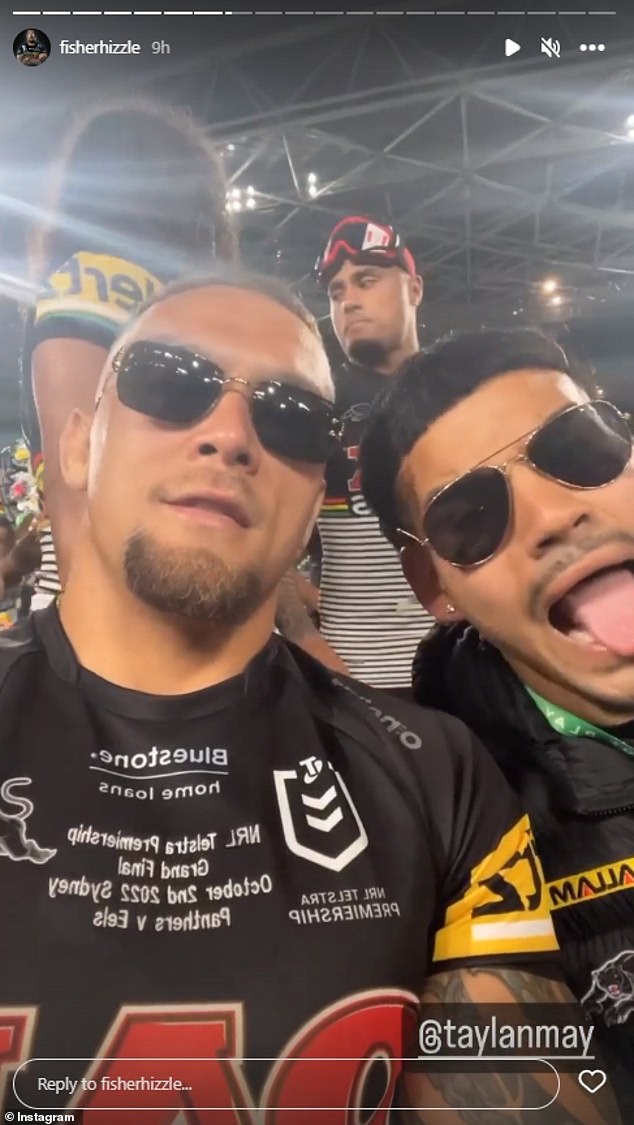 There will be challenges ahead for the Panthers though.

While their pathways system is set up to fill gaps for exiting players, Api Koroisau’s energy will be hard to replace at hooker and Viliame Kikau’s power will leave a hole on the left edge.

Cleary also knows premierships aren’t easy to come by, after having taken six teams to finals before claiming his first title in 2020. 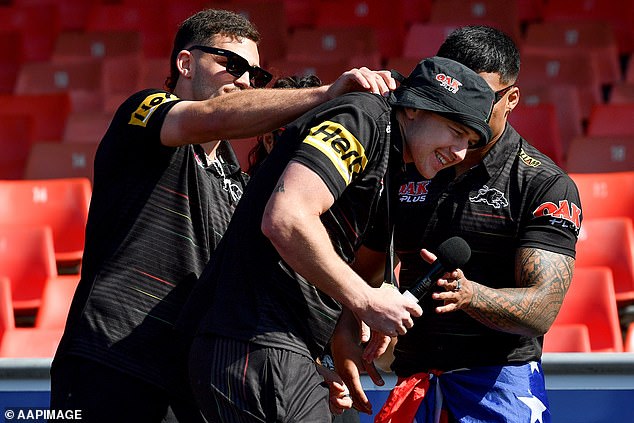 ‘It’s honestly hard to explain how good that feels,’ Cleary said of the all-grade dominance after Sunday’s win.

‘Because it can be gone. Four of those titles (across all the grades), there are grand finals to play. Sudden-death semi-finals.

‘You have to have a bit of luck too. The footy gods have been on our side. That’s awesome.’