The Penrith Panthers have returned fire at a high profile NRL commentator who blasted their ‘schoolboy’ antics and claimed the Grand Final-winning team acted like ‘mugs’ after the match.

But the party continues in Sydney’s west amid the bitter feud, almost 48 hours after the team claimed back-to-back premierships with an emphatic victory against arch rivals Parramatta Eels.

Celebrations, however, have been marred by controversy for a second year in a row with the team accused of arrogance over their wild antics post-match and the day after.

Several Panthers stars were quick to respond to the roasting early Tuesday before others shared a satirical article from the Betoota Advocate mocking Kent. 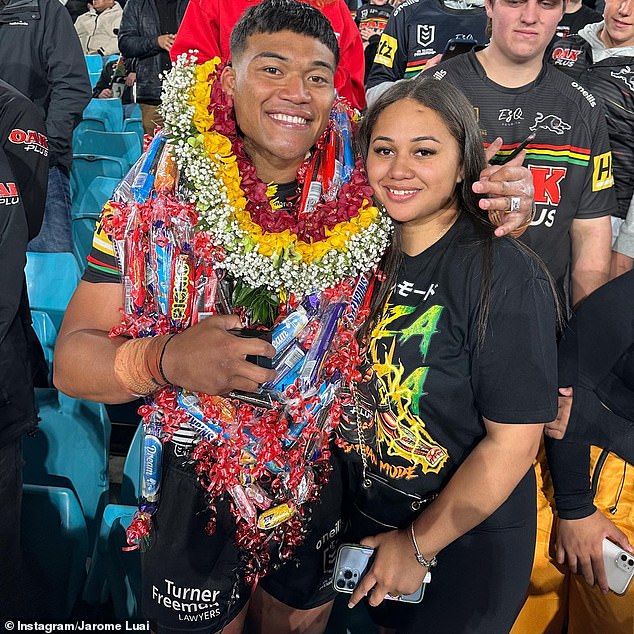 Viliame Kikau, who is joining the Bulldogs next season, responded to a video of Kent on Instagram by commenting: ‘Uck up Kenty’.

The Panthers pile-on continued when The Betoota wrote an article mocking the journalist with the headline ‘Visibly Hungover Paul Kent Disgusted By Youthful Polynesians Enjoying The Fruits Of Hard Work And Talent.’

Luai’s spot in the Samoan side for the rugby league World Cup is under threat after the NRL Integrity Unit was alerted to some of his social media posts on Sunday night.

He shared a picture on his Instagram of him and teammate Jaeman Salmon. The publicly shared post contained a word Daily Mail Australia has chosen not to republish and was quietly deleted seven hours later.

Part of the uproar against the Panthers came on Monday when prop Fisher-Harris showed up with a vape in hand to celebrate with fans.

He then declared to the crowd that Parramatta ‘are our sons’ before adding the 2022 team is the ‘best ever’ Panthers squad.

‘As I said last night, we are the Penrith greatest team ever.’

The crowd broke out in a ‘We hate Parra’ chant before several Panthers on stage joined in.

Fisher-Harris has since hit back at the outrage over his comments labelled as the ‘height of arrogance’ by Kent’.

‘I’m cool with the players and the area isn’t bad, just tryna keep the rivalry alive,’ he posted.

‘I hold the up most respect for the players gone before me/us. So don’t get it twisted.’

Labelled by Kent as the ‘height of arrogance’, James Fisher Harris defended his controversial comments made at a fan day on Monday

Departing hooker Api Koroisau also raised eyebrows when he sarcastically told the crowd at Bluebet Stadium he would ‘probably do the same thing (win premierships) at the Tigers’ – who finished with the wooden spoon this year.

‘Fancy James Fisher-Harris coming out and saying we’re the best Penrith team ever. That’s the height of arrogance.

‘Once the dust has settled and the result is in, weapons are down, show some humility and grace towards your opponents.’ 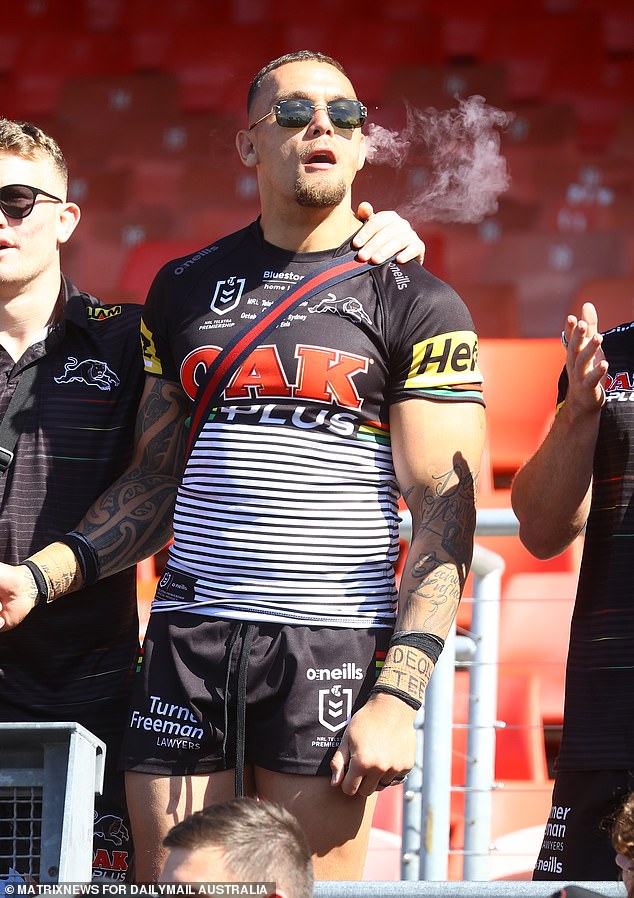 Kent singled out skipper Isaah Yeo and Clive Churcjhill medalist Dylan Edwards as the Panthers only players to conduct themselves with grace.

‘Someone at Penrith, whether it’s Ivan Cleary or Brian Fletcher the CEO, they have to call these guys in and say ‘guys show a bit of class, just a little bit, show some grace and humility’… because not one shred has been shown so far.

‘Isaah Yeo and Dylan Edwards are the only ones you’d look at and can say can walk away with some kind of integrity from what they say. 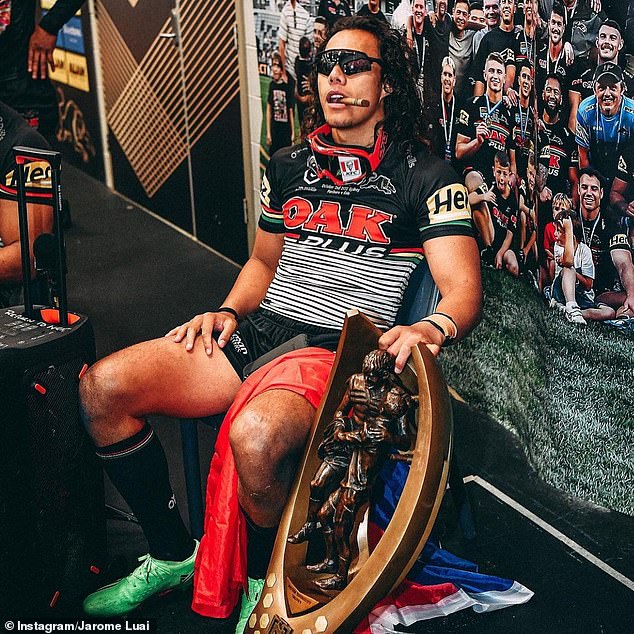