Penrith Panthers players have let loose celebrating their Grand Final win with some of their stars leaving fans unimpressed with their Mad Monday antics.

The team have been celebrating non-stop since pulling off their second consecutive premiership win over the Parramatta Eels with a 28-12 victory on Sunday.

A long night of partying followed with team celebrations rolling into the early hours of the morning before picking up again for Mad Monday.

A bleary-eyed Nathan Clearly summed up the mix of exhaustion and exhilaration as he emerged shirtless from Penrith Leagues Club early on Monday.

Most of the team appears to have been on their best behaviour while some players and their conduct have caused a stir among their fans.

Jarome Luai scrambled to delete an Instagram post after using an offensive term while James Fisher-Harris showed up to a fan event with a vape in hand. 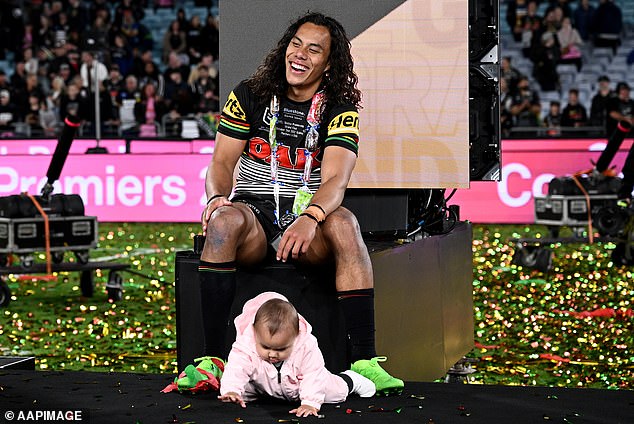 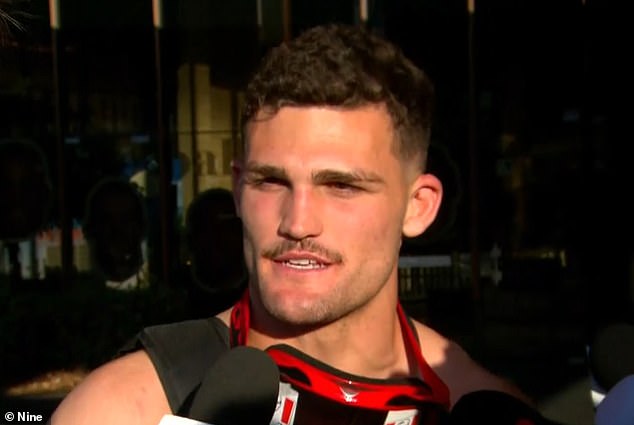 The 26-year-old front row enforcer was seen taking long drags on the electronic cigarette while supporters were nearby at the Panther’s home stadium BlueBet.

Fisher-Harris took the opportunity to play on the joke that the Eels are now the team’s ‘sons’ following Luai’s pre-game comments the Panthers were the ‘daddy’.

‘I just want to say Parra are our sons,’ Fisher-Harris said.

The comment saw fans break out in a chant saying ‘we hate Parra’ with players Jaeman Salmon and Liam Martin joining in the cheer.

‘As I said last night, we are the Penrith greatest team ever,’ Fisher-Harris added.

Jarome Luai had kick-started the ‘son’ joke in the lead up to the grand final.

When the five eighth was asked if Penrith is still the ‘little brother’ of the Parramatta team, Luai said: ‘You can call us daddy.’ 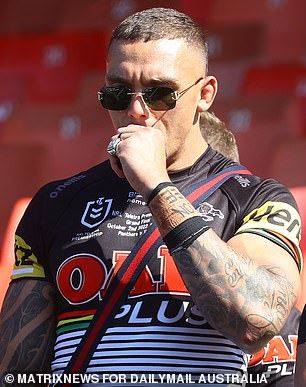 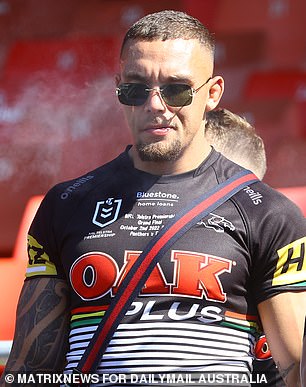 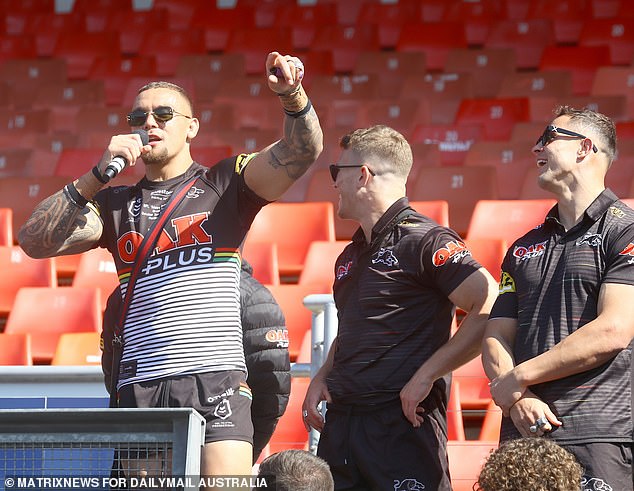 Luai caused a stir following the grand final win after posting a photo of himself and teammates Jaeman Salmon celebrating in the dressing rooms.

He captioned the photo with the offensive term: ‘My n*****’.

The post was removed seven hours after it was posted early on Monday morning with the The NRL integrity unit saying it is aware the post was made.

Panthers players have shared images and videos of them celebrating loudly and proudly into the night back at Penrith Leagues club.

They wore aviator sunglasses in tribute to their favourite movie of the year, Top Gun: Maverick. They shared a shooey with AFL legend Bam Bam Tuivasa. 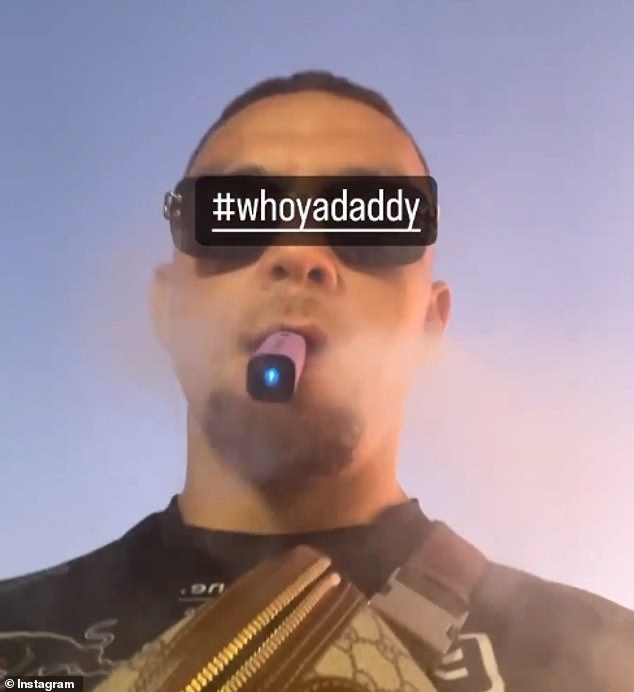 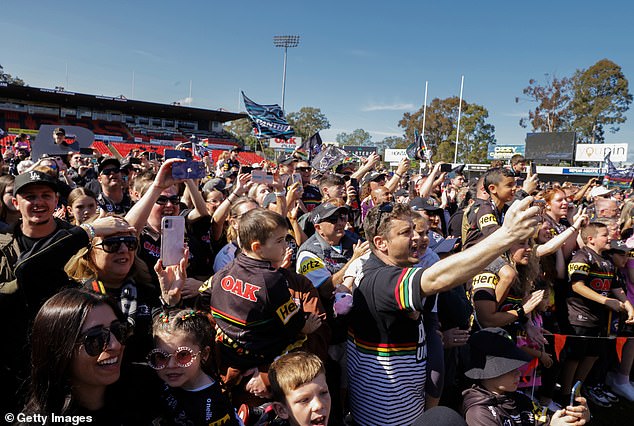 The Penrith Panthers held an event at their home stadium, BlueBet, on Monday (pictured, fans at the event)

Many of the players took the time to honour their families and partners with Viliame Kikau posting that it was the ‘best feeling ever’.

Some players lit up giant victory cigars, others like James Fisher-Harris celebrated with vape devices.

Backrower Viliame Kikau, who is set to leave the team next year, was not at Monday’s fan event.

Panthers Chairman Matt Cameron said this year’s grand final win was extra special because it was on home turf. 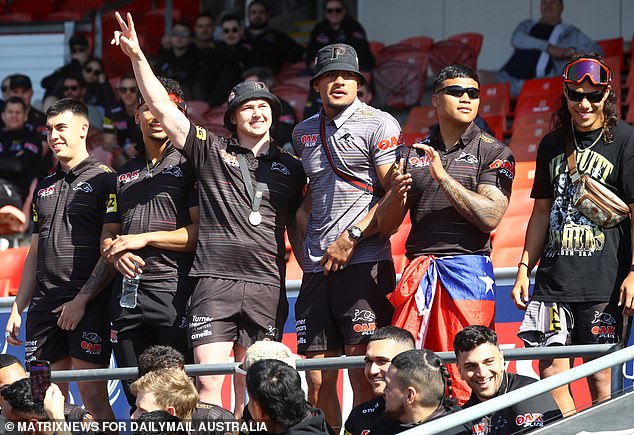 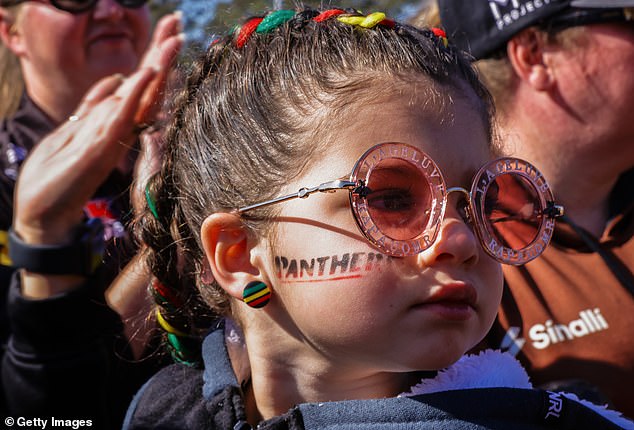 Dedicated Panthers fans went to a Mad Monday event at BlueBet stadium to celebrate the grand final victory (pictured, a young fan at the event)

‘Obviously in 2020 we did it with reduced capacities at the ground and in 2021 they were in Brisbane,’ he told Today.

‘The community didn’t get to celebrate it the way they wanted to. Last night was a great opportunity. You have heard Ivan speak before, we pride ourselves on the club being a source of community pride. I think we were able to tick that box last night.’

Their win over Parramatta was one of the most one-sided grand finals this century, with only two late Eels tries breaking the blue-and-golds’ duck and reigning the margin in.

In this year alone the Panthers won every grade from the NRL down to under-18s, becoming the first club to do so in the game’s 115-season history.

NRL history shows that going back-to-back is rare. Prior to the Panthers, only the Sydney Roosters had done it since the Super League.

No side however has won three straight titles in the past four years, with the great Eels team of the early 1980s the last team to do so.

Penrith will start next year as favourites to join them, and there is every chance their dynasty will last beyond that. 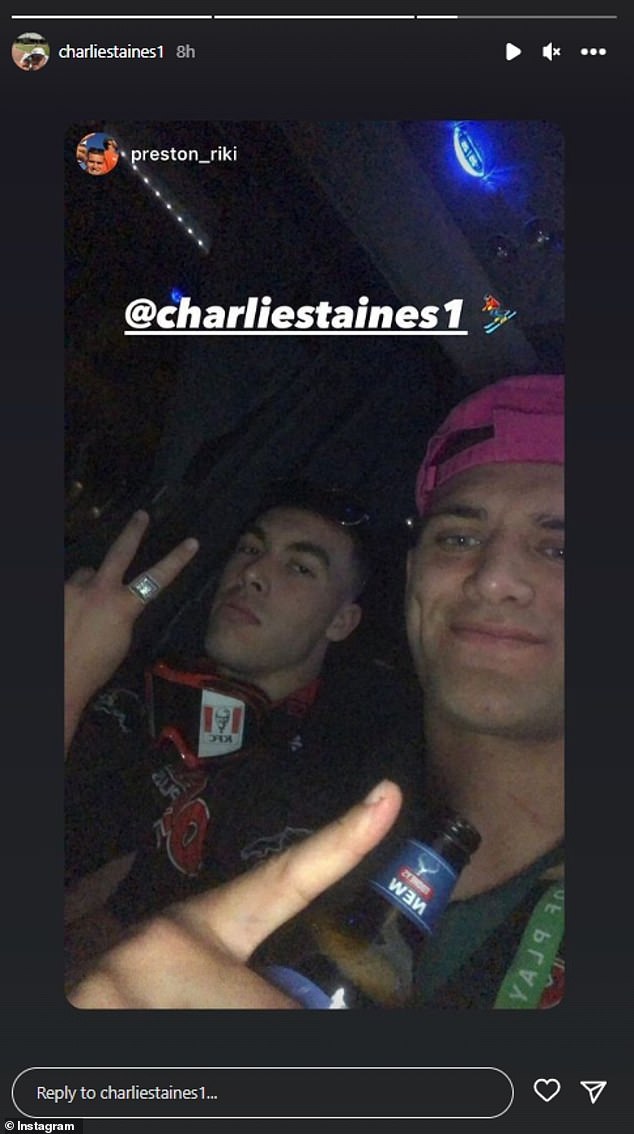 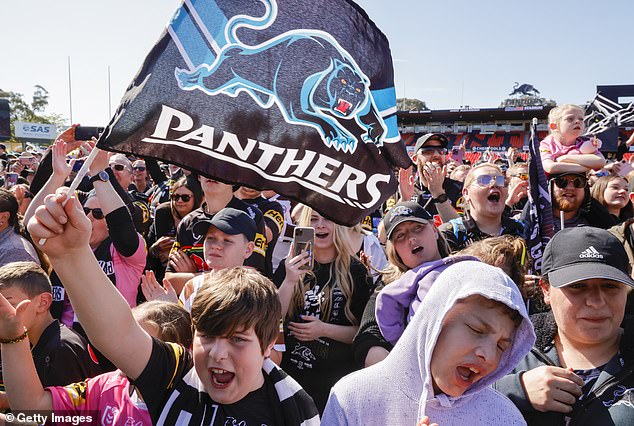