In its first year as a publicly listed business, PensionBee reported revenue growth of 109 per cent to £5.4million in the first half of the year.

PensionBee, which allows consumers to transfer, merge and manage pensions, raised £55million in its April Initial Public Offering amid expectations that it will be on ‘a path to profitability’ by the end of 2023.

The firm grew its client base in the first six months of the year, with its number of registered customers rising 81 per cent on the same time last year to 538,000.

Crucially, it saw identical growth in the number of invested customers, which rose to 92,000, as its assets under administration grew by 117 per cent to just under £2billion.

Romi Savova, chief executive of PensionBee whose stake was reportedly worth £132million at IPO, said the firm’s ‘strong financial and operational performance’ for the six months to the end of June was ‘in line with our expectations’.

She added that the firm expects to ‘maintain our strong momentum, deliver high double-digit revenue growth for the current financial year 2021 and to reach monthly EBITDA [earnings before interest, taxes, depreciation, and amortisation] breakeven by the end of 2023’. 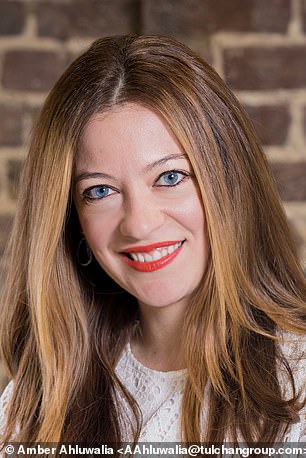 Savova said: ‘Our strategy of always putting the customer first continues to resonate with both new and existing customers as demonstrated by our strong growth in the invested customer base, AUA [assets under administration] and revenue, together with the maintenance of our industry-leading customer retention rates.

‘We continue to implement our strategy to expand our reach across the UK, driving further growth.

‘The first half of the year saw us scale-up our marketing spend, as we rolled out a new national brand campaign and launched a new data platform to support efficient deployment of marketing spend, keeping cost per invested customer in line with desired thresholds. We also continued to invest in product innovation, in our technology platform and in our people.’

Currently trading at 148p per share, PensionBee is down 11.3 per cent since its April listing at 165p, which gave it a value of £365million.

PensionBee expects to transition to the premium segment of the London Stock Exchange’s Main Market in 2022.