Pensioner, 69, who slept in the same room as his brother’s corpse for TWO YEARS is spared jail

A lonely pensioner who slept in the same room as his brother’s corpse for two years so he could claim more than £23,000 in benefits has been spared jail.

Donald Pollard, 69, was arrested on suspicion of murder after Stephen Pollard’s body was found at the derelict house in Toxteth, Liverpool.

He covered his 52-year-old sibling in blankets and left him to decompose in the bedroom of the terraced property.

Police dropped the murder investigation after a post-mortem examination was unable to establish the cause of his death.

But the OAP admitted preventing a lawful burial and fraud, because he continued to claim £23,000 of his disabled sibling’s benefits.

He was spared jail after Liverpool Crown Court heard he was vulnerable and socially unaware, with ‘cognitive functioning’ issues.

Donald said his brother died of natural causes on January 1, 2015 and explained: ‘I just wanted Stephen to still be there with me.’

Defence lawyers revealed neither of the brothers had seen their GP for more than 30 years, despite their respective problems.

And the court heard the house where Donald cared for Stephen for nearly two decades was in ‘disrepair’ and ‘uninhabitable’ and it emerged the squalid home was shot at by gangs.

A front window was smashed, there was a large hole in the living room floor and a scaffolding pole held up the ceiling in another room.

There was another hole in the floor of the hallway and dried blood on the lino floor, which Donald claimed was from a nose bleed.

The kitchen was also ‘dark, dirty and damp’, with water dripping into buckets on the floor, and a shattered window boarded up. 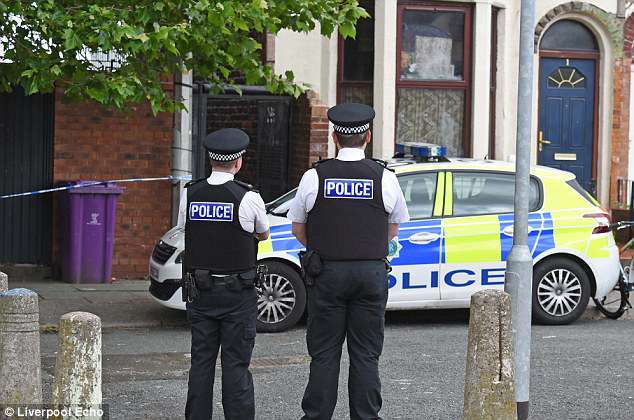 Katy Appleton, defending, said: ‘The defendant describes having trouble with gangs in the area, windows smashed and other damage.

‘On one occasion he believes his house was shot at, as he found bullet holes in a window.

‘The defendant never made any reports to police. The defendant is someone ill-equipped to deal with the outside world.’

She said Donald worked until 1997 when his father died, leaving him to care for Stephen, following his mother’s earlier death from cancer.

Ms Appleton said he looked after Stephen without any help or support – living an ‘isolated life’ and ‘never seeing anyone’.

She told the court: ‘Neither he nor his brother saw a general practitioner in over 30 years.

‘It is alarming and unfortunate they have appeared to slip through the net, in light of Stephen having severe disability and a severe learning difficulty.’

Donald’s brother-in-law raised the alarm on June 12 last year, after visiting and finding him looking ‘filthy’ and being ‘evasive’.

Police attended the property and Donald calmly told them his brother was dead upstairs, before leading officers to his body. 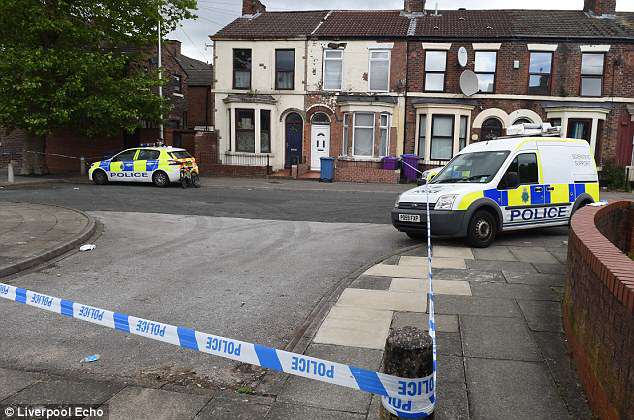 Donald, now of Tuebrook, Liverpool, said Stephen collapsed on the landing and he was frightened and didn’t know what to do.

He had never claimed a carer’s allowance, income support or even his pension, which may have exceeded the illegal payments he did receive.

The court heard it is hoped Donald, who wants to pay back the Department for Work and Pensions, will now be housed in sheltered accommodation.

Ms Appleton said he was currently living in a hostel, where ‘he has barely spent a penny’ and ‘won’t even buy a radio for his bedroom’.

She said he now kept his brother’s ashes in his bedroom, explaining: ‘I want my brother to be with me because I miss him greatly.’

Judge Denis Watson, QC, said Donald had done his best to look after Stephen in a home many would describe as ‘utterly squalid’.

He said there was nothing to suggest he was greedy or that Stephen’s death was an unlawful killing, but he ‘buried his head in the sand’.