A pensioner whose GP prescribed skin cream for her glaucoma tragically fell to her death after the delay in treatment led to her becoming blind.

Joan Foulis, from Broadstairs, Kent, was misdiagnosed and later forced to move into a care home after Dr Aatif Malik’s oversight.

On May 8, 2017, the then 82-year-old booked a GP appointment after struggling with her eyesight.

Failing to recognise Joan’s glaucoma, Dr Malik sent the pensioner home with fucidin skin cream for her suspected eye infection – despite the fact the medication’s instructions have a clear warning against using it on the eyes.

Fucidin eyedrops are commonly used to treat eye infections – but the information on the packet of skin cream Joan received warned: ‘This medicine is only for using on your skin.

‘If you accidentally get any medicine in your eye, wash it out with cold water straight away.’

Joan Foulis, from Broadstairs, Kent, was 82 when she was misdiagnosed and later forced to move into a care home after a catalogue of errors from Dr Aatif Malik left her blind

Dr Malik said Joan had an eye infection and gave her Fucidin, a skin cream, to treat put on her eyes. The GP had presumably meant to prescribe Fucidin eyedrops 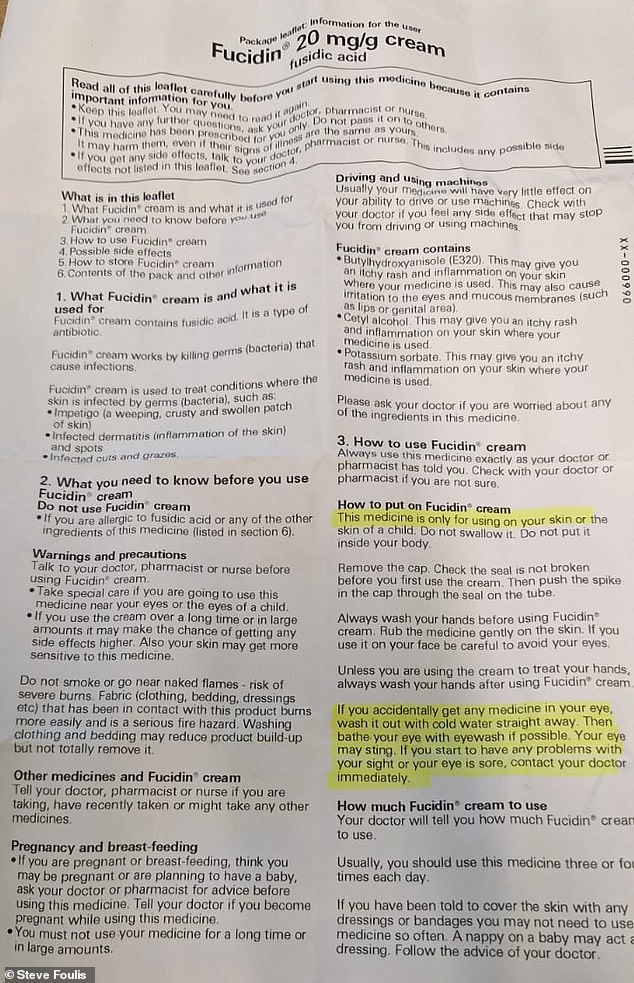 Fortunately, Joan’s son Steve, 65, spotted the warning before she applied the cream to her eyes.

After five more days in discomfort, the pensioner went to hospital for advice, where doctors informed her she had glaucoma and was unlikely to ever regain her sight.

Joan’s son said: ‘If the GP had diagnosed my mum correctly or had at least referred her to an eye specialist, she may not have lost her sight. The standard of care was shocking.’

Following on from the inside, Joan’s son, Steve Foulis, 65, won £235,000 in a successful in a civil action argued by Osbornes Law against Dr Malik – which went towards his mother’s care home fees. 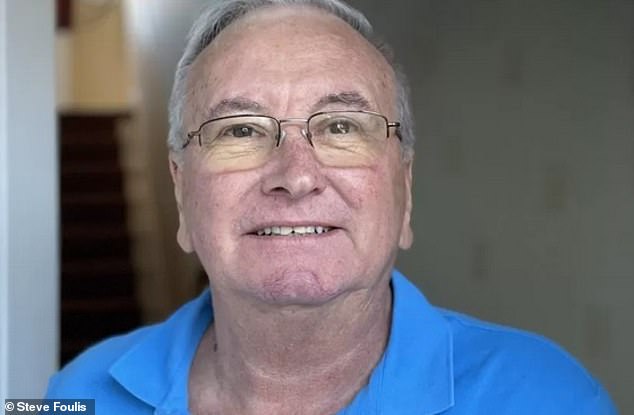 Steve Foulis, 65, said the standard of his mother’s care by Dr Malik was ‘shocking’ and although he won hundreds of thousands of pounds in a civil case against the doctor, he was stunned the General Medical Council didn’t even give the GP a warning

In August 2020, Joan tragically died after a fall at Maurice House care home – which her son insists wouldn’t have happened if her glaucoma had been correctly diagnosed by her GP.

He said: ‘The way my mother was treated was disgraceful and if it wasn’t for the doctor’s shockingly negligent failings, her sight may have been saved.

‘She may still be here today if she hadn’t lost her sight because it set off a domino effect of events that led to her moving into a care home and eventually having the fall.’

The General Medical Council (GMC), which maintains the official register of doctors, refused to strike off the doctor in a judgement earlier this year and did not give him a warning. 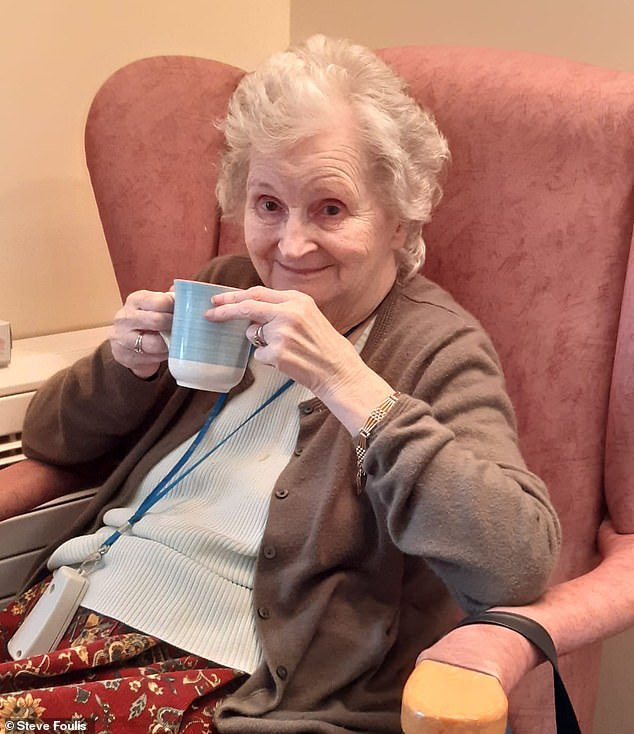 Joan died aged 85 after a fall during the pandemic in 2020. Her son Steve blamed Dr Malik’s actions for starting the sequence of events that caused her death

The heartbroken son was stunned the GMC didn’t act further – despite several aspects of her care falling ‘seriously below the standard expected of a reasonably competent GP’.

He continued: ‘This pain was compounded by the GMC’s unbelievable decision not to take any action against Dr Malik, as he had been on courses, apologised and that it was a one-off event a long time ago.

The eyeball contains a fluid called aqueous humour which is constantly produced by the eye, with any excess drained through tubes.

Early diagnosis is important because any damage to the eyes cannot be reversed. Treatment aims to control the condition and minimise future damage.

If left untreated, glaucoma can cause blindness.

‘This strongly suggests that the GMC is there to protect the doctors and not the patients.’

In a ruling in March this year the GMC said that the incident was a ‘single episode’ and that there was ‘no realistic prospect of demonstrating Dr Malik was an ongoing risk’.

Stephanie Prior, head of medical negligence at Osbornes Law, which represented Mr Foulis in his successful civil action, said: ‘Joan was an active and independent woman who lived alone until she unnecessarily lost her sight.

‘The GP’s actions in her care were nothing short of a catalogue of errors and we are pleased that we were able to secure a financial settlement for the family because of the negligent care.

‘Joan’s family are understandably devastated at what happened to her and the GMC ruling did little to assuage that pain.’

A GMC spokesman told MailOnline: ‘Dr Malik is registered with a licence to practise.

‘Our condolences are with Mr Foulis and his family following the death of his mother Joan.

‘We assess all concerns raised with us, and fully consider all relevant evidence before making a decision on a complaint.

‘At the end of an investigation two senior decision makers, (one medical and one non-medical) will review the evidence including whether a doctor has demonstrated clear evidence of insight and remediation.

‘It will then be decided whether to conclude with no further action, issue a warning, agree undertakings with the doctor or refer the case to the MPTS.

‘We would need to be satisfied that the doctor does not pose a future risk to patient safety and is fit to practice.’