Pensioner reunited with the half-sister after 67 years

A 74-year-old pensioner who has lived his whole life without knowing the true identity of his mother has met his long-lost sister after 67-years of secrecy.

Jon Entwistle was oblivious to the fact some of his family lived in Canada until he was tracked down by his long-lost relatives in 2013.

Mr Entwistle, from Ampleforth, had received a mysterious phone from when he was 20-years-old from a man with a Canadian accent who told him ‘your mum send her love’.

While the pensioner dismissed the phone call as a prank at the time, his half-sister Christine Kitteringham revealed it was in fact her father Cyril Penn, the airman his mother eloped with after World War II.

Jon Entwistle, a 74-year-old pensioner who has lived his whole life without knowing the true identity of his mother, has met his long-lost sister Christine Kitteringham after 67-years of secrecy

Mr cwas just three when Joan Penn left the country after a divorce judge granted his father full custody. His own father, himself and RAF pilot, refused her contact and kept the secret to his grave, letting his son believe his second wife Irene was his biological mother.

But in 2013, he then received a letter from Glenys Swatman – a cousin Jon did not know existed – who then put him in contact with his Canadian half-sister Christine Kitteringham.

Mr Entwistle, a father-of-one who now has three grandchildren of his own, said: ‘It was November 2013 when the postman arrived with a letter.

‘I thought it was someone asking for money, so I let my wife read it.

‘It completely shook my world. I was bewildered and didn’t really know what was going on.’

Ms Kitteringham’s own father was a gunner in the RAF and spent his 21st birthday in the German POW camp Stalag Luft III, the same camp where prisoners staged the ‘Great Escape’. 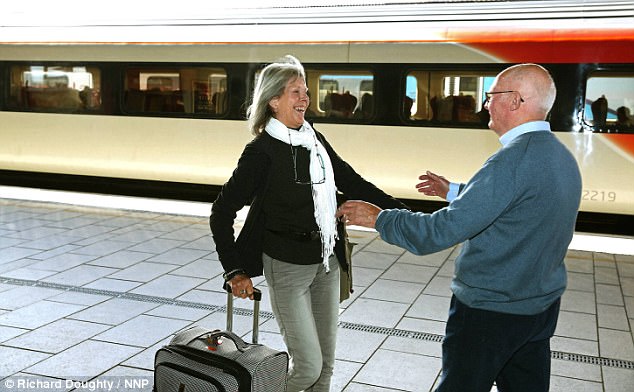 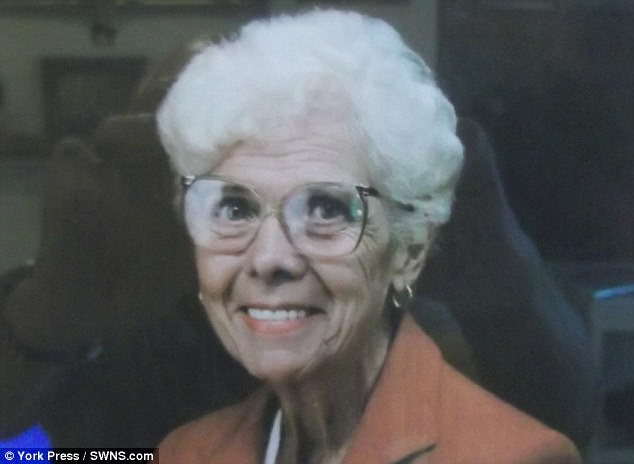 The pair finally met at York Railway Station last Saturday and have spent at least five days together.

‘Both of my parents had been trying to contact him for many years.

‘By the time we found him mum had already died. I think she always regretted leaving him. She was searching for him from at least 1954.

‘Jon’s father blocked access. He wasn’t keen at all about her getting back in touch with Jon. It was a pretty stormy divorce I gather.’ 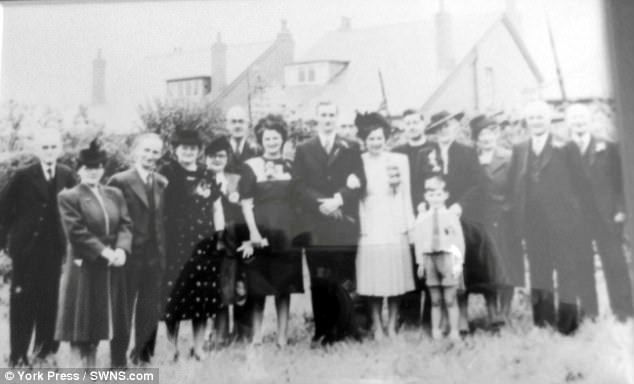 Jon Entwistle aged 5 at his father’s (Arthur Entwistle) and his step-mum’s (Irene) wedding. He thought Irene was his real mother

‘I’m just so happy it’s resolved – but there’s no anger at all towards anyone. It was a different time and I had such a happy childhood.

‘Christine is absolutely incredible and we’re quite similar in a lot of ways. Luckily there have been no sibling squabbles yet – it’s just been great.’

Explaining the complicated scenario of how her own father met their mother, Ms Kitteringham said: ‘Mum was a nurse at the hospital where dad was recovering after he came back from the POW camp.

‘He was a prisoner for just over two years.

‘They fell in love but she was already married and Jon was three years old. 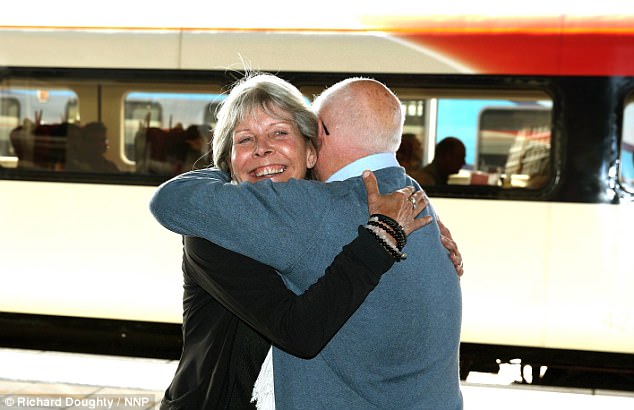 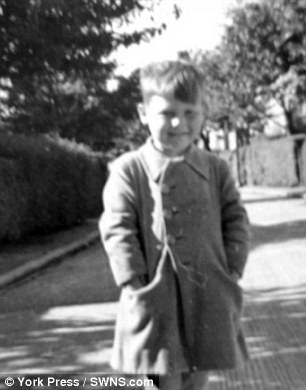 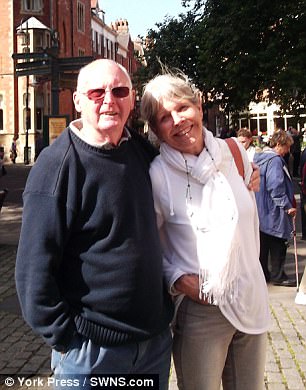 Mr Entwistle aged three in 1946 (left) – the year his mother left him. And reunited with his half-sister in York (right)

‘Because of the affair and the time they were living in, as well as the fact my dad was unemployed after the war while Jon’s dad was still in the forces, the judge made her give him up.’

Joan Penn and Cyril Penn, Ms Kitteringham’s father, moved to Bromley but later relocated to Vancouver after two years after a job became available with Lloyds of London bank.

Ms Kitteringam said: ‘I’ve been able to answer so many questions Jon had.

‘It was a huge hole in my mother’s heart that never completely healed, so I hope she knows about this wherever she is.

‘Leaving Jon was something mum regretted her whole life, but he has come to accept that he was loved.’