A pensioner was jailed for nine years today after trying to murder his daughter’s former partner with an axe after learning he had slept with his granddaughter.

John Quantrell, 65, smashed a car window before repeatedly striking Christopher Willett, 36, in the hand, leg and head with the hatchet – but failed to kill him.

Willett was attacked with an axe by Quantrell, who was wearing a mask, in September 2017 as he left work in Aberdeen.

He said he climbed into his friend’s BMW for a lift home when the attacker smashed through the window and hit him repeatedly with the aim of killing him, his trial heard. 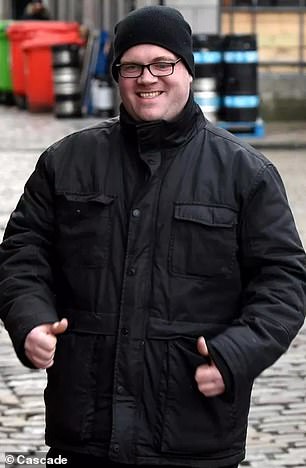 John Quantrell, 65, (left) smashed a car window before repeatedly striking Christopher Willett, 36, (right) with an axe over an alleged affair with his granddaughter, 22

A year before the couple split Christopher Willett was accused of having an affair with his partner’s daughter Sasha, 22 (pictured) – and they are reportedly still a couple

Jailing him for nine years today judge Lord Clark told Quantrell, 65: ‘It is clear, on the evidence, you had a deep animosity towards Christopher Willett. You struck him four times with the axe. One blow was to his head.’

The judge told Quantrell, who has previous convictions for dishonesty, public disorder, assault and robbery: ‘There is no alternative to a substantial custodial sentence.’

The judge also ordered that Quantrell should be kept under supervision for a further two year period after his release. 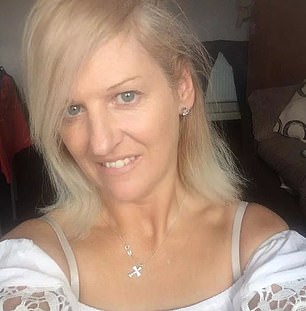 After the trial ended last month Sasha told the Scottish Sun: ‘All I’ve got left is Christopher. He’s always been there for me. I did call him ‘Dad’ but my mum forced me into it. I don’t miss my family. I just focus on each day as it comes.’

Her partner and former step-father added: ‘I accept it’s very unusual and not what you’d class as a normal relationship.

‘I realise that when you cheat it’s immoral. It happens to be worse as it’s my ex-partner’s daughter.’

Quantrell had earlier denied attempting to murder Mr Willett, 36, on September 11 2017 in Aberdeen – but a jury found him guilty.

His victim suffered wounds from the smashed glass and the axe blows have caused permanent disfigurement, the court heard.

Mr Willett, who had a relationship with Qunatrell’s daughter up to 2015, was attacked as he left his workplace at Trojan Crates in the Torry area of Aberdeen.

He said as he entered a car with a colleague there was a ‘bang’ against the vehicle and he told his workmate that it had been hit by another car.

A masked man left the other vehicle and came round to the passenger side leaving him thinking some sort of road rage incident was taking place.

‘The next thing I know the window is starting to get hit,’ he said.

The window pane was smashed and his attacker swung four blows with the weapon at him.

He said that he thought if he stayed where he was he was a dead man and managed to scramble out of the car.

After a scuffle he removed his attacker’s hood and scarf and realised his assailant was Quantrell.

His next memory was waking up in the street and being treated by paramedics.

He said: ‘It was not premeditated. He did not go out of his way to find Mr Willett. It was simply a coincidence.

Mr Moggach said Quantrell had ‘quite a colourful past’ and was previously imprisoned but his last assault conviction was more than 20 years ago.

The defence counsel said the murder bid was ‘a one off incident’ and argued that Quantrell did not pose a risk to the general public, although he accepted a prison sentence for the latest offence was inevitable.

The judge sentenced him to nine years in prison.