Pensioners prosecuted for failing to pay BBC licence fee could clog up the courts, MPs warn

Courts could become clogged up with pensioners who get prosecuted for failing to pay their BBC licence fee, warn MPs and campaigners

By Eleanor Hayward and Paul Revoir For The Daily Mail

Courts could become clogged up with pensioners who get prosecuted for failing to pay the BBC licence fee, MPs and campaigners warned yesterday.

Tens of thousands of over-75s say they are staging a revolt against the scrapping of their free TV licences, which came into force on Saturday.

Julian Knight, Tory chairman of the Commons digital, culture, media and sport committee, said there was a danger that the percentage of court time taken up by these cases could ‘increase exponentially’.

The BBC in London (pictured) will start charging pensioners £157.50 per year for TV licences despite strong reactions from the public. The issue of whether non-payment should be remain a criminal offence was considered by former Culture Secretary Nicky Morgan before the coronavirus pandemic but the corporation says it plans to ‘enforce the law’ as it stands

Some affected by the new scheme say they are ‘determined to never pay at all’ and are willing to ‘go the whole hog’ and fight the BBC in court, even risking prison.

But the corporation plans to ‘enforce the law’ and has allocated £38million to chasing pensioners for their payments.

Mr Knight said: ‘The danger is that because there are very particular circumstances in this instance you may end up with people wanting to appear [in court] in person. 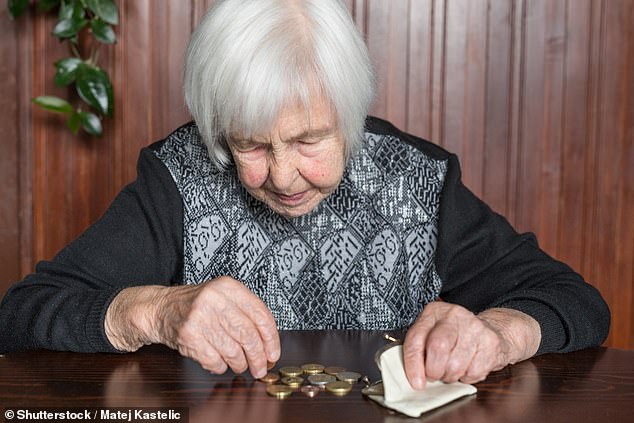 Over-75s receiving pension credit can get a free TV licence, but millions more will receive letters from the BBC telling them to cough up. Charities are urging pensioners to check if they’re eligible because anyone caught watching TV without a licence can be prosecuted, fined £1,000 and sent to prison if they refuse to pay (stock photo)

‘That is where you could end up with court time being taken up. I would imagine that many of those who don’t want to pay will feel very strongly about it, will want to represent themselves, therefore that may take up more court time.’

A BBC spokesman said: ‘We know most members of the public are law-abiding, so our focus is on helping people transition to the new scheme as easily and safely as possible.

‘People over 75 and in receipt of Pension Credit can claim a free TV licence… with 1.5million households eligible.’