One of the most sophisticated and secretive wings of the US Department of Defense wants to know if you have any ‘underground urban tunnels & facilities’ for it to conduct experiments in.

On Twitter, the Defense Advanced Research Projects Agency, DARPA, known for its penchant for wildly futuristic-sounding studies and experiments — i.e. mind controlled drones or ‘time crystals’ — put out a call to all of its unsuspecting followers.

DARPA set off a wave of speculation with its tweet soliciting underground tunnels and facilities from which it could conduct somewhat mysterious research.

‘The ideal space would be a human-made underground environment spanning several city blocks w/ complex layout & multiple stories, including atriums, tunnels & stairwells. Spaces that are currently closed off from pedestrians or can be temporarily used for testing are of interest.’

What’s more, DARPA says its in a bit of a time crunch to acquire said commercially or university managed multi-block underground urban tunnel/facility.

A deadline for responses to the agency’s request is set to expire on August 30 at 5:00 pm, giving potentially interested parties about two days to act.

Some things that jump out about the sudden and head-scratching tweet: everything.

The solicitation has left many wondering – What does DARPA plan on using the facility for? Why are the example pictures included in the tweet so terrifying? Why such unreasonably short notice?

DARPA’s does give some insight into its call within the actual Request for Information issued on its website, in which it vaguely alludes to technologies capable of ‘future solutions to rapidly map, navigate, and search unknown complex subterranean environments to locate objects of interest.’

The agency also alludes that its research may have possible applications towards disaster relief and, more confusingly, global security. 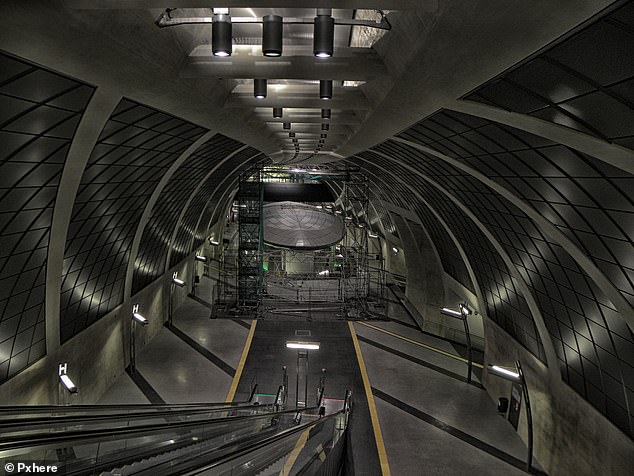 DARPA decided to include some rather eerie stock pictures in its call, including the on picture above which seems to show some kind of high-tech government lab 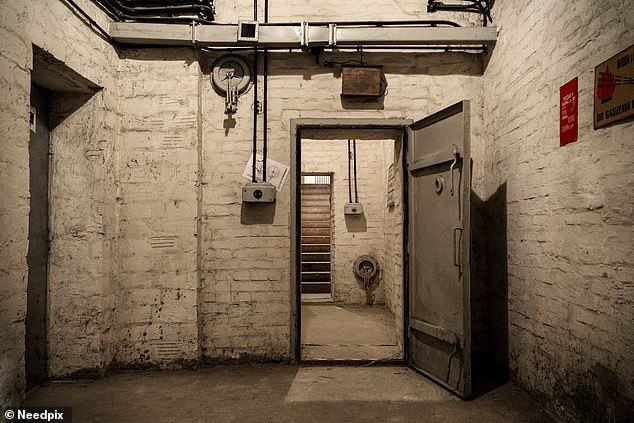 It also included a picture of a rather dusty looking basement, which looks more like an abandoned warehouse than a lab

‘As such, DARPA is interested in understanding the state-of-the-art in innovative technologies that have the potential to disruptively and positively impact how the underground domain is leveraged without prohibitive cost and risk to human lives.’

While it all seems to be above board given the fact that the request was aired in just about the most public ways one could imagine, it hasn’t stopped users from speculating what the facility can or might be used for.

Among the theories, naturally, are demogorgons — the extra-dimensional beasts depicted in Netflix’s popular sci-fi homage, Stranger Things, to which it replied ‘ Demogorgons are such a Department of Energy thing.’ 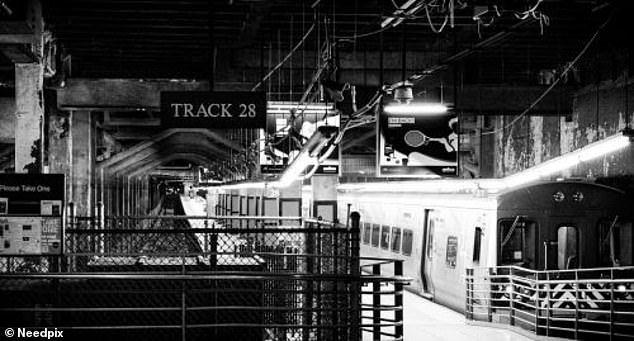 The Grand Central tunnels also made the cut, depicting tunnels in which many New Yorkers use to commute to work and their homes

Other theories were decidedly less fantastical, with some suggesting that the agency may actually be developing some kind of drone-like weapon capable of navigating close quarters.

It’s doubtful that in the event DARPA was actually developing something as secret or scary as a demogorgon or killer drone, that it would be tipping its hat publicly, but even the agency seems to acknowledge that the request does come off at least a little creepy.

One Twitter user replied to DARPA’s call, writing ‘This sounds exciting and ominous’ to which the agency replied ‘Even to us.’

Though this case me be more banal, finding a DARPA project that actually seems to broach science-fiction isn’t exactly difficult.

In May, DARPA announced that it’s funding research that could give a future generation of soldiers the power to control machines and weapons with their minds.

The agency said it will fund six organizations through the Next-Generation Nonsurgical Neurotechnology (N3) program who will work to design and build interfaces for application in the U.S. military, that could be worn be soldiers and translate their brain signals into instructions for drones and other military equipment.

CAN THE BRAIN BE ‘HACKED’ TO CREATE SUPER-SOLDIERS?

This would be done by activating a process known as ‘synaptic plasticity’ – a key process in the brain involved in learning – with electrical stimulation.

Some teams will be working with intelligence analysts and foreign language specialists to shape the platform around currently training practices. 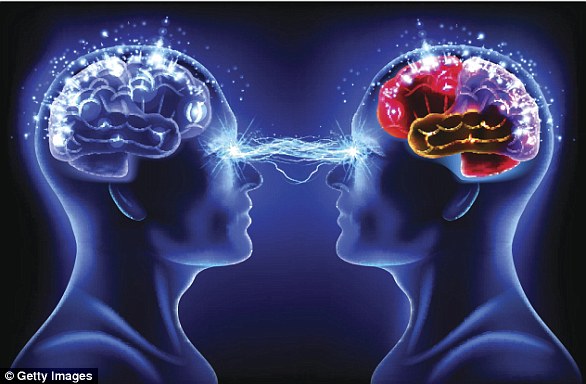 DARPA is looking into ways to activate a process known as ‘synaptic plasticity’ – a key process in the brain involved in learning – with electrical stimulation to accelerate soldiers’ learning. Stock image

Researchers will look into using the technique across a wide range of applications, including decision-making and spatial navigation, speech perception, and threat recognition.

‘Imagine you’re struggling to learn something new, like multiplication tables or how to hit a golf ball,’ said Dr Robert Rennaker, of the University of Texas at Dallas’ Texas Biomedical Device Center.

‘When you get it right, when that light bulb comes on, this system is being activated.

‘By stimulating the vagus nerve during the learning process, we’re artificially releasing these chemicals to enhance those connections active during learning.’