Pentagon No. 2 called Trump ‘an idiot’ and said Melania was ‘smarter’

Revealed: Vice chairman of the Joint Chiefs called Donald Trump ‘an idiot’ and said Melania is ‘smarter’ after she asked about the ‘locations of all our intercontinental ballistic missile fields’ at private dinner

The Pentagon’s No. 2 John Hyten called President Donald Trump ‘an idiot’ and Melania Trump ‘smarter than the president,’ according to testimony that was part of a sexual assault case involving the military leader.

The Washington Post published a profile Wednesday of Retired Col. Kathy Spletstoser, who’s accused Hyten of assault and claims the military is trying to hide records because the testimony could be damaging to the Joint Chiefs vice chairman’s career.

She revealed part of her testimony to The Post that included Hyten’s take on the president and first lady after dining with them in October 2017, nine months after Trump took office.

The Pentagon’s No. 2 John Hyten (pictured) called President Donald Trump ‘an idiot’ and Melania Trump ‘smarter than the president,’ according to testimony that was part of a sexual assault case involving the military leader 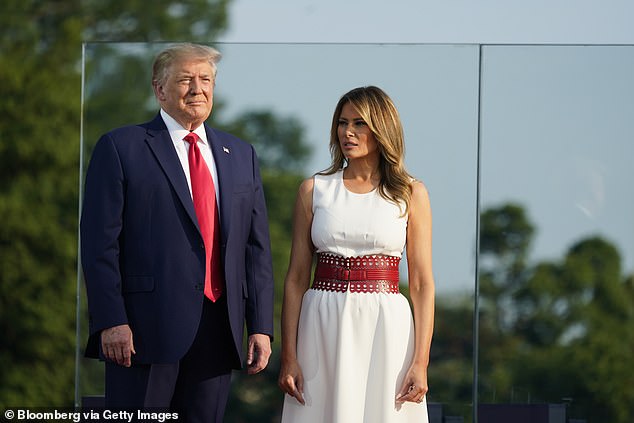 Retired Col. Kathy Spletstoser, who is accusing John Hyten of sexual assault, said that the Joint Chief’s vice chairman made the comments about President Trump (left) and first lady Melania Trump (right) to her and other colleagues after an October 2017 dinner with the first couple 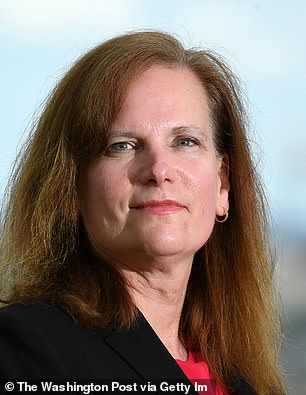 Kathy Spletstoser has accused John Hyten of sexual assault. She revealed a conversation she says he had about President Trump and first lady Melania Trump to The Washington Post in an effort to prove the military was trying to hide testimony that could be damaging to Hyten’s career

‘The president is an idiot,’ Spletstoser said Hyten said to her and other staffers.

‘He is just a businessman without the basic understanding of national security. Everything is a business transaction for him and making money is winning to him and the only thing that matters,’ Hyten continued.

Hyten then said that ‘the president wanted to sell nuclear-powered submarines to the South Koreans, and I had to talk him out of it, explaining why this was a bad idea,’ he said, according to Spletstoser’s notes.

‘Everything is about a business deal- that is how the president views things, through that lens,’ Hyten said.

Hyten also gave Spletstoser and her colleagues his assessment of the first lady.

‘I also spent a lot of time talking to Melania Trump about the locations of all our intercontinental ballistic missile fields,’ he said, according to Spletstoser. ‘She was more inquisitive and smarter than the president.’

This dialogue, Spletstoser said, is part of testimony she gave to Air Force investigators, which the military is now refusing to release.

The Department of Defense has argued that the records Spletstoser wants don’t fall under the federal Freedom of Information Act.

The conversation was recorded by Spletstoser in notes.

A White House official told the paper, ‘We are unfamiliar with any conversation like this.’

‘Discussions like this would not be had casually around a dinner table,’ the official also said.