People are giving themselves concussion trying yet ANOTHER viral challenge

Social media challenges should come with a health warning after the latest craze is causing people – many of whom are children – to get serious head injuries.

Shortly after Lil Yatchty released the song MICKEY, the Zoom Challenge was created where people ‘zoom’ away from the camera lens at a specific moment in the song.

But the challenge involves someone outside the view of the camera pulling on the person’s legs in order to get them out of frame, and this has caused some serious head injuries.

A real headbanger! A new social media challenge, entitled the Zoom Challenge, involves someone getting pulled away from the screen while Lil Yatchty’s MICKEY is playing 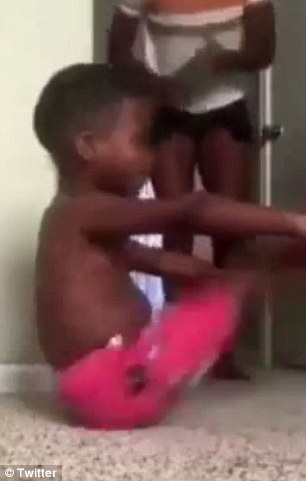 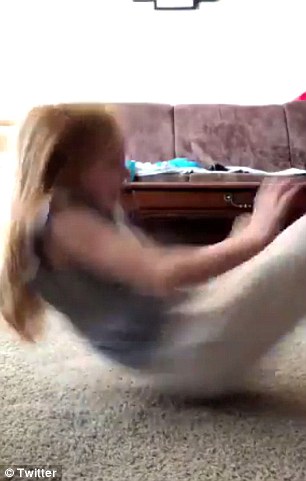 Hurt: Many children have gotten hurt while filming the challenge because they have smacked their heads against the ground 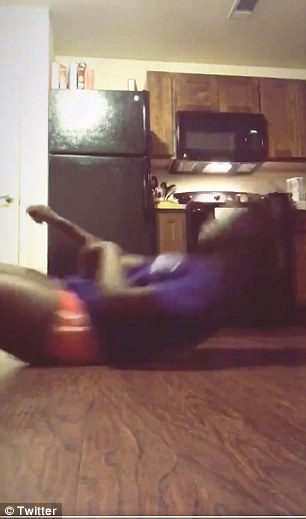 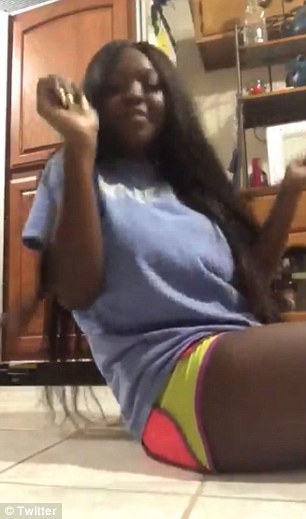 Wigging out! Two women’s wigs even came off after their friends pulled their legs during the challenge

The Zoom Challenge wasn’t specifically inspired by Lil Yatchy. Instead, it started after a viral vine of one woman ‘zooming’ out of frame was viewed millions of times.

Despite this safe hack, many people have found their own way to achieve the effect, and it involves someone dragging the person’s body quickly right when Lil Yatchty says ‘zoom’ in the song.

There have been some successful videos of people getting pulled out of the frame, but also a lot of extreme fails involving people smacking their heads on the ground.

In one hilarious (but horrifying) fail, a woman’s wig fell off after she smacked her head on the ground and got dragged away from the screen. 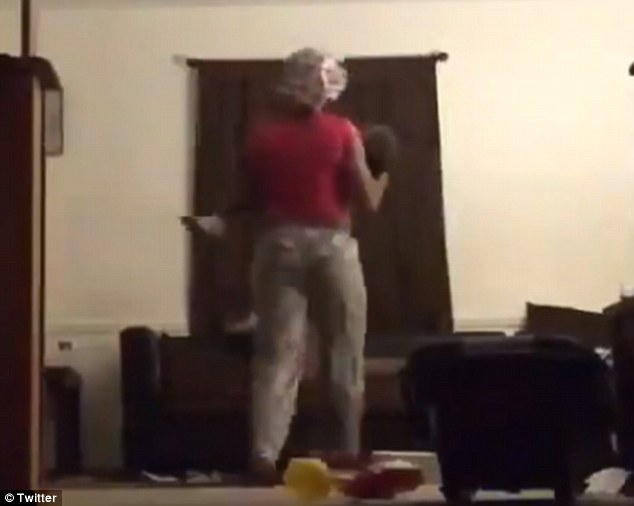 Traumatized: One video shows a child getting serious hurt and crying after he attempted it

Stop doing it! One Twitter user implored parents to stop using their children for the challenge because they end up hurt 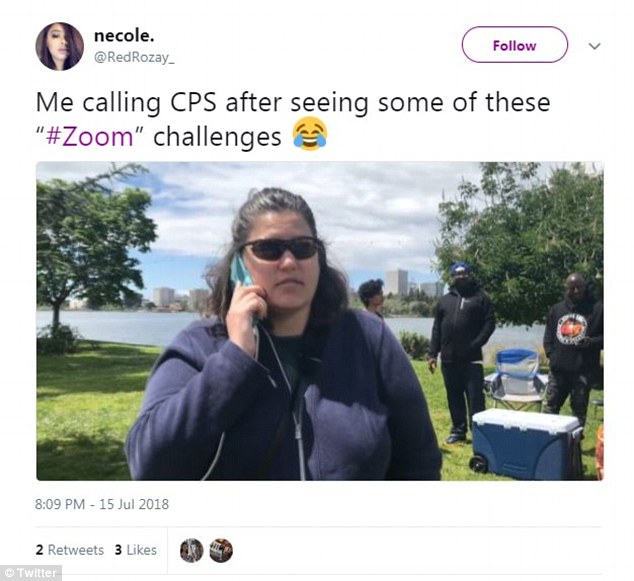 Parents or older siblings are having fun with the challenge because they coerced younger children to be front-and-center for the viral videos.

But many of them have ended up in tears after smacking their heads on the ground because they are unable to keep their bodies upright while getting pulled away.

One stunned viewer of the challenge tweeted: ‘People are d*** near injuring themselves and their kids doing the zoom challenge.

‘You’re supposed to push off a surface and then play the recorded video in reverse.

‘Out here pulling these babies into bad hips and head concussions.’

Another horrified viewer said she was considering calling Child Protective Services after seeing some of the video fails. 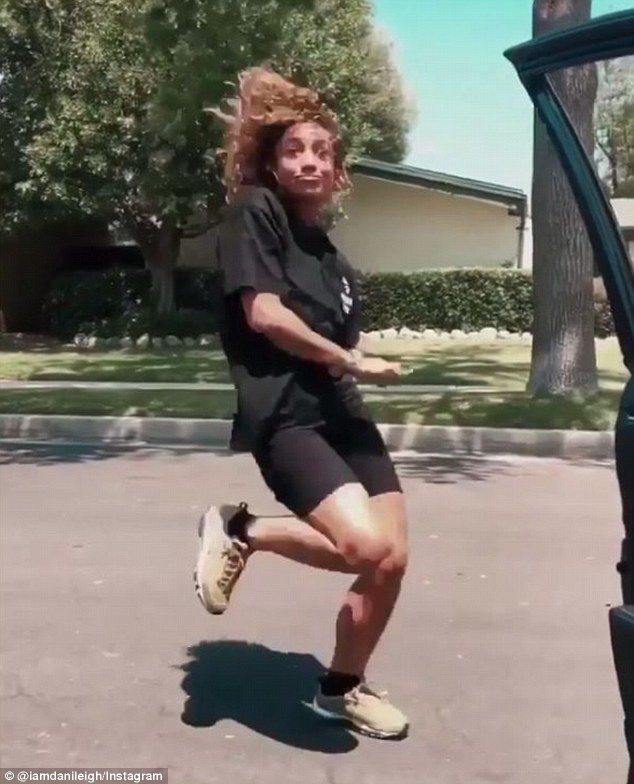 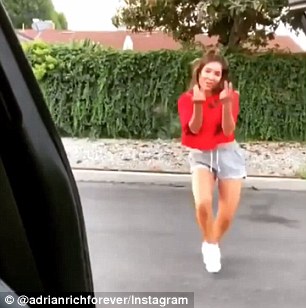 Dangerous: Many are hopping out of moving cars and dancing alongside them as they continue to roll

Another social media challenge that has caused some injuries involves fans celebrating Drake’s music with a dance to his current single, a track called In My Feelings.

They’re not just grooving in their rooms, though: Many of them are taking part in what’s being called the #InMyFeelingsChallenge, in which they get out of a still-moving car and dance alongside the open door, as a driver continues to roll down the block and record them on camera.

The challenge wasn’t even inspired by Drake himself, who does no such thing in the music video for the song.

Rather, it’s a spin-off of a video posted by online personality Shiggy, who has 1.4 million followers on Instagram.

On June 29, Shiggy uploaded a clip of himself in a pink sweatshirt and sweatpants, dancing on the street in the dark. It was filmed from inside the car, as Shiggy danced just outside the passenger side door.

He used the hashtags #DoTheShiggy and #InMyFeelings — and it quickly caught on. Yikes! What’s even more dangerous is it seems the person in the driver’s seat is recording 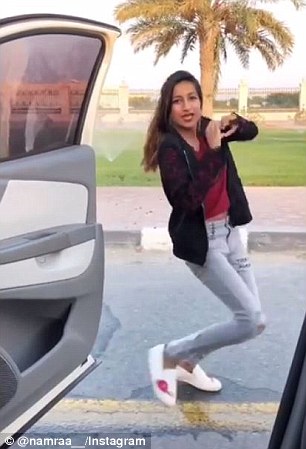 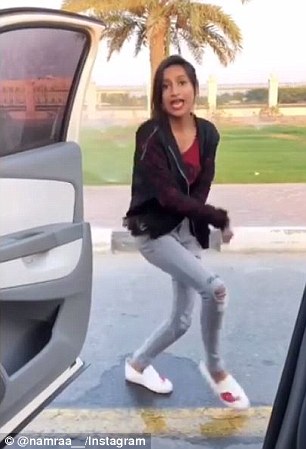 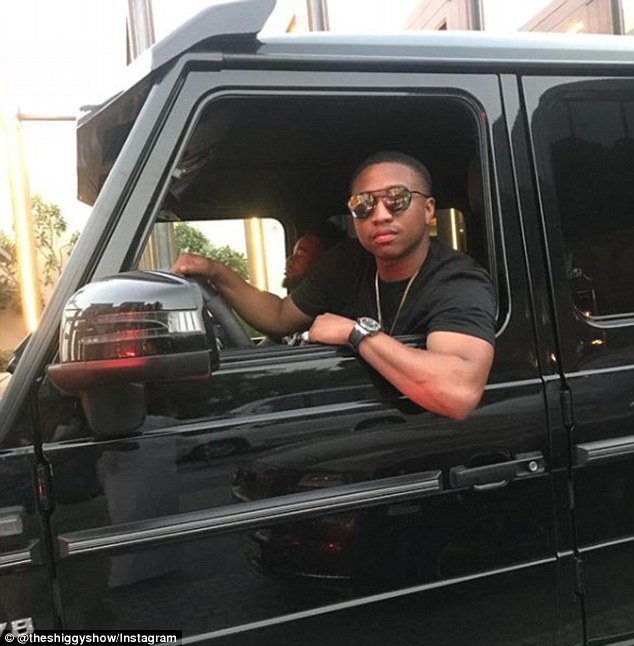 Beginning: The trend started with Shiggy, an online personality with 1.4 million Instagram followers who did his own version of the dance 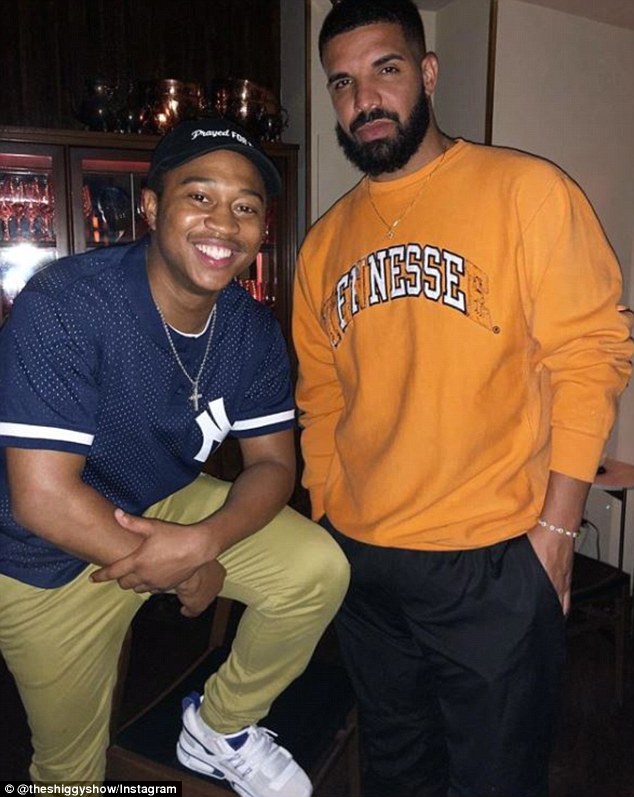 Star power: Shiggy is a big fan of Drake and posted this picture of them together on Instagram

Men and women have shared short clips of themselves, which start out inside the car as they sing and move to the music.

They then climb out, leaving the door open, and dance next to the passenger side — as the person in the driver’s seat is presumably recording.

Being on social media, though, many people have upped the challenge, hopping of the car while it’s still moving.

The cars keep rolling down the street as they walk and dance in time to the music beside it.

While the rolling car clips are certainly the most dangerous, some people partaking in the challenge are in fact putting safety first.