When was the last time you spoke to your parents? If it wasn’t yesterday, 23-year-old Jenna Clark thinks it’s been too long.

The writer, who lives in Orlando, started calling her parents every day when she moved away for university at 19. Four years on, she makes sure she rings her New York-based mother and father daily.

‘It started because I was lonely. I initially had a really hard time making friends at university and sometimes wouldn’t talk to anybody for days’, Jenna tells Metro.co.uk.

Jenna Clark, 23, who lives in Orlando, started calling her parents every day when she moved away for university at 19

‘But I’ve kept doing it because I love them and genuinely want to know about how their days are going and what they’ve been up to.’

Jenna doesn’t understand people who treat not speaking to family for long periods as a marker of adulthood.

‘It’s not a sign of weakness, or immaturity,’ she explains. ‘People can still be independent and seek emotional support from their family – if they have a good relationship with them.’

Jenna says she gets a lot out of her daily check-ins with her parents, but she reserves certain topics for each one. 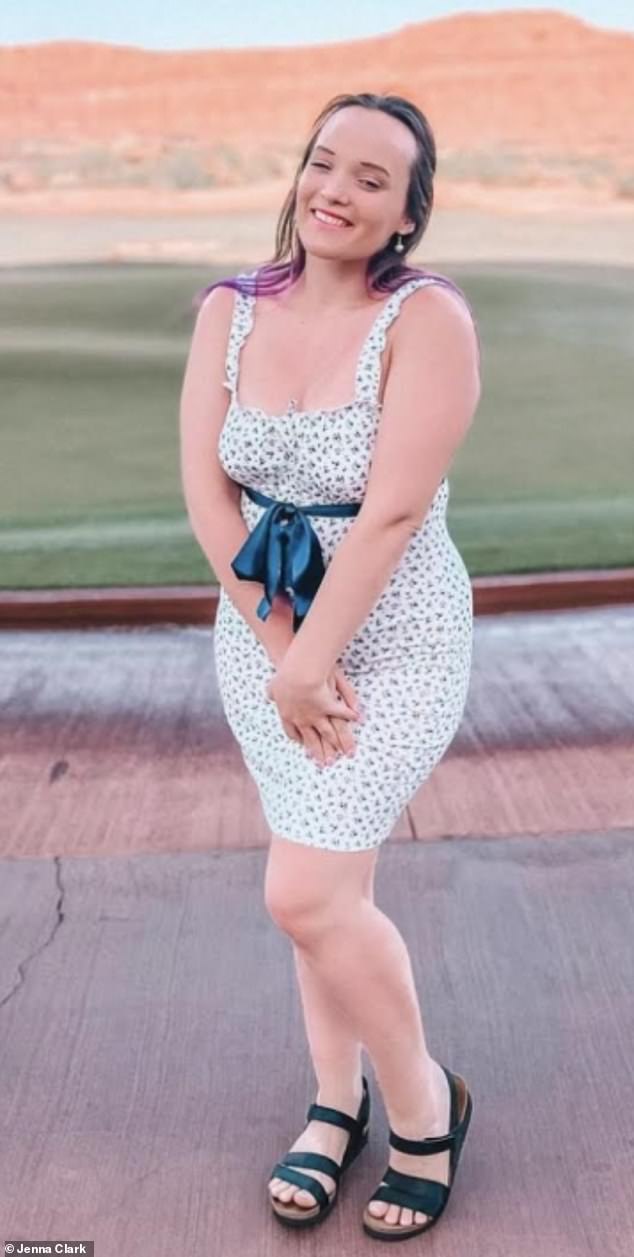 Jenna admits that she speaks to her parents to make herself feel better, seeking validation from their positive reactions to her achievements

‘I usually phone my father to ask him about his day, and if he has any advice or guidance for me when doing things – such as trying to fix the television in my flat.

‘I typically call my mother to check in on how she is doing, to talk about the TikToks I woke up to that she sent me, or to discuss holiday plans and upcoming visits.’

Recently, she called her mother because she was feeling sick, and during the call her mother identified that it was Jenna’s air purifier that was the cause.

‘They’re always willing to listen to what I have to say, even if they do think it’s silly – like when I call to ask whether or not the oven is supposed to be on a certain setting.’

Jenna also admits that she speaks to them to make herself feel better, seeking validation from their positive reactions to her achievements.

But ultimately, she does it for them.

‘My parents have done so much for me throughout my life. The least I can do is pick up the phone for a few minutes – it’s not rocket science, or a burden.

‘Some of us don’t realise how lucky we are to have to still have them in our lives, and a simple phone call can go a long way. I never regret it.’

If you enjoyed this article

A woman admits a very short phone call with her mother every fortnight makes her so angry, and asks why do I yearn for my toxic parents’ blessing?

And people reveal the scoldings they’ve had from their parents, proving you’re never too old for a telling off

Also, people reveal the VERY bizarre rules they had to follow as children that don’t make any sense