When you’re a huge fan of a musician or a film star, getting a tattoo of their image is surely the ultimate symbol of devotion.

But it takes a great level of artistic skill to reproduce a face, and unfortunately some people have not ended up with the glowing tribute they were hoping for.

People have been sharing the most hilarious examples of bad superfan tattoos online, proving that sometimes it’s best to stay away from the needle and express your love for your favourite star in a less permanent way.

One Michael Jackson devotee ended up with a drawing of the late singer that looked as if it had been done by a five-year-old while an inking of Barack Obama gave the former US president an extremely sinister grin.

If you simply must visit the tattooist, it’s best to stick to a simple portrait rather than merging the celebrity you love with a mythical creature, such as rapper Tupac immortalised as a unicorn and a centaur Patrick Swayze.

Return to sender: At least that’s what the recipient of this Elvis tattoo was probably thinking when they saw it 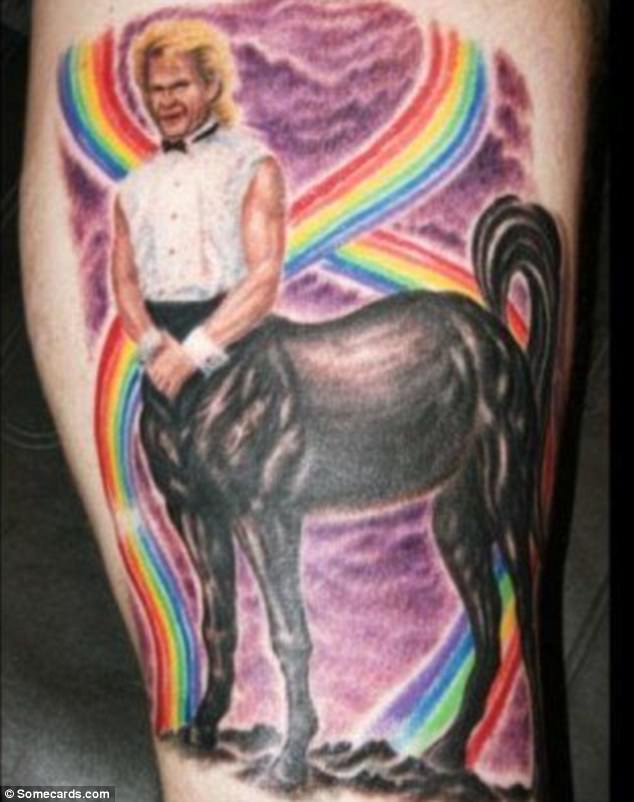 Not having the time of his life: The late Patrick Swayze immortalised as a Centaur is an example of why it’s best to stay away from the tattoo parlour 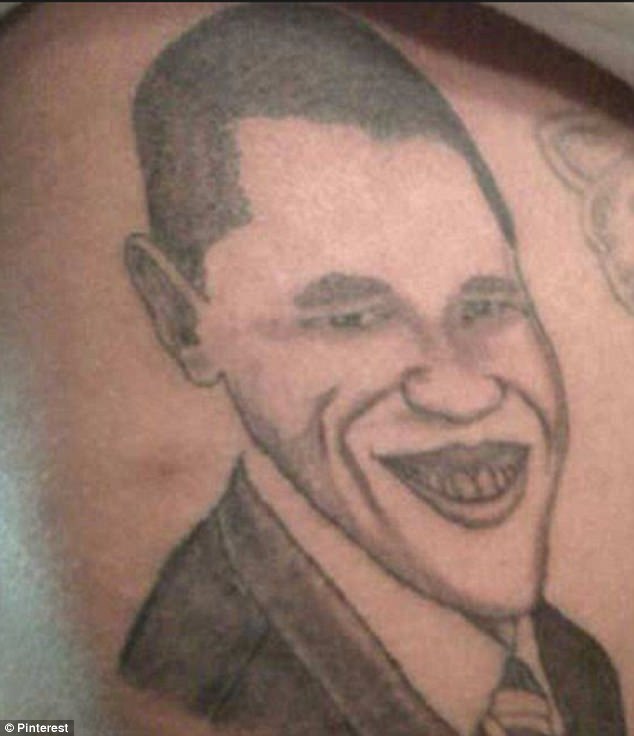 The presidency is only eight years at the most, but this terrifying tattoo of Barack Obama is for life 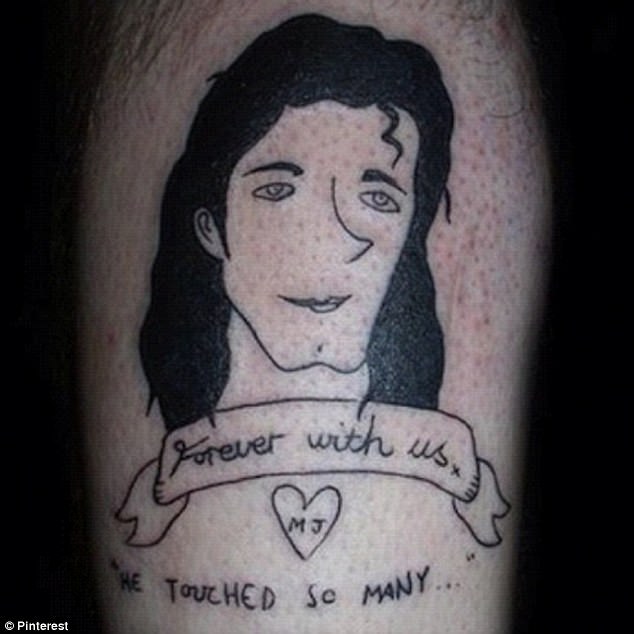 Thankfully the initials MJ and the exaggerated nose give a clue as to who is pictured in this inking, which look as if it was drawn by a five-year-old 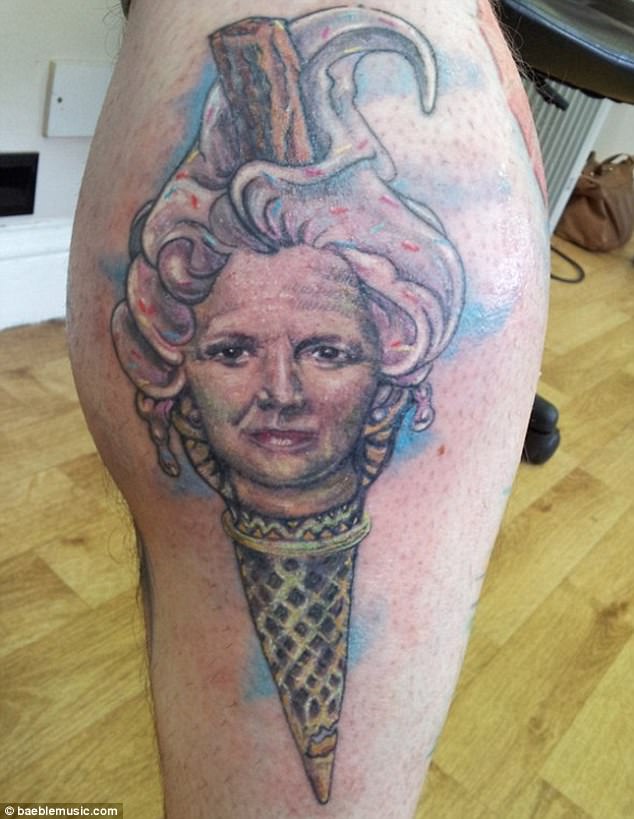 Showing her softer side: She was known as the Iron Lady but someone bizarrely decided to represent Margaret Thatcher as a cheerful ice cream cone 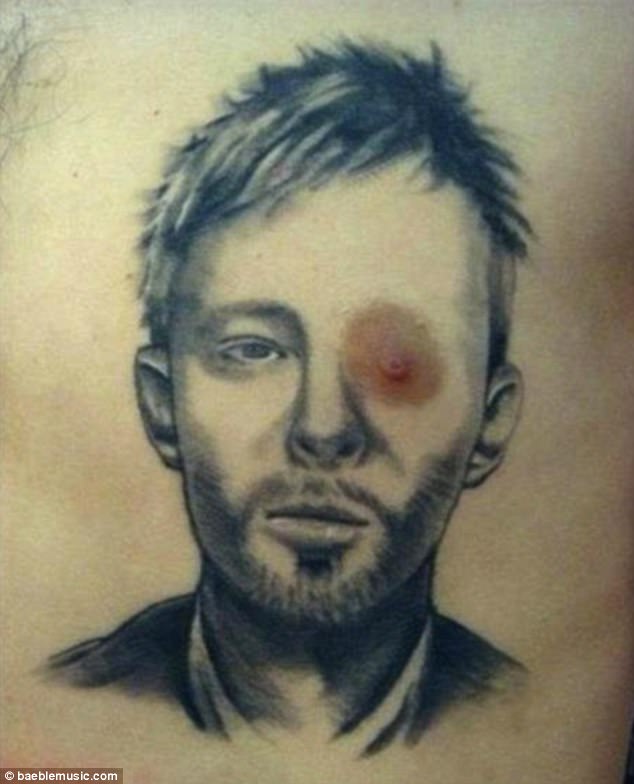 In real life Thom Yorke has two eyes, rather than a single nipple on his face 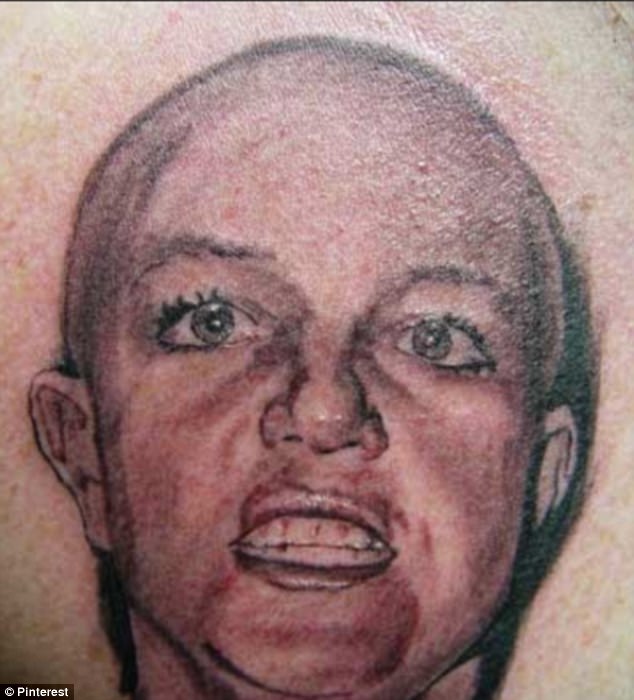 If you were inclined to get a tattoo of Britney Spears, remembering when she shaved her head during a breakdown is probably not the moment you’d choose 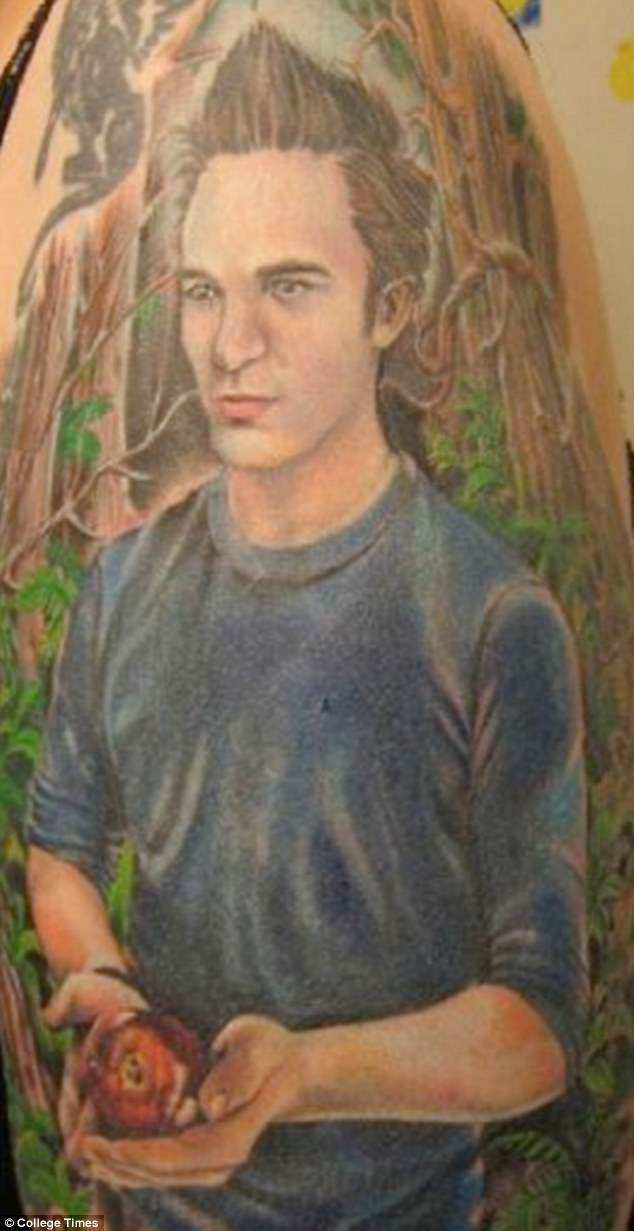 It’s not clear who this man resembles, but it’s certainly not Robert Pattinson in Twilight 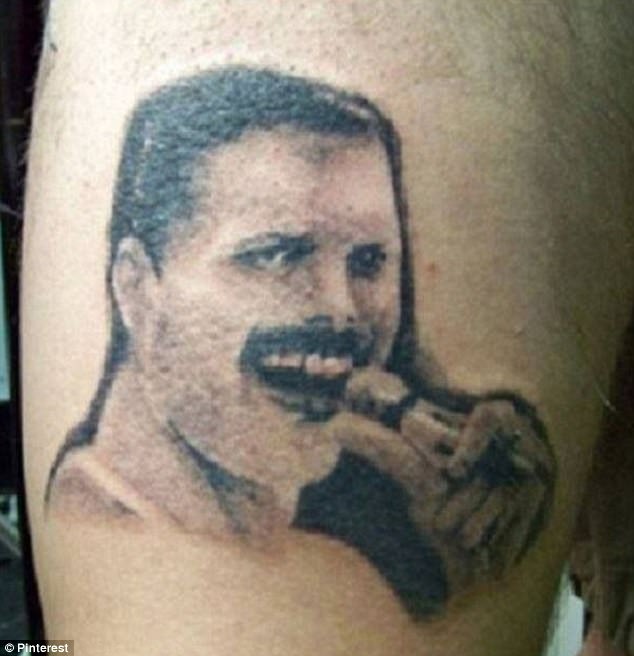 He wants to break free: Hopefully this Freddie Mercury tattoo can be easily covered up 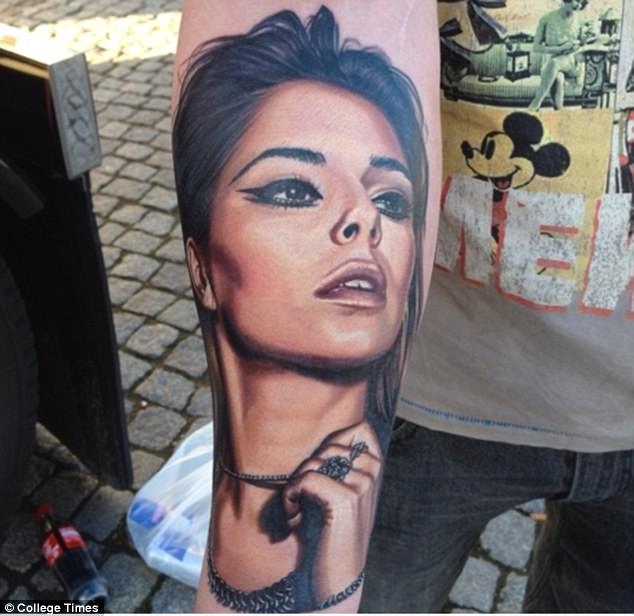 Would Cheryl turn her nose up at this tattoo? She’s a fan of body art but she’s not likely to be impressed 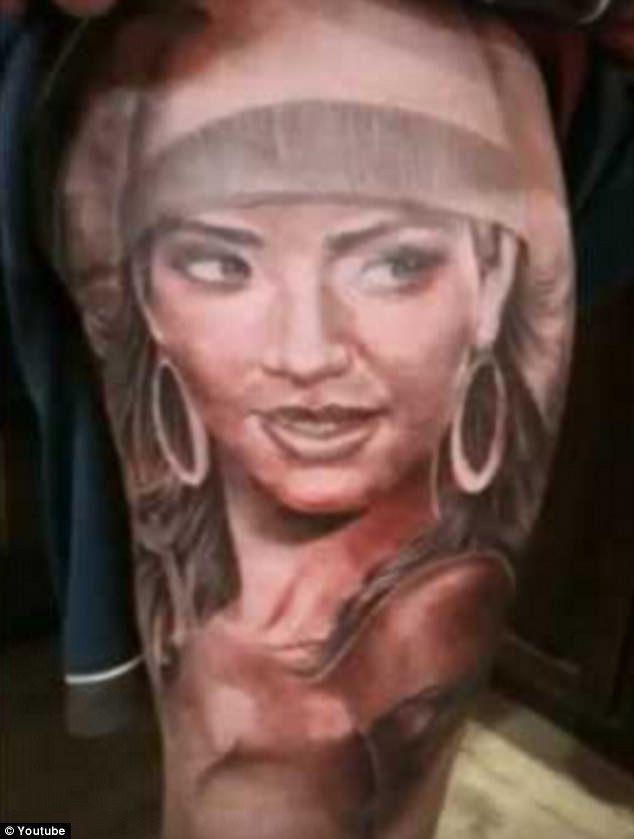 If you’re struggling to figure this one out, she’s part of a famous family, everyone’s name begins with K and she loves a scantily clad selfie 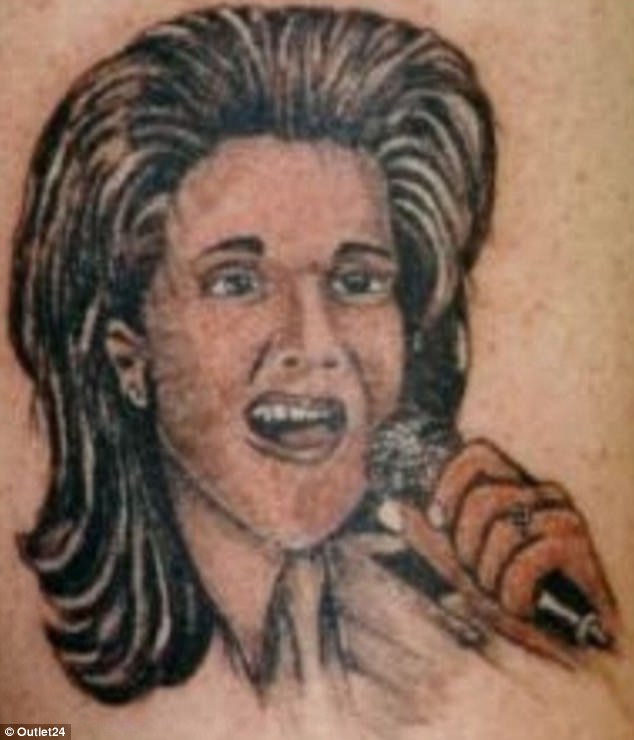 A disaster of Titanic proportions: The hair alone is enough to make you google laser tattoo removal 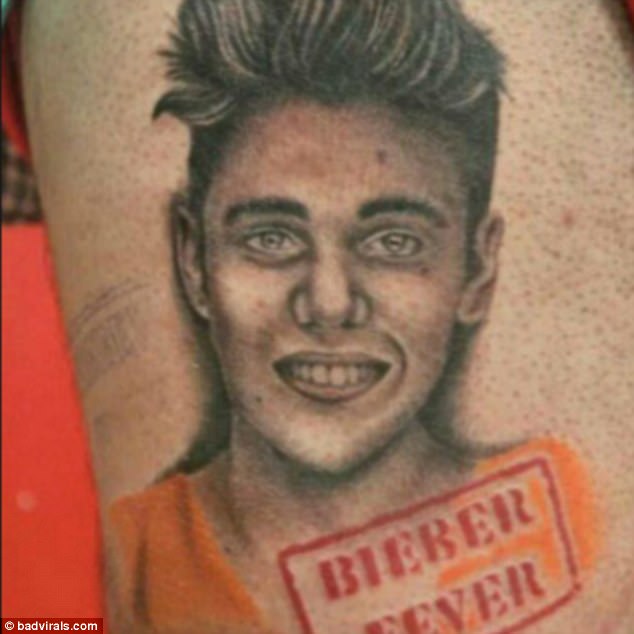 If it wasn’t for the helpful wording at the bottom, this could be mistaken for a random tattoo of a man in a prison jumpsuit 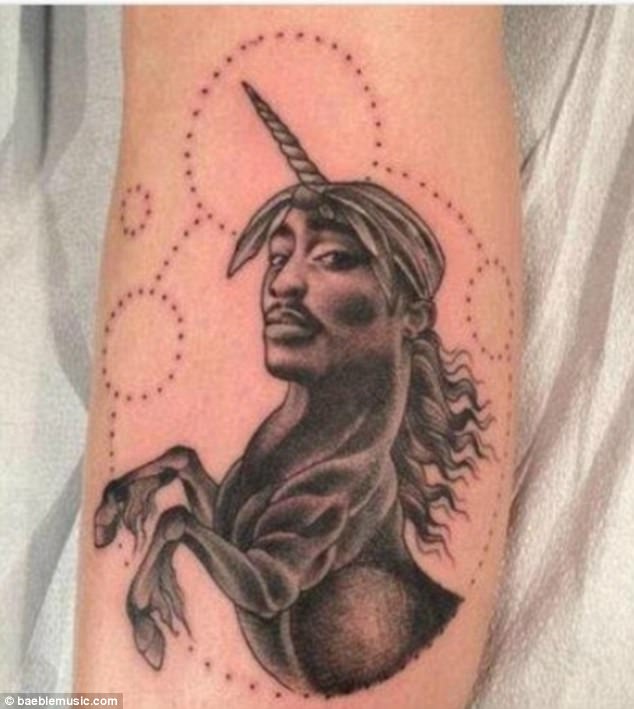 The face isn’t a bad resemblance to Tupac, it’s just a shame about the horn and hooves 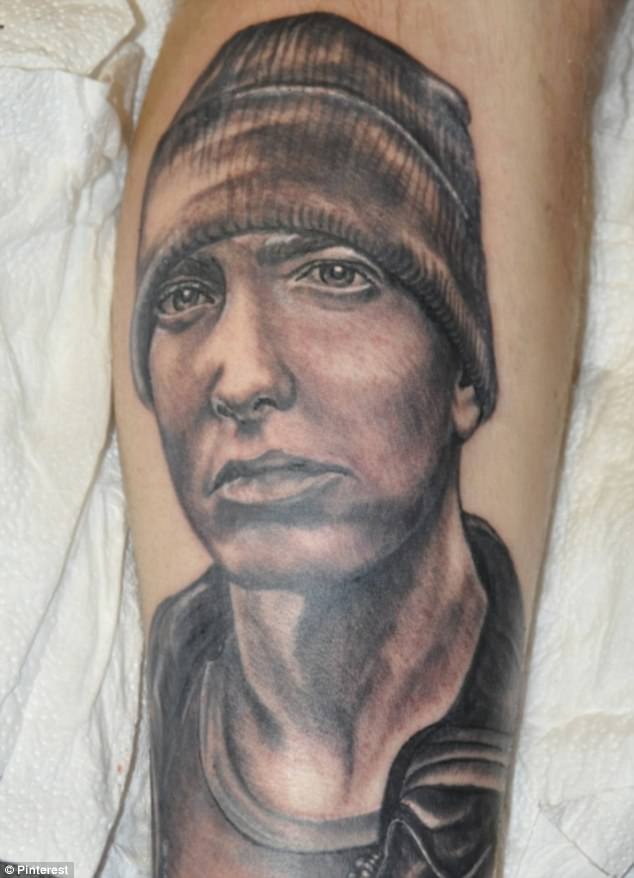 If the crazed fan Stan that Eminem rapped about got a tattoo, it might look a lot like this 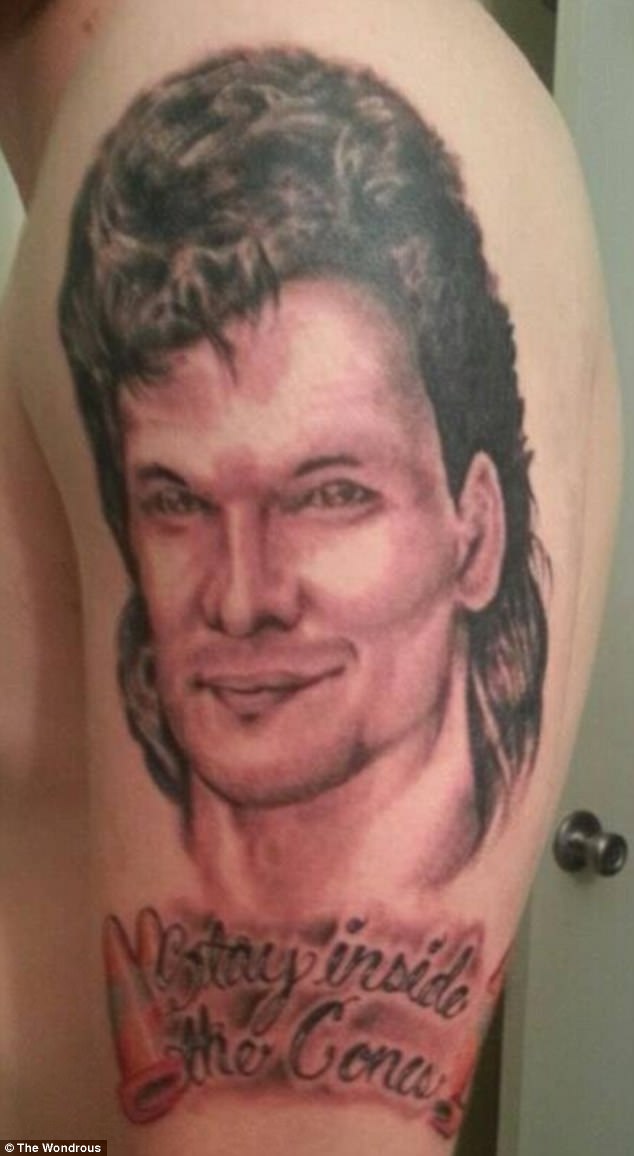