Note so sorry! Witty written complaints about parking, bad coffee and co-workers using your favourite mug definitely get the point across

While you might rely on your friends and loved ones to provide you with a daily dose of laughter, sometimes it’s a communication from a co-worker, a neighbor, or even a stranger that can really bring a smile to your face.

People from around the world have shared snaps of witty notes that they couldn’t help laughing at with the trivia website The Daily Stuff.

The eyebrow-raising letters included one man apologizing after his horse urinated on a car, and a husband admitting he put a love note for his wife on the wrong vehicle.

Elsewhere, a Costa customer wrote a note to their barista to complain that the coffee is the worst that they’ve ever tasted and that they would rather drink instant made with sour milk.

People from around the world have shared snaps of witty notes that they couldn’t help laughing at with the trivia website The Daily Stuff, including one office worker who was mocked by colleagues for being precious about their reindeer mug 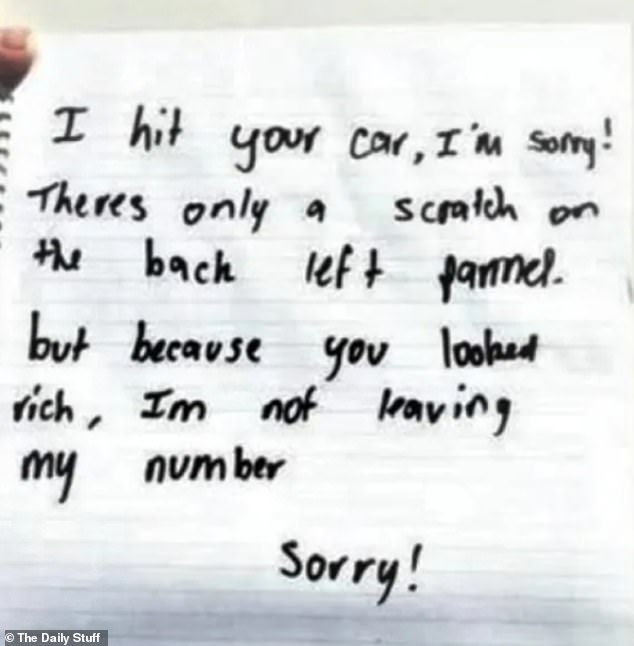 That’s a bit rich! One sorry driver left this note of apology after hitting someone else’s car. However, they did not feel sorry enough to leave their number, because they thought the person looked wealthy 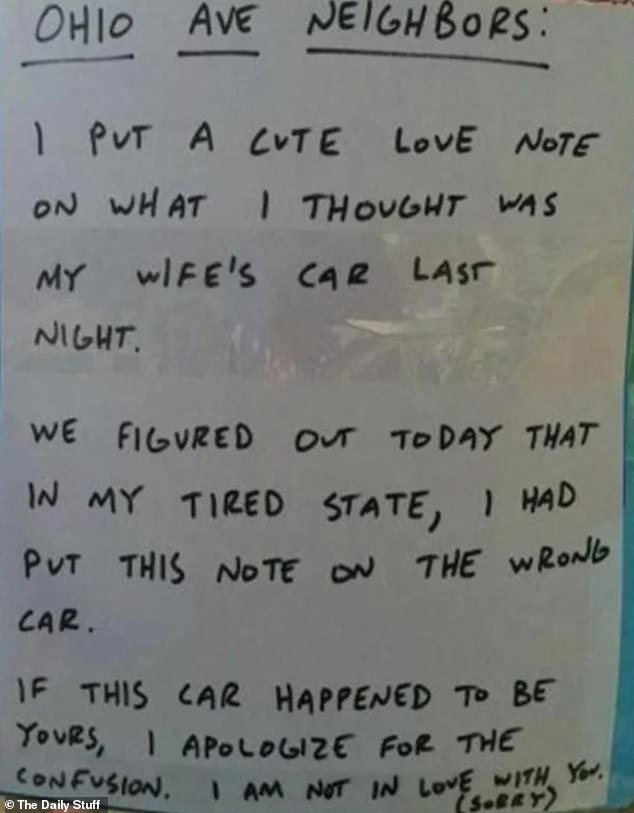 That’s awkward! One husband from Ohio had to admit to the neighborhood that he left a love note for his wife on the wrong car 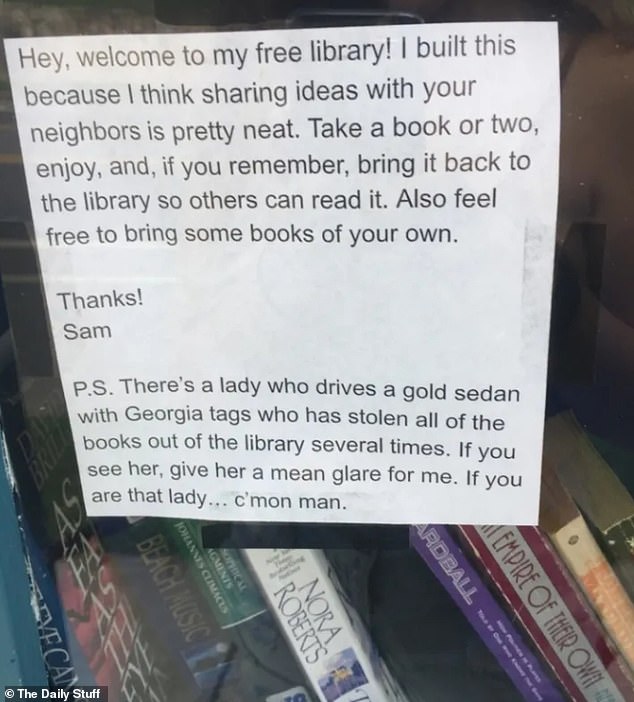 Not doing it by the book! After a woman in a gold sedan from Georgia was shamed for raiding a free library and not bringing the novels back 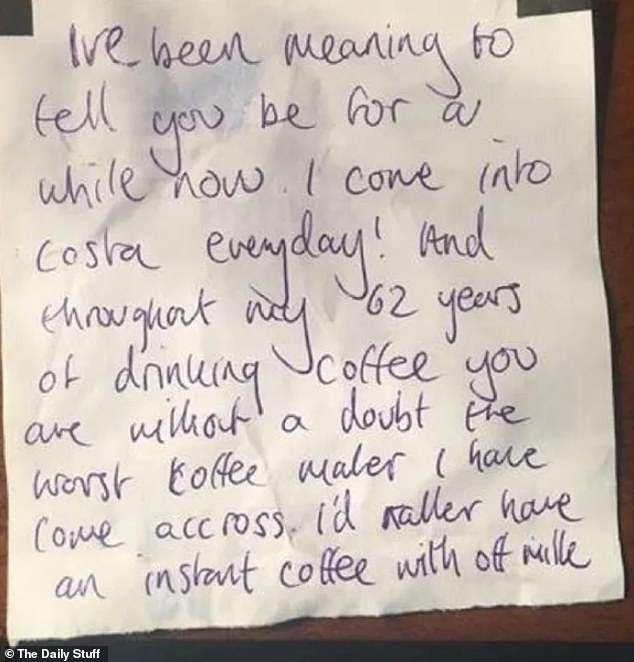 Bad barista: Customers sometimes feel compelled to share their praise with staff they like. But one person from the UK  made sure that this Costa employee knew how bad they are 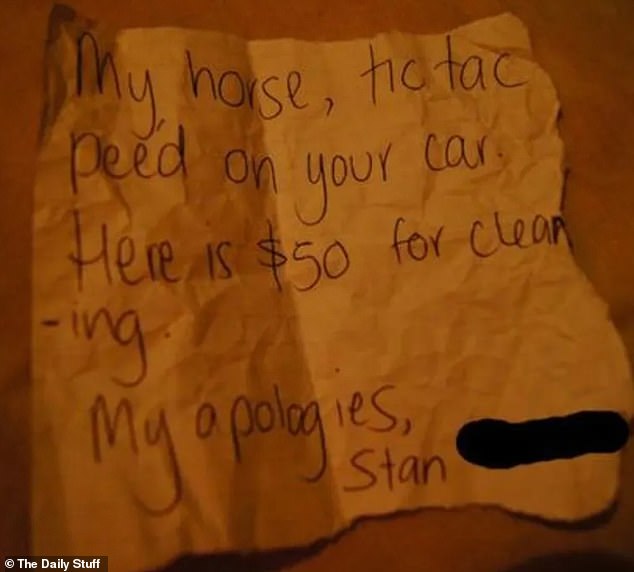 Not horsing around: An American man named Stan left $50 and this note of apology after his steed, dubbed Tic Tac, peed on a stranger’s car 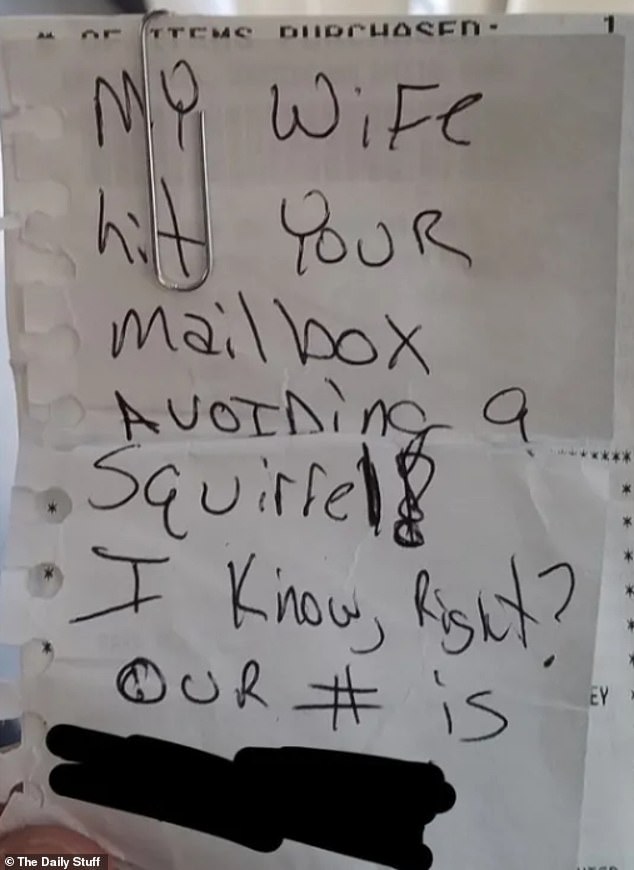 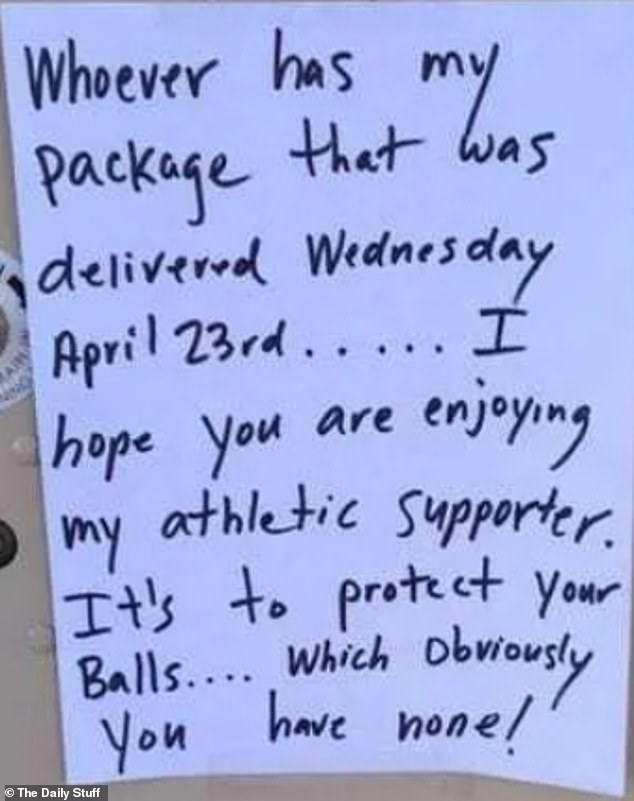 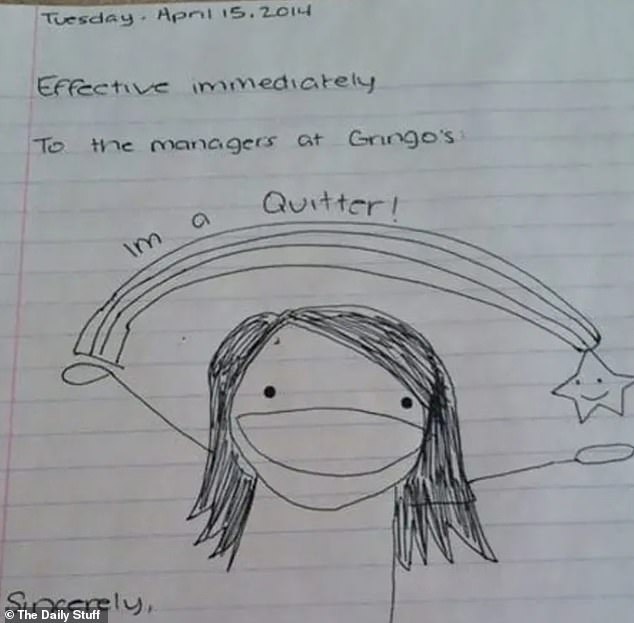 Not resigned to it! This restaurant employee was not content with quietly handing in their notice in the usual fashion, and wrote a proud note to declare: ‘I’m a quitter’ 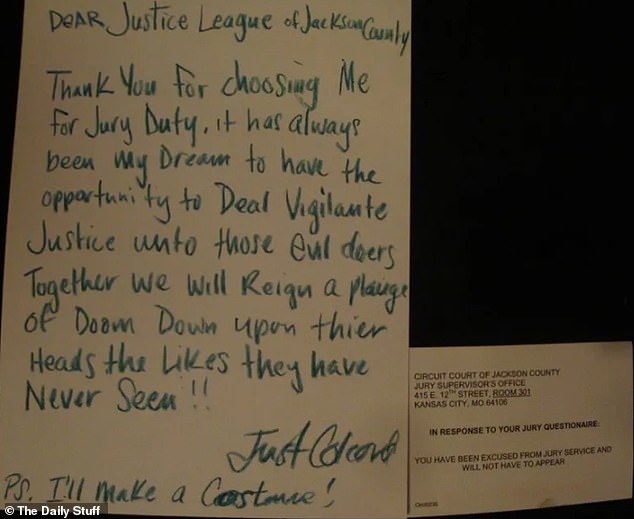 That’s one way of avoiding jury duty. One man’s very enthusiastic jury duty questionnaire where he promised to dress up for the trial did not land well with the Kansas city circuit court 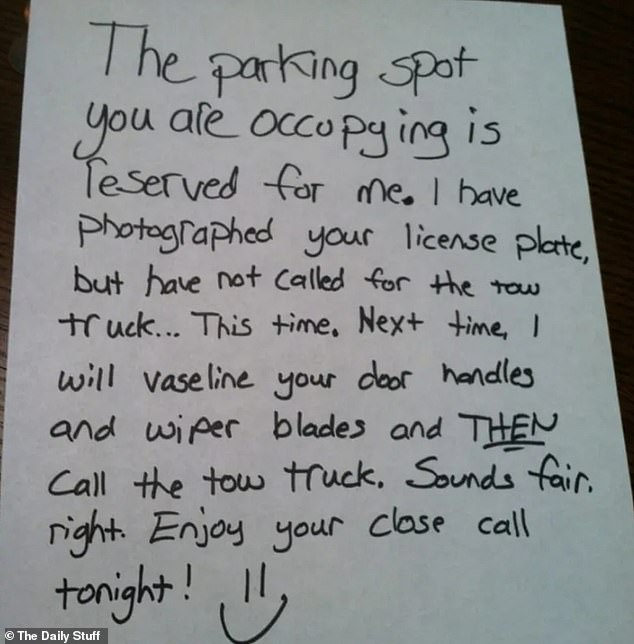 One neighbor left a very passive aggressive note to another, promising repercussion if the person parked in their spot again 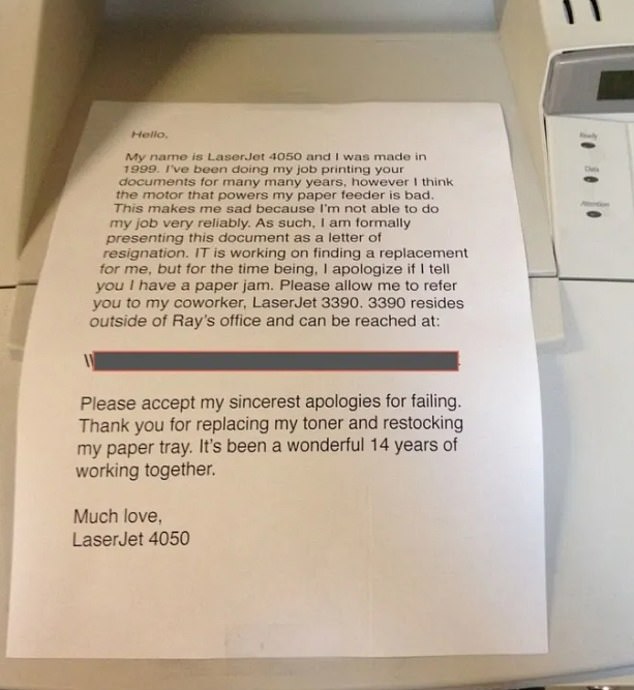 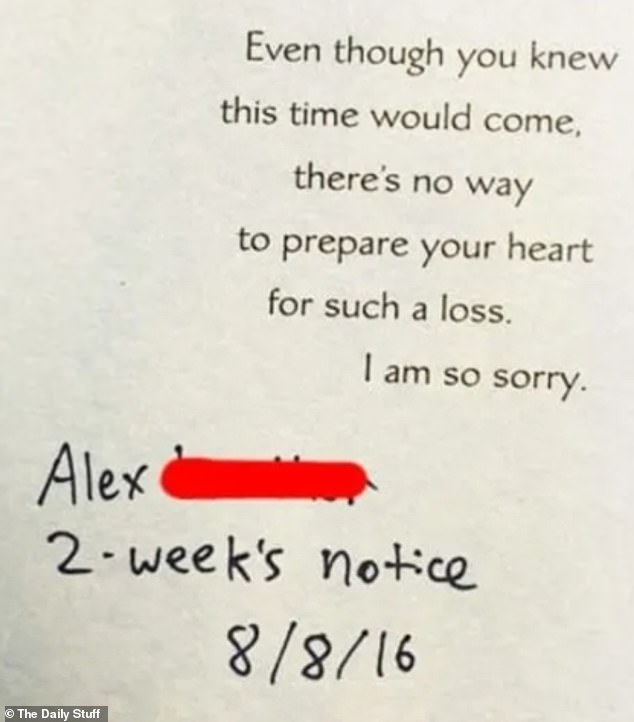 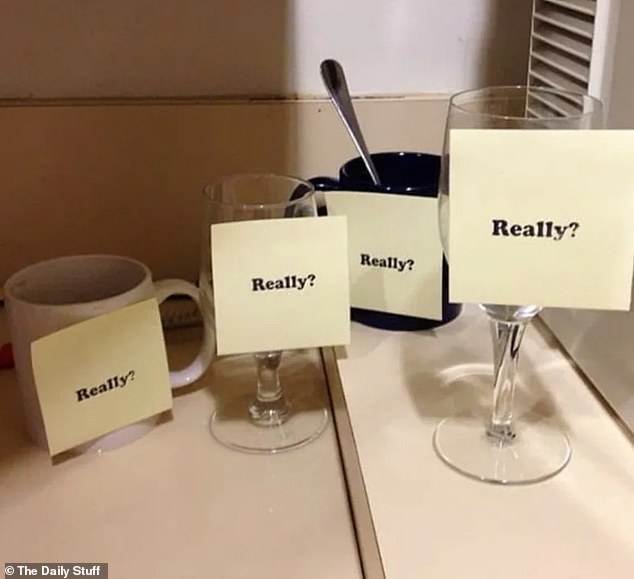 Dish wars! After someone they lived with left one too many dish out without cleaning them, one person got creative with their use of post-its 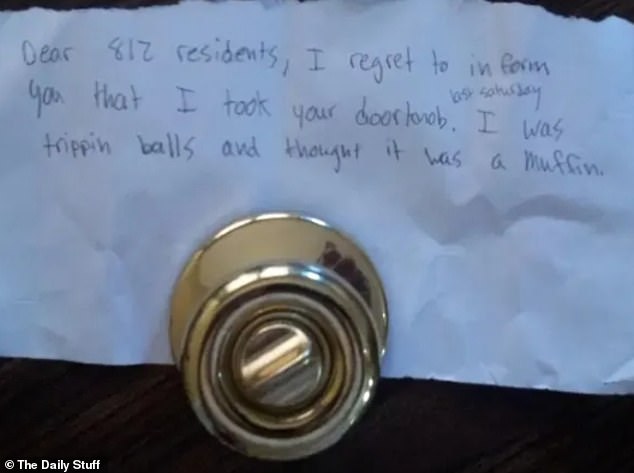 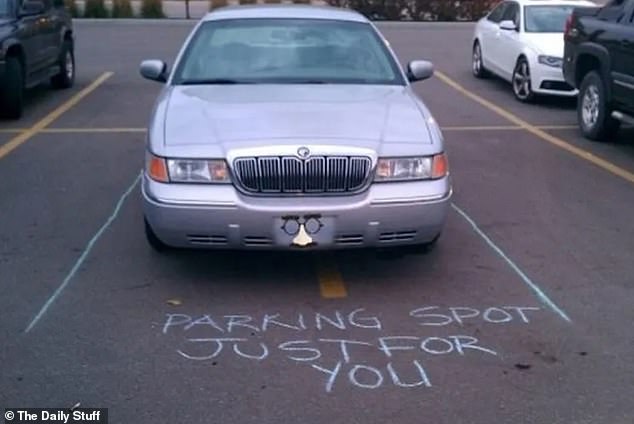