People share the VERY creepy pictures they have come across

Fright in sight! Optical illusion snaps reveal innocent scenes that look terrifying – from an alien-like potato to a ‘ghost’ made of icicles

From icicles that formed a ghostly-looking figure to water bottle lids that created the creepy illusion of sinister men with their shadow, these everyday situations unexpectedly escalated into something terrifying.

People have shared the creepiest pictures they’ve ever come across on the US-based website Travlerz, and you would need nerves of steel not to feel uncomfortable at the sight of these snaps.

One shows the tentacles of a sprouting potato spreading in the corner of a kitchen like an alien being, while unsettling scene reveals a nest of spiders spreading over a camping tent.

Another picture reveals the algae that hide below the sea surface, eerily spreading around blissfully unware swimmers.

People have shared the creepiest pictures they’ve ever come across on the US-based website Travlerz. In this eerie snap, icicles growing over an AC unit forms a ghost-like figure 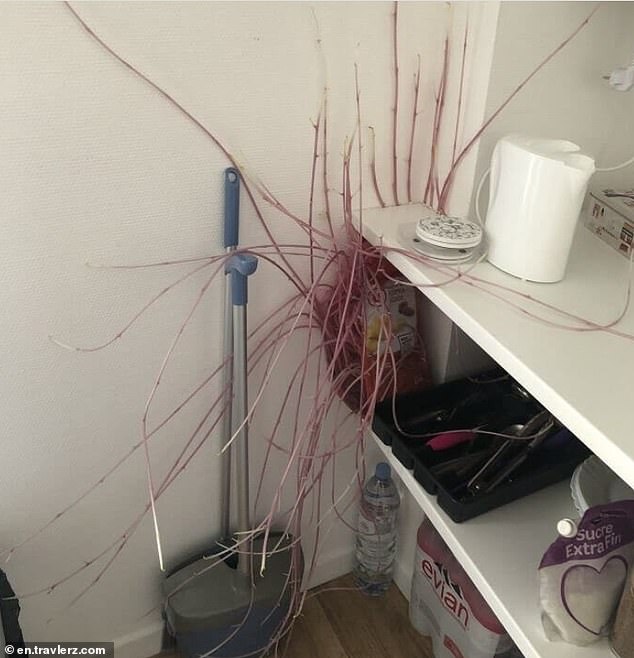 The aliens have finally landed! This is not the sight that you want to come home to in your kitchen but luckily it was just a potato sprouting out of control in France 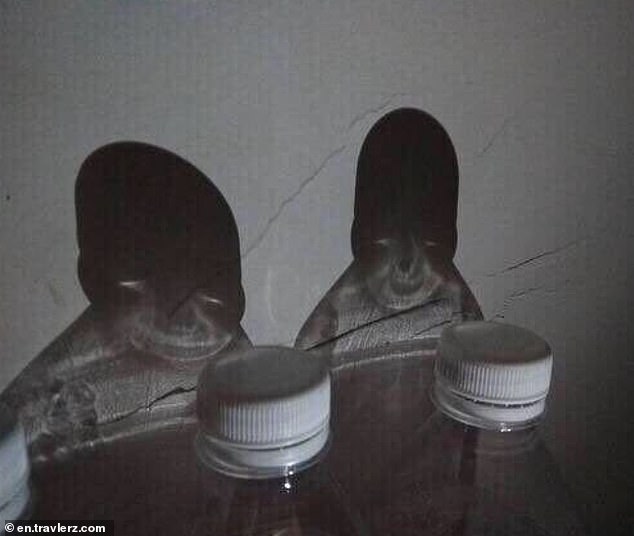 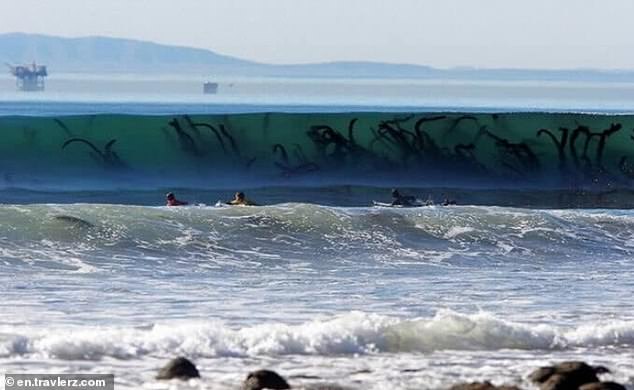 Coming to get you! The surfers and swimmers enjoying the waves in Monterey Bay take a moment as they see the eerie way in which seaweed spread below the surface 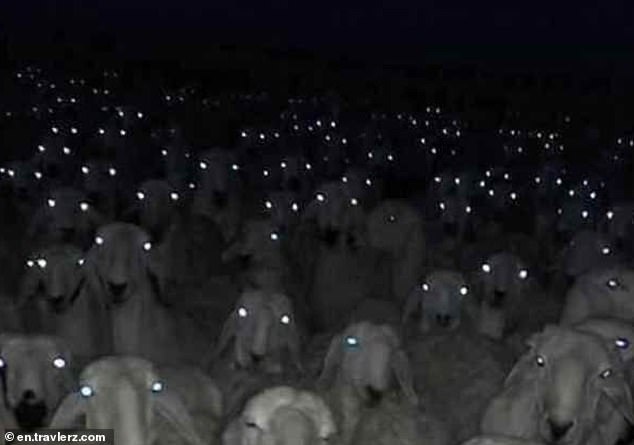 Baaaah! This picture shows a flock of sheep taken at night They eyes glinting in the night makes for unsettling viewing 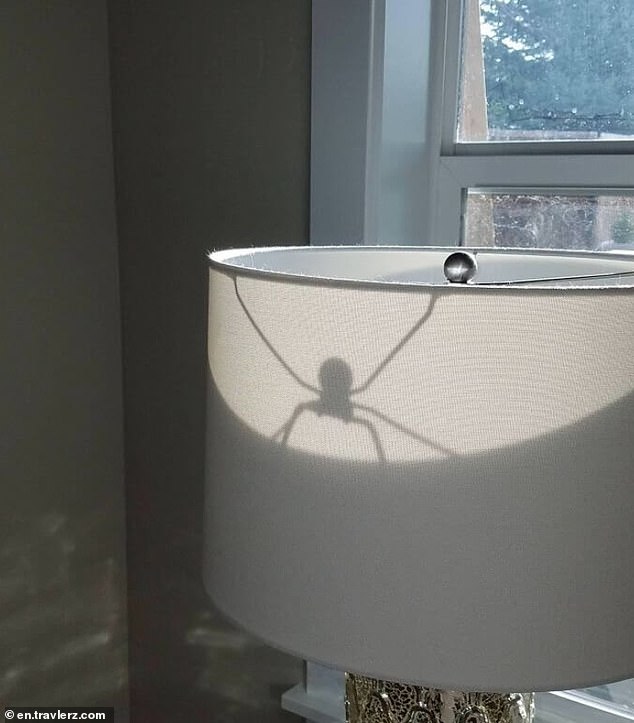 Not a sight we’d want to come home to! One person caught the scary shadow of a spider hiding in their lamp 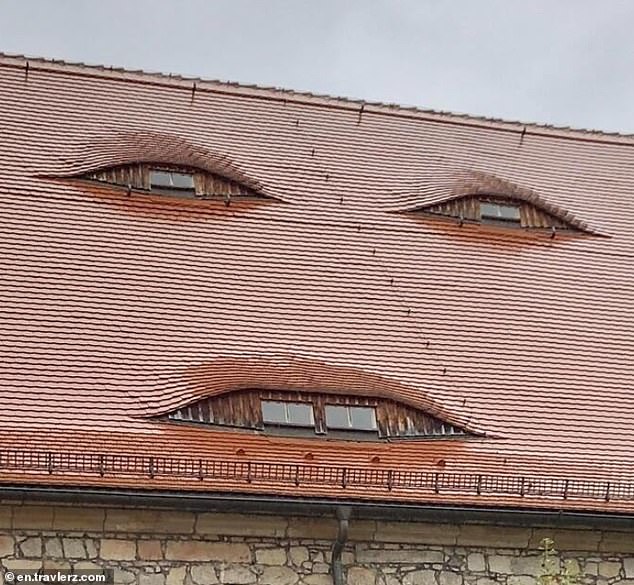 Slated for a fright! The face created on this roof in with tiles and glass is rather unsettling when you look up. It is actually a popular attraction, called the Eyes of Sibiu, in Transylvania 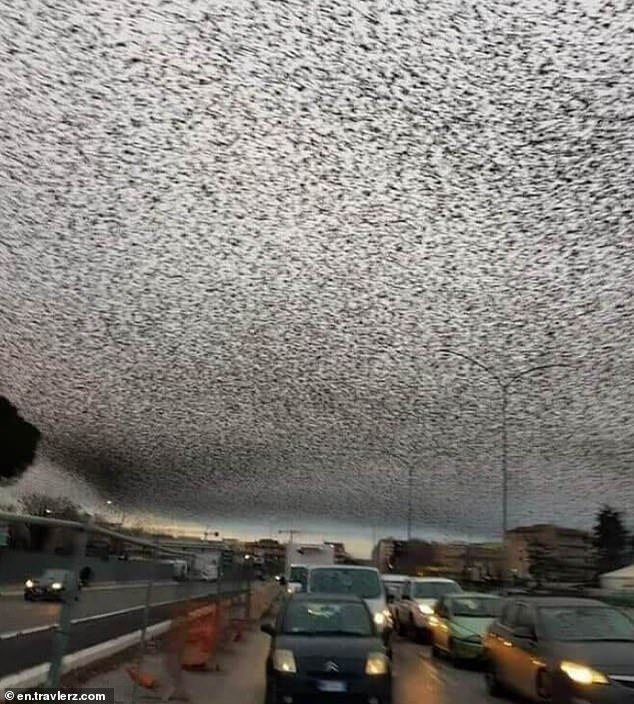 Someone call Alfred Hitchcock! Hundreds of thousands of starlings migrating across the region covered the skies of Rome 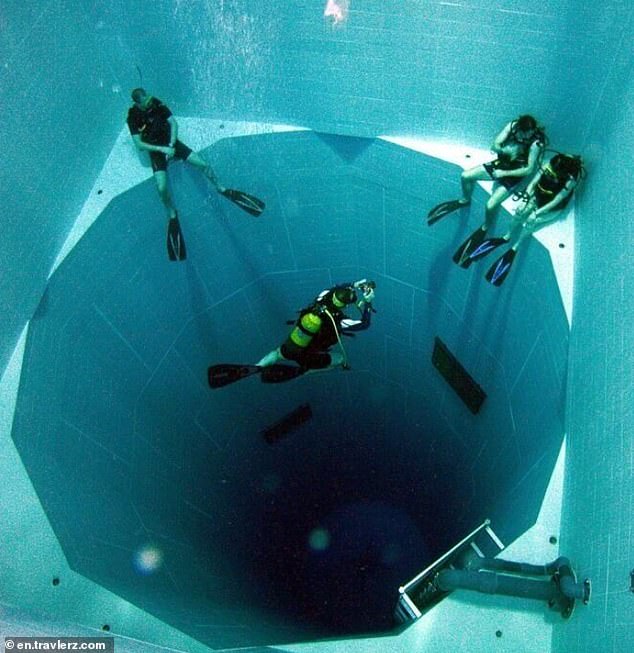 Don’t fancy jumping in! This picture shows a group of divers hovering around what looks like a bottomless underwater well. It is fact the Nemo 33 in Belgium, the deepest indoor swimming pool in the world at the time the picture was taken 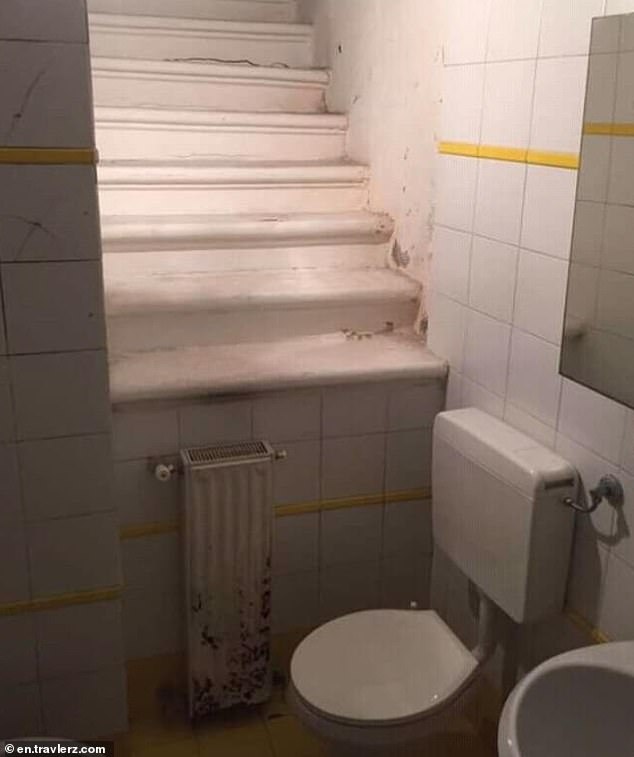 Anyone for the loo? These terrifying toilets are locate at the bottom of dirty stairs, next to rusting heater 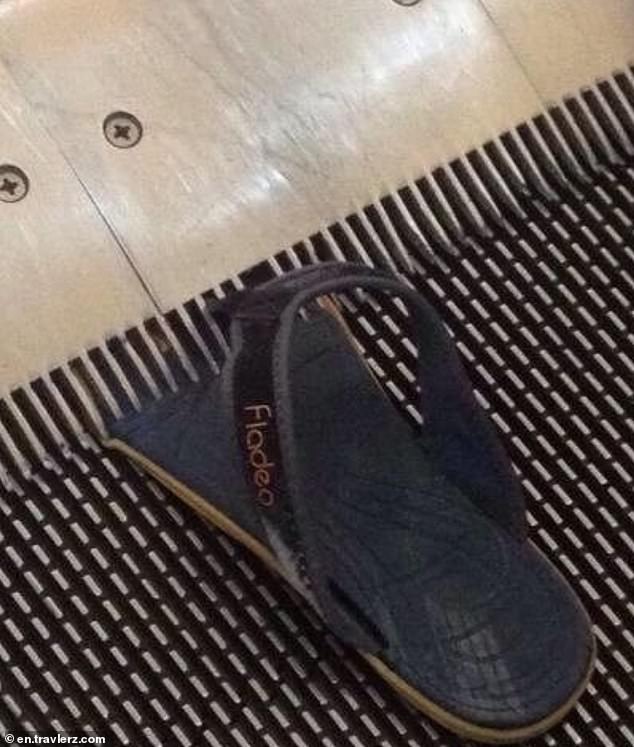 Let’s hope they got their foot out in time! Disturbed shoppers in Indonesia saw this flip-flop stuck at they took the escalator 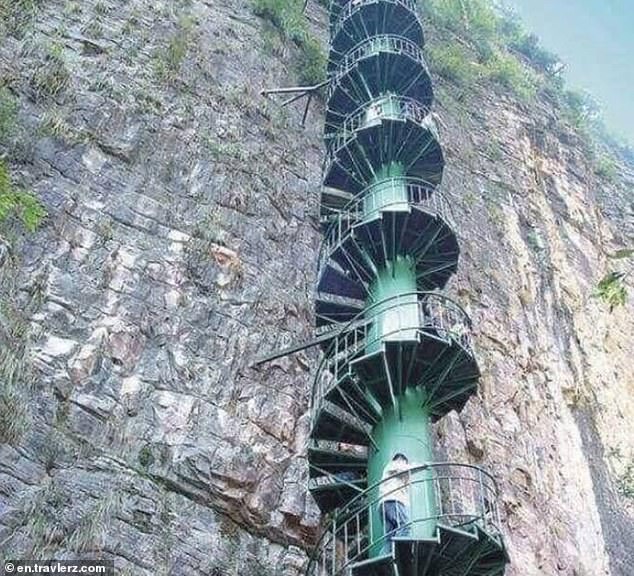 You have to be very brave to take these stairs in the Taihang Mountains of China, which only hold to the cliff thanks to two small steely ledges 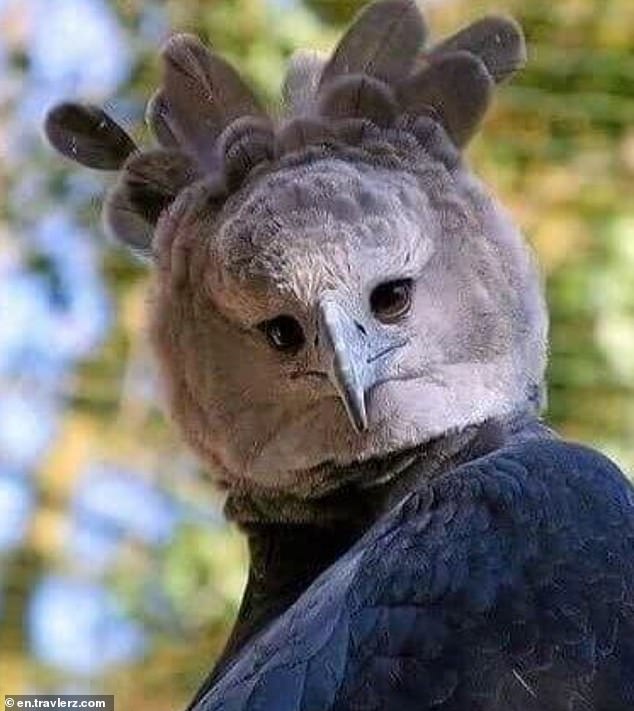 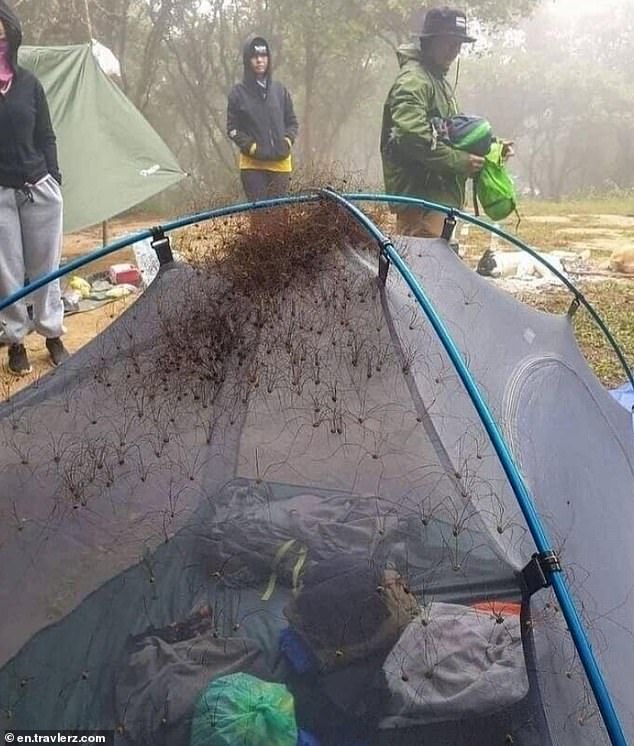 Not so happy campers! Vacationers look on as a nest of spiders crawls and spread all over their tent 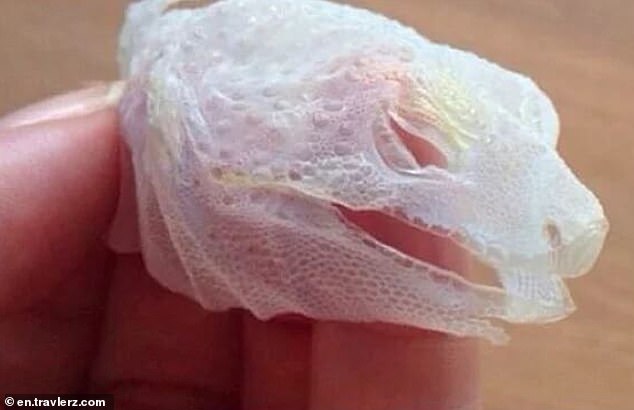 It is natural for reptiles to shed, but this intact shell of a snake’s head makes for a haunting sight 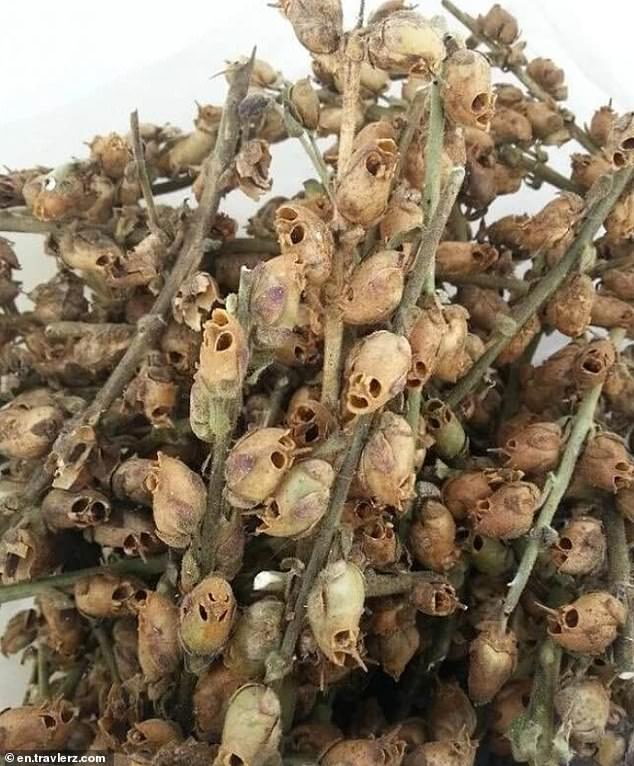 This picture only shows dead flowers, but something about how the petals gather make them look like skulls 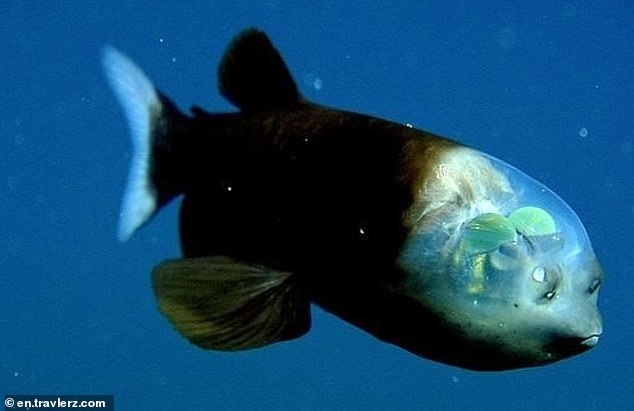 Feeling lightheaded? This fish from the deep sea has a thin layer of skin on its head which  reveals the insides of its head 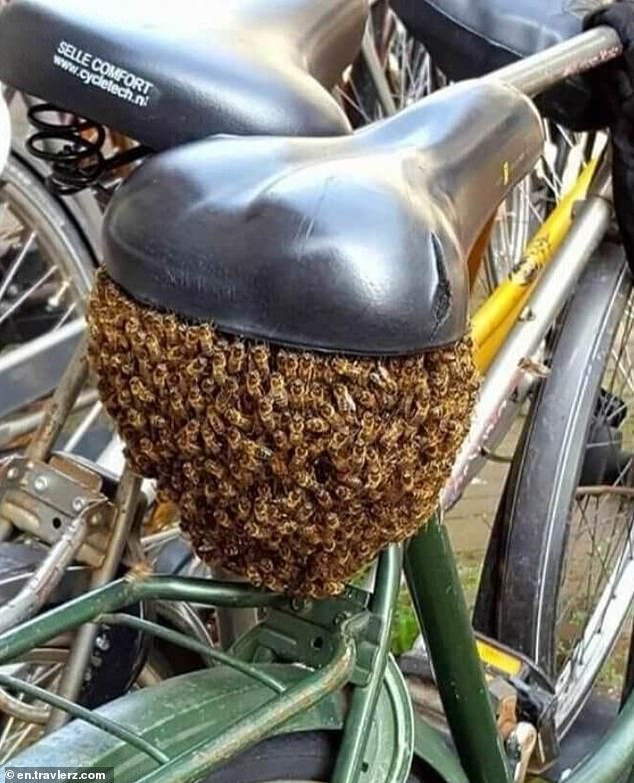 That truly would be a hell of a ride! Dozens of bees have decided to make this bike seat in The Netherlands their nest